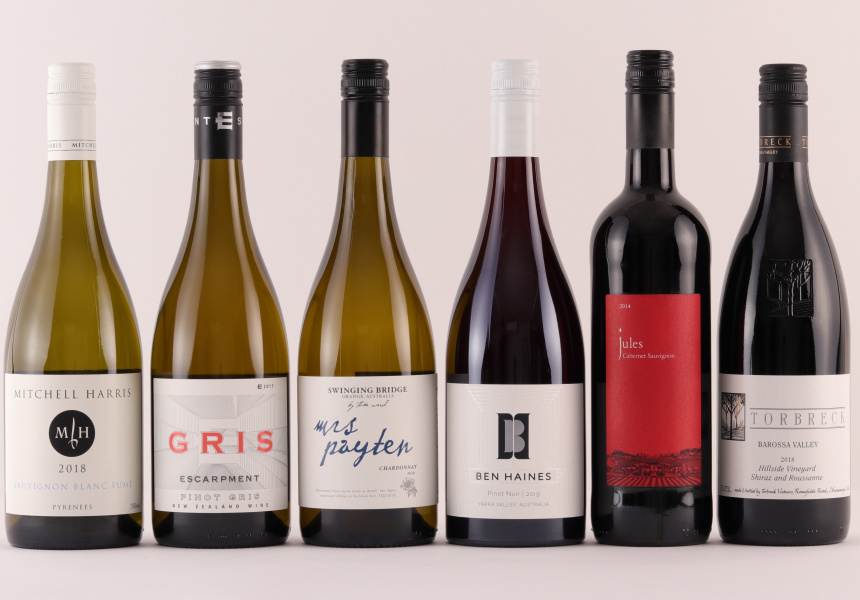 food
Tue 1st September, 2020 – Sun 20th December, 2020
Online
Pre-Covid, you had to be in Dan Banks’s inner circle of family and friends to score one of his mixed dozens. Now he’s offering them to the whole country – along with no-nonsense tasting notes. Expect only the drops he loves out of the hundreds he tastes for Vue de Monde, Etta, Estelle, Bar Liberty and more.

Buying wine when you don’t know much about wine is no longer the daunting task it once was. It’s easy to get recommendations from bottle-shop staff based on the flavours you like, what you’re having for dinner, your mood, even the weather.

And we’re talking about wine in more approachable terms than ever – less minerality, perfume and complexity; more zing, drinkability and “icy Ribena” .

But buying is only half the battle. It’s months later, that bottle-o chat long forgotten, looking through bottles stacked up at home – some with beautiful, elaborate labels but without a word of useful copy, others written entirely in French – that you can get stuck all over again.

Viticole is a new online wine shop where every bottle – whether a fresh, fruity beaujolais from France, or a floral marsanne from the Yarra Valley – comes with a tag of succinct, straightforward tasting notes, like a little cheat sheet.

It’s by Dan Banks, who’s been in the wine industry for the last decade. When Covid struck he was working for French wine importer Vintage and Vine, supplying drops to some standout Melbourne eateries – Vue de Monde, Etta, Bar Liberty and Estelle among them.

On the side though, he was putting together mixed dozens, just for his family and close friends, complete with notes such as “amazing with duck”.

In May, Banks converted his garage into a warehouse and office, and now personally delivers wine around Melbourne (he uses Sendle to reach the rest of the country). He specialises in mixed packs, but you can buy single bottles, too.

Packs are based around the season or a theme, such as Weeknight Quaffers (“drink at home, in front of the telly”); Australian Wines; and the Tour De France (sourced from French regions associated with stages of the tour, from Savoie through to Provence).

After the bushfires and the pandemic, many Aussies are feeling motivated to support local producers more than ever. But Banks says he chooses to include international wines not because they’re superior, more to mix things up.

Viticole delivers free to metropolitan Melbourne, and for a $15 flat fee to the rest of Australia. Mixed-pack pricing ranges from around $20 to $50 a bottle.