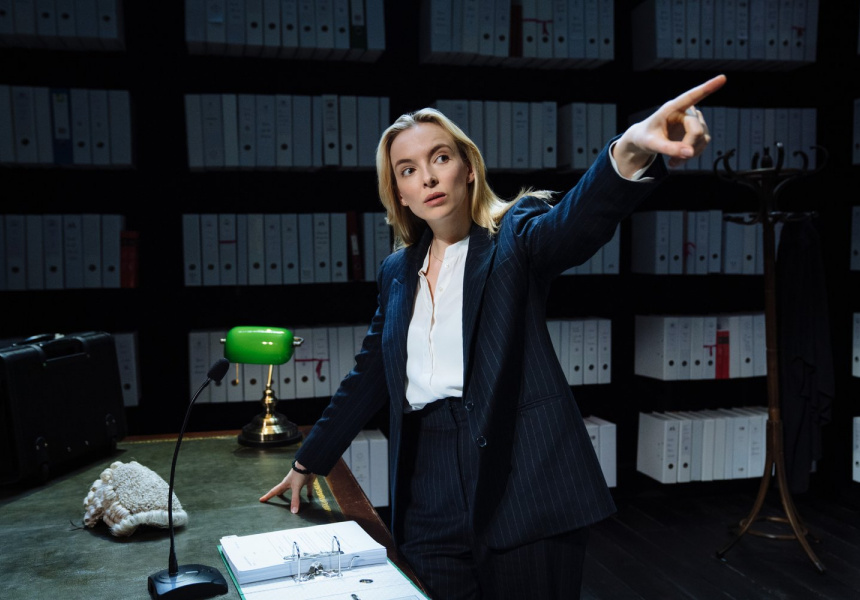 But recently she made her debut on London’s West End in searing one-woman play Prima Facie, which was written by Australian-British playwright Suzie Miller. (It premiered in Australia pre-Covid at Sydney’s Griffin Theatre Company.)

Comer earned critical acclaim for her performance as Tessa, a brilliantly bold barrister. She’s a force to be reckoned with – grappling with, and confronting head-on, the failings of the Australian legal system in its treatment of sexual assault cases.

From July 23, a live recording of the play will be broadcast from the Harold Pinter Theatre in the West End to select Aussie cinemas. It’s part of the National Theatre’s groundbreaking project aimed at sharing its world-class theatre far and wide.