Produced by Broadsheet in partnership with MONA. entertainment
Sat 11th January, 2020 – Mon 20th January, 2020
Museum of Old and New Art
Price: $29 - $139 (plus booking fee)
Buy Tickets
The always surprising, sometimes alarming celebration of music and art from around the world is back in 2020, bringing an explosive array of performances and parties to Launceston over one long, proudly hedonistic weekend.

Curated by Brian Ritchie of the Violent Femmes, the Museum of Old and New Art’s annual summer festival will call the Launceston suburb of Inveresk home this year. At the festival hub, Japanese neo-kawaii punks CHAI, masked cowboy crooner Orville Peck and intergalactic party shaman Flying Lotus are among the international artists coming together to summon the party.

Forty years after they formed, Slovenia’s industrial kitsch pioneers Laibach will perform their take on The Sound of Music, while cabaret queen Amanda Palmer will transform confessions from the women of Launceston into a bruising new show, There Will Be No Intermission: An Evening of Piano, Pain and Laughter.

On stage at Launceston's Princess Theatre, Australia's favourite troubadour Paul Kelly will open his songbook and share songs, stories and poetry in Thirteen Ways to Look at Birds alongside collaborators James Ledger, Alice Keath and the Seraphim Trio. The famed composer Ludovico Einaudi – known for a style and scope that compelled him to play a grand piano floating among icebergs in the Arctic – invites you to immerse yourself in Seven Days Walking, a new project inspired by a winter walk through the Alps.

A coming together and celebration of traditional food, art and architecture, kipli paywuta lumi, meaning “food to sustain us” or “food across time”, takes its name from the Tasmanian Aboriginal language of palawa kani. From the festival hub in Inveresk, a bus will take you from the city for a twilight celebration in the bush. A menu featuring traditional palawa ingredients sourced from around the island will be served inside a specially designed, contemporary lina (a palawa bush hut dwelling).

It wouldn't be Mona Foma without a dedicated night of after-hours revelry. The debaucherous nightclub Faux Mo commences at 9pm with the theme of “Working 9 to 5”, and you're encouraged to stay on the clock all night long. Although the line-up remains under lock and key until 26 November, tickets for the party always sell out, so it's best to book one now if an all-night affair – with a light “breakfast” served at 4am – sounds like your kind of work day.

Produced by Broadsheet in partnership with MONA. Learn more about partner content on Broadsheet. James and the Giant Peach With Taika & Friends 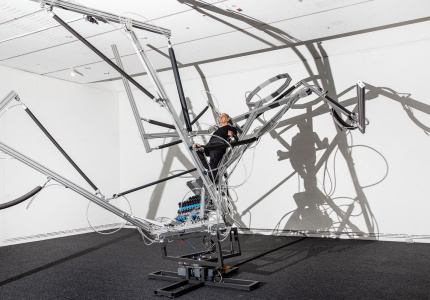