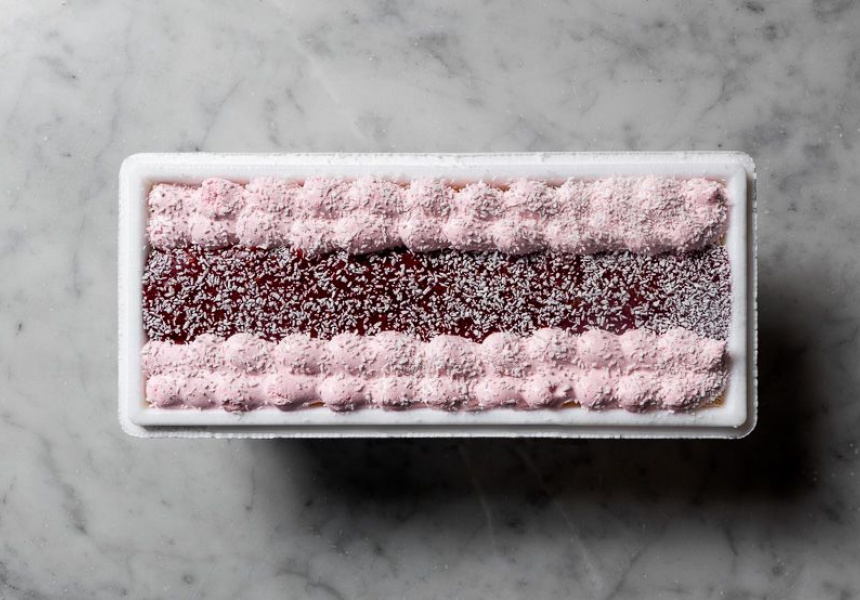 food
Mon 18th January, 2021 – Sun 24th January, 2021
All Gelato Messina stores except The Star and Coolangatta
Price: $30
Buy Tickets
One of our favourite gelaterias is bringing back its fresh take on one of Australia’s favourite biscuits – but only for a limited time.

Cult gelateria Gelato Messina is once again releasing a zhooshed-up version of an Iced Vovo – arguably the greatest Arnott’s biscuit of all time.

It was originally born last year out of a collaboration with chef Lennox Hastie from pioneering Sydney restaurant Firedoor.

The dessert itself is a blend of shortbread biscuit, toasted coconut, marshmallow and raspberry ripple. The raspberry, the coconut: it’s all there. And it looks like the classic teatime bickie transformed itself into an ice-cream cake for a kids’ birthday party.

Pre-order a litre tub here from 10am on Monday January 18 for pick-up at your nearest Gelato Messina store between January 24 and 26.