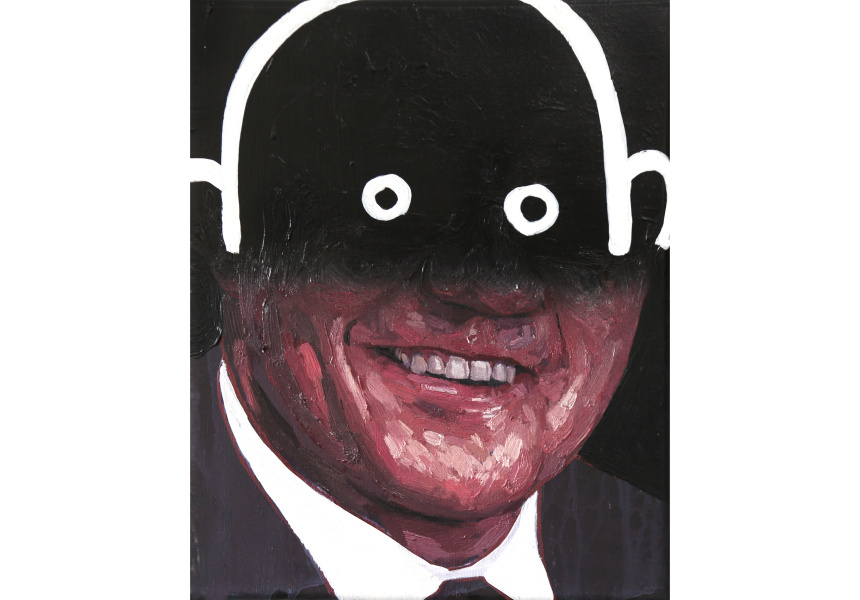 Now in its fourth year, community radio station FBi’s biennial art auction attracts some of the biggest names in the Australian art world, along with some of the industry’s most exciting emerging artists.

Two-time Archibald Prize finalist Tony Albert has contributed a large, minimalist work of ink and acrylic on paper, featuring the southern cross and the words “I want to believe” written across it – with “lie” highlighted.

Emerging artists include Wiradjuri conceptual artist and 2020 Wyndham Art Prize-winner Amala Groom, who will donate her commission to an Aboriginal family whose son was killed by police; and Korean-Australian Hyun Lee, who has submitted a large, arresting archival print titled Girl on Fire.

In previous years the auction has been staged as a physical exhibition at the National Art School, AGNSW and MCA. Given current venue capacity restrictions, this year the exhibition is going digital for the first time.

From 10am on June 15 listeners can start bidding in a silent auction for the 70 artworks, which range from oil on canvas to etchings and sculpture, with reserves beginning at $100 and going up to $3000. The auction will run for a fortnight, and proceeds from the auction go to the artists themselves, with a percentage to FBi to raise the critical funds that keep the station running.

Since its launch in 2003 FBi has been a staunch supporter of Sydney’s music, arts and cultural industries, with programs such as weekly arts show Canvas, and its culture guide pointing people to upcoming gigs and events.