Produced by Broadsheet in partnership with BWS. BWS Cooler is back – and offering $20 million worth of prizes along the way.

Located in the free BWS app, the game lets you swipe the ice off a virtual cooler once a day to see if you've won. Running from January 5 – March 1, this year’s grand prize is $50,000 cash – but that’s just one part of this huge prize pool.

It also introduces SipCoin, BWS’s new “digital currency” that can be spent on four categories: beer, wine, spirits and premix. Won in increments of $5, $7 and $10, SipCoin act as vouchers that customers can redeem in store and/or through the BWS app by placing a pick-up or delivery order.

Players also have a 1-in-3 chance of winning instant prizes ranging from a generous array of drinks products (including beers, seltzers and G&Ts) to electronics like a Samsung Galaxy Z Flip smartphone, a Samsung 65-inch Smart TV, a GoPro action camera and a drone. Also up for grabs are vouchers for brands such as The Iconic, Booking.com, Ampol, Kogan and Menulog, plus immersive experiences including Patrón tequila masterclasses and a Hendricks Gin hot-air balloon ride.

There’s also a range of bespoke summer-themed prizes like picnic hampers, stocked coolers and portable speakers as additional prizes throughout the promotion. Start swiping to win. The BWS Cooler runs from Wednesday 5 January until Tuesday 1 March and is free to play. Participants need to be located in Australia, aged 18+, and the promotion is not available in the Northern Territory.

This article is produced by Broadsheet in partnership with BWS.

Produced by Broadsheet in partnership with BWS. Learn more about partner content on Broadsheet. 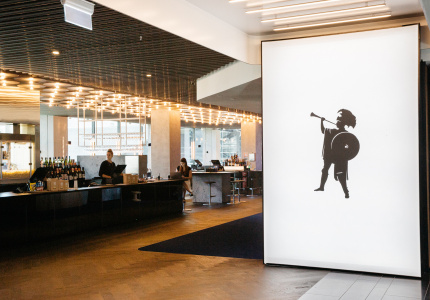