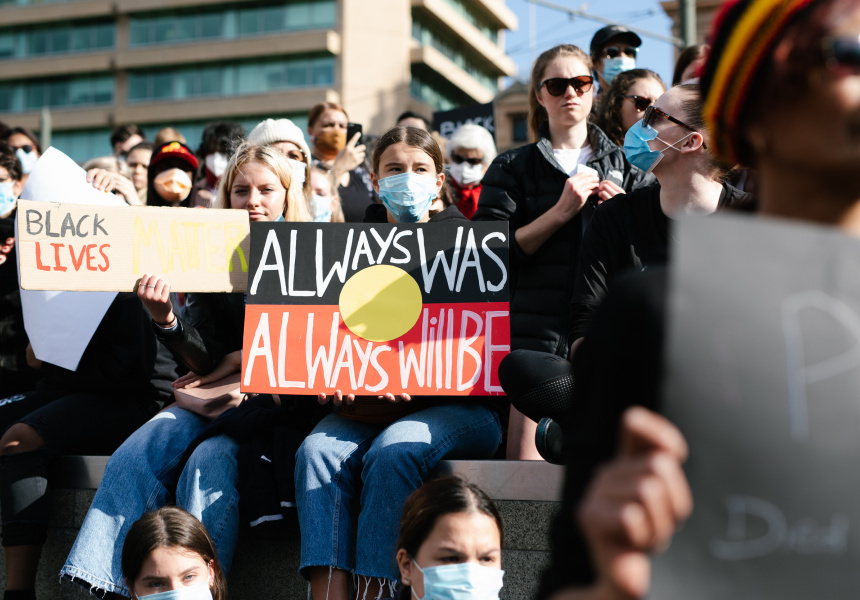 With Black Lives Matter protests still happening around the world in response to the killing of George Floyd in Minneapolis, Australians have been urged to look more closely at the systemic police brutality in our own country. More than 400 Indigenous Australians have died in state custody or at the hands of law enforcement since the 1991 Royal Commission into Aboriginal Deaths in Custody.

This panel discussion – organised by IndigenousX, an online platform that amplifies a diverse range of Indigenous voices – will examine police brutality, its impact on deaths in custody, and the role of protests in achieving reform.

It will be live-streamed on June 28 direct from the Sydney Opera House’s Joan Sutherland Theatre as part of the venue’s From Our House to Yours digital program.

Hear from Professor Larissa Behrendt AO, a Eualayai/Gamillaroi woman, who’s the Director of Research and Academic Programs at the Jumbunna Indigenous House of Learning at the University of Technology in Sydney; Deng Thiak Adut, who was a child soldier in South Sudan before immigrating to Australia, and is now a refugee advocate and lawyer; and barrister Tony McAvoy, a Wirdi man, who chairs the NSW Bar Association First Nations Committee.

The panel discussion will be Auslan interpreted. Stream it live or on-demand afterwards here.