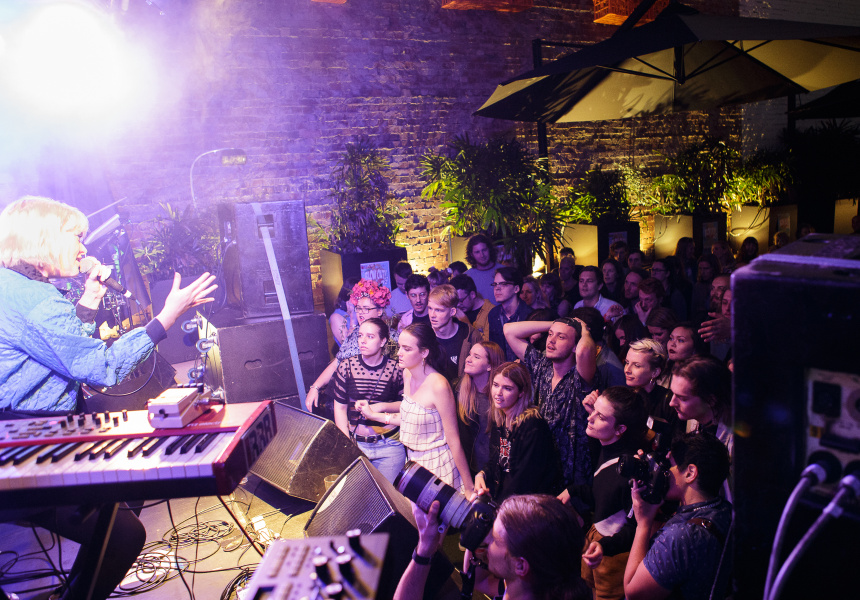 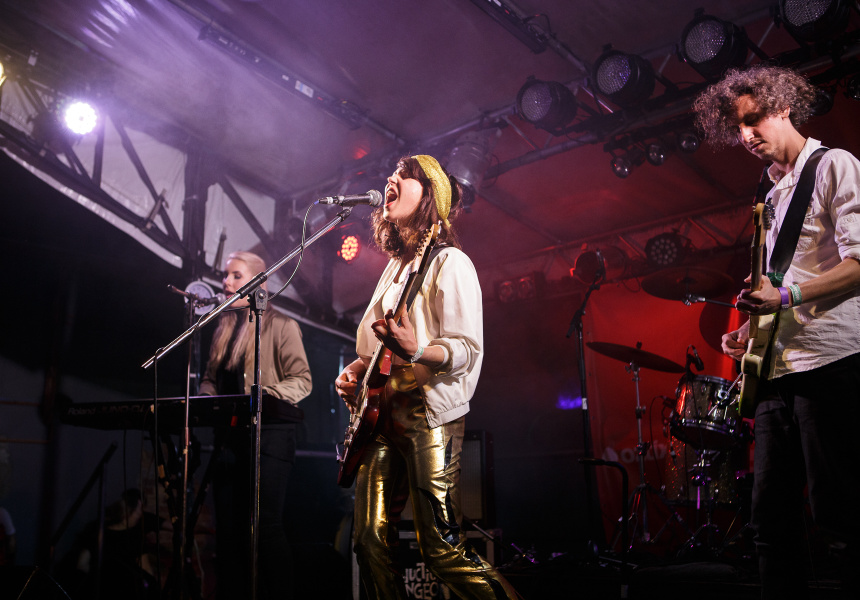 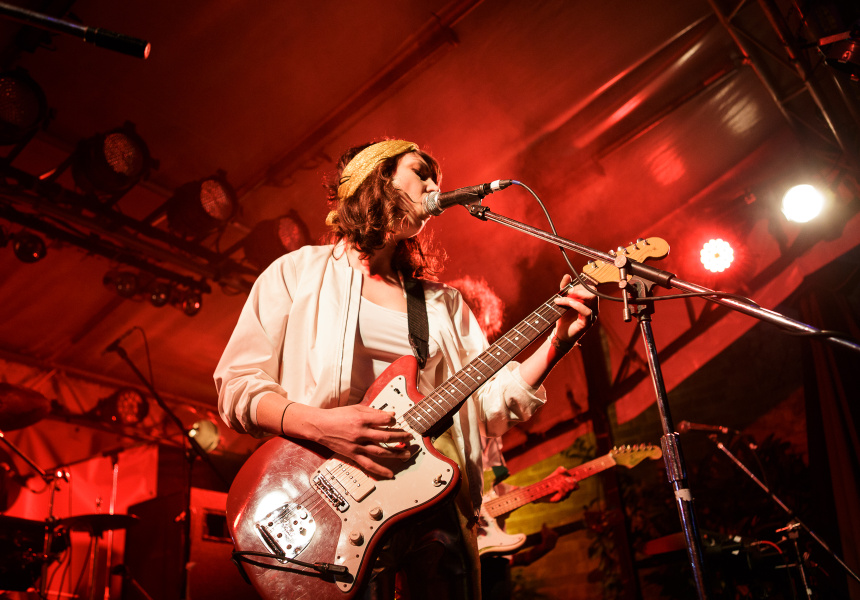 The secret to BIGSOUND is Fortitude Valley. Brisbane’s entertainment precinct is treated with plenty of ambivalence by locals, but has a cluster of live-music venues unlike anywhere else in the country. These aces up the Valley's sleeve mean that in the space of just a few small, inner-city blocks you can fit 160 artists in three days across 15 venues within a two minute walk of each other.

Highlights were everywhere at BIGSOUND 2016. You could stand shoulder-to-shoulder with Courtney Barnett in Barbara and watch her Milk! Records signing, Loose Tooth, or wander across the road to The Brightside for a lunchtime showcase of the Sunshine Coast's finest. You could do your research, comb the program and spend your days literally running between venues, our go with the flow and still have an amazing time.

There was an ever-so-slightly top-heavy feel to this year’s line-up, but many of the acts already getting attention showed they were worthy of it. Sampa the Great and her band overcame a PA so quiet you thought noise restrictions must have been in place. LANKS managed to get a typically crossed-arms industry crowd to actually dance. And while you can’t avoid the term “emo” when talking about Ceres, the Melburnians proved a great rock’n’roll band can still wring a lot of life from the genre with a charismatic, gutsy set.

So, some picks. A disclaimer: even with five writers on the ground there was no hope of getting to everything. There’s a chance the next great artist is one we missed while queuing for the toilets. Then again, we’re professionals, and we have bladders of steel.

HABITS
Melbourne duo HABITS pounced onto the Heya Bar stage with a brutal wash of gothtronica and intense voguing. If the sinister grime of recent single Reverend Mother didn’t grab you then the androgynous pair’s high-energy, harsh brows, gelled-down peroxide hair and shirt-dresses certainly did. At one point a punter who felt they'd waited long enough for their tapas order, fanged into the front row to erratically wave his table-number stand. Nothing quite like having a doof while tucking into some delicious satay skewers.
- MA

Telling
You missed a trick if you left Woolly Mammoth after Braille Face’s set. Sitting in a similar pocket to its younger label mate, Telling’s sound is built atop Tim Shiel’s deep washes of sound and beats both brittle and propulsive. Finding its way through Shiel's fog is the voice of Ben Abraham, which is occasionally pulled apart and put back together but demands (commands?) attention at all times. The hype surrounding Braille Face is legitimate – he’s enormously impressive. But he’s also an artist still coming into his own, and we can take our time showering him in hype. Don’t wait on Telling. They're already there.
- TF

FLOWERTRUCK
Another all-caps act, FLOWERTRUCK has over the past two years built a devoted (and we don't use that word lightly) fan base in Sydney. Unashamedly referencing great Australian and New Zealand bands of the 1980s (The Go-Betweens, The Celibate Rifles, any number of Flying Nun acts), FLOWERTRUCK is ridiculously infectious and relentlessly sunny. At the New Globe on Wednesday night, razor-sharp artistry, sublime melodies and charismatic frontman Charles Rushforth all come to the fore. But there’s something else going on here. Watching any artist, you want to feel as though they’re not doing this because they want to, or even love to, but because they have to. FLOWERTRUCK gives you that commitment. It’s all in.
- TF

Gooch Palms
With 150 bands featuring at BIGSOUND 2016 it’s little wonder charisma is so prized. Newcastle duo Gooch Palms have got it, along with swathes of sweet melodic garage-punk that carves away the excess of their surrounds. Leeroy Macqueen and Kat Friend have always seemed like fantastical characters cut from their own cartoon – he with the punk-mullet and chest tatts; she with the wide eyes and lurid hair – and yet at the Empire Hotel on Thursday night they made so many po-faced bands look positively foolish. Whether it's a recent year spent based in Los Angeles and touring the US, or the general maturation of a band that once-upon-a-time seemed one-dimensional, Gooch Palms’ wild and scuzzy good time party set proved that simply relishing what you do can be insanely addictive.
- MT

Lastlings
Bandied about pre-BIGSOUND as a “must-see”, Gold Coast sibling pair Lastlings more or less lived up to the hype. They captivated a full-house at The Flying Cock with dreamy electronic pop and a mesmerising stage presence. Josh Dowdle’s floating synths and guitar were a perfect underlay for the luscious crooning of younger sister Amy. They lulled the audience with the melodic Wavelength and upbeat new single, You. The Triple J Unearthed finalists supported the Glass Animals on a recent Australian tour – impressive considering Amy is only 16.
- MA