Produced by Broadsheet in partnership with Tourism Tasmania.

Some of the country’s best festivals take place in the middle of winter in our island state. In partnership with Tourism Tasmania’s Off Season, here’s what’s happening at five of Tassie’s best winter blow-outs. 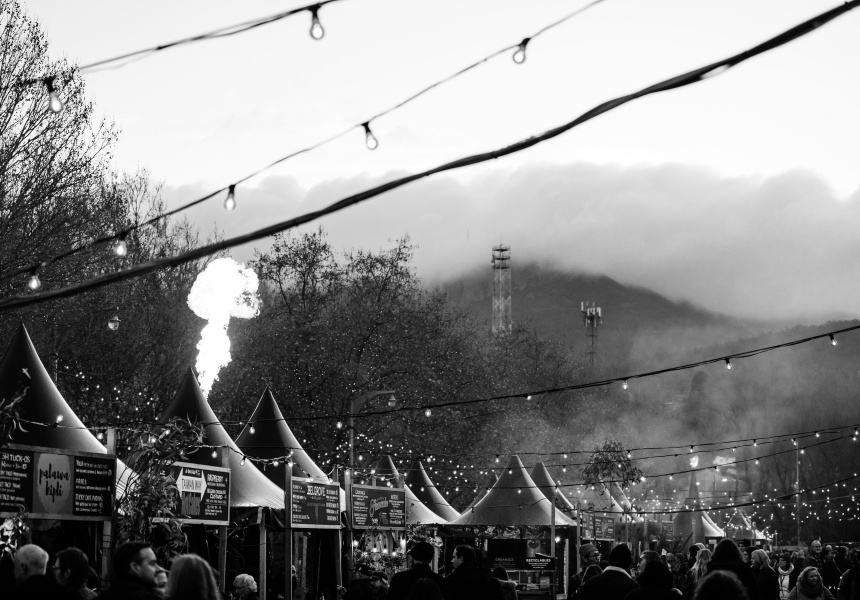 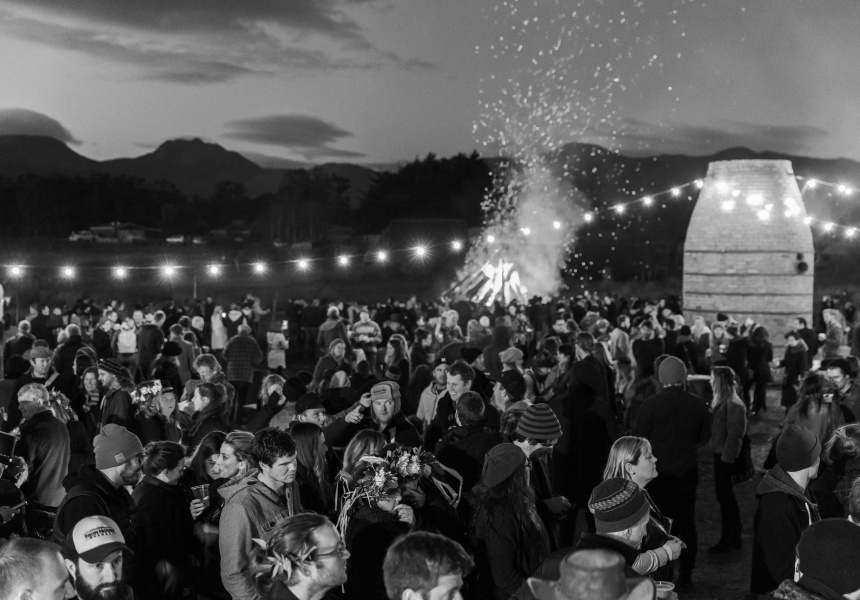 Mainland Australia likes to celebrate summer. But the rest of the country could learn a thing or two from Tasmania, a place that embraces the chill and turns long winter nights into a reason to jet south. Down this way, the colder months are when the cities and towns come alive (and things get a little weird).

Grab your biggest coat and add these five wild winter festivals to your travel plans.

Festival of Voices
Festival of Voices is a glorious event wholly dedicated to the joy of singing. It started in 2004 and has built a loyal following – once you realise how fulfilling it can be to sing out loud in public, it’s hard to give up the feeling. This year, the festival runs across the state from July 1 to 10, and you can catch performances, events and workshops featuring all types of singing styles, from a capella to choral, contemporary and cabaret. Don’t miss the Big Sing Bonfire, which is exactly what it sounds like: a community of people gathered around a toasty fire at Macquarie Point in the middle of winter, to sing at the top of their lungs in the crisp air.

Tasmanian Whisky Week
Tassie’s clean air, pure water and excellent locally grown barley is the reason so many distilleries and breweries choose to set themselves up down south. Tasmanian Whisky Week is a seven-day Off Season celebration of the smoky, warming spirit for which the state has developed an international reputation. Running from August 8 to 14 this winter you can catch events and tastings at 30 distilleries, including the popular Lark Distillery, but also smaller names such as New Norfolk. It all culminates in flagship event The Tasmanian Spirit Showcase, which will be held at PW1 in Hobart.

Beaker Street Festival
Beaker Street is a two-week festival (August 5 to14) of arts and science that culminates in the Dark Sky Weekend at Spring Bay Mill (a waterside venue about an hour’s drive out of Hobart). The event to put in your diaries is the Dark Sky Party: a celebration of science with live music (from Brian Ritchie and Blaise Garza of the Violent Femmes), talks from astrophysicists, and food and drink from local producers. The “dark sky” movement is an international campaign to free the night skies from man-made light pollution, which affects our health and natural ecosystems. Tasmania is home to some large swathes of pristine dark skies – when you’re not dancing, sit around by the bonfire and look up at the stars.

Huon Valley Mid-Winter Festival
Tassie’s Huon Valley region in the south of the state comes alive during its Mid-Winter Festival, which takes place on an apple orchard over a weekend in July. There’s music, festivities and lots of costumes, but the iconic event is the Wassail: a ceremony based on an old English tradition to scare away evil spirits from the region’s apple orchards. Revellers gather around a huge bonfire and “awaken the apple trees” by banging pots and pans and chanting. Then it’s time to bless the trees with cider from previous years. BYO pots and pans (that’s not a joke).

Dark Mofo
But of course, there’s also the strange, pagan delights of Dark Mofo. Years on from its launch in 2013, it still manages to be one of Australia’s most exciting and unique festivals, with a never-not-stellar line-up of art, music, food and interactive events. This year it’s taking place June 8 to 22, with music headliners Kim Gordon of Sonic Youth and Indigenous superstar the Kid Laroi hitting the stage. At night, exhibitions and interactive events bring the city to life. Don’t forget to visit the Winter Feast – a sumptuous banquet that draws people from their homes, to celebrate the season with fire and dancing. It also attracts some of Australia’s best chefs.

This article is produced by Broadsheet in partnership with Tourism Tasmania. Explore more wild, weird and wonderful experiences during Tasmania’s Off Season.

Produced by Broadsheet in partnership with Tourism Tasmania. Learn more about partner content on Broadsheet. Cold Plunging into the Deep Chill of Tasmania's Winter A Scenic Flight Into The Wilds Of Southwest Tasmania