Grab a damn fine cup of coffee (and pie if you’ve got it) and immerse yourself in a topsy-turvy world (other than the one we’re currently in). 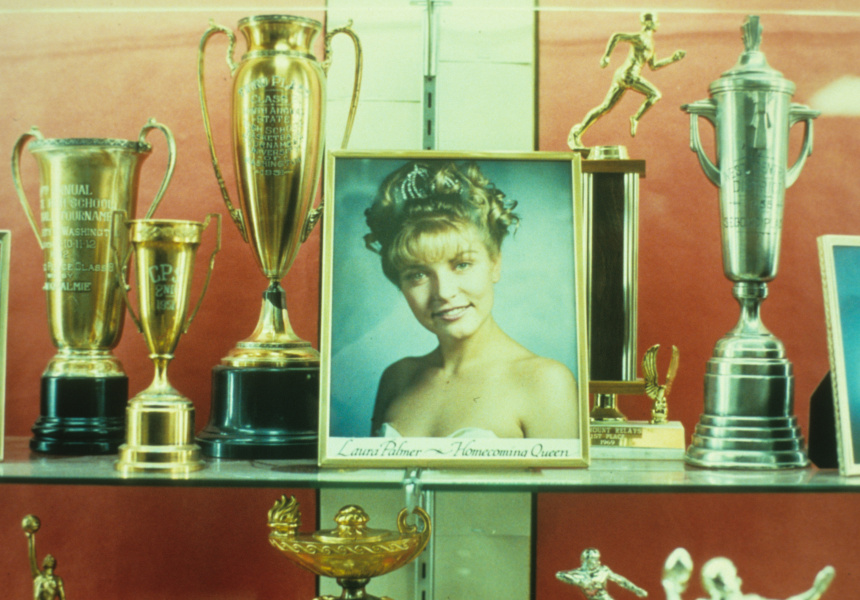 “She’s dead, wrapped in plastic.” It’s been 30 years since lumberjack Pete Martell uttered those iconic first words in the pilot episode of Twin Peaks. Since then (and despite initially running for just two seasons) the ground-breaking David Lynch TV show has garnered a cult following and spawned a movie and a third season (which aired in 2017). It also cemented charming special agent Dale Cooper, played by Kyle MacLachlan, in pop culture history, for his obsession with coffee, his pure glee for eating pie, and his Taoist observations on life.

To celebrate three decades of Twin Peaks, MacLachlan is hosting a viewing party tomorrow, Thursday April 9. It’ll kick off at 11.30am in California (4.30am on Australia’s east coast) with MacLachlan live-tweeting his way through the first episode of the first series. It might be a little early here in Australia, but a damn fine cup of coffee, black as midnight on a moonless night, should sort you out. He’ll follow it up with an Instagram livestream at 6.20am, where he’ll answer questions from fans, joined by a mystery guest.

“Here’s a clue: she’s the apple of Gordon Cole’s eye,” MacLachlan said of the special guest in an Instagram video. Gordon Cole is a hard-of-hearing character played by the show’s creator David Lynch. In the show’s original run, he’s smitten with waitress Shelley Johnson, leading Broadsheet to believe Mädchen Amick, who portrayed Johnson in the series, may be the mystery visitor.

If you fancy hosting a virtual viewing party of your own, Stan is currently streaming all three seasons of the show.

Follow MacLachlan’s live tweets here and Instagram Live here on Wednesday April 8 at 11.30am in California (4.30am on Thursday April 9 on Australia’s east coast).