The Melbourne four-piece digs deep on a sparkling second album with quarter-life crises to spare. 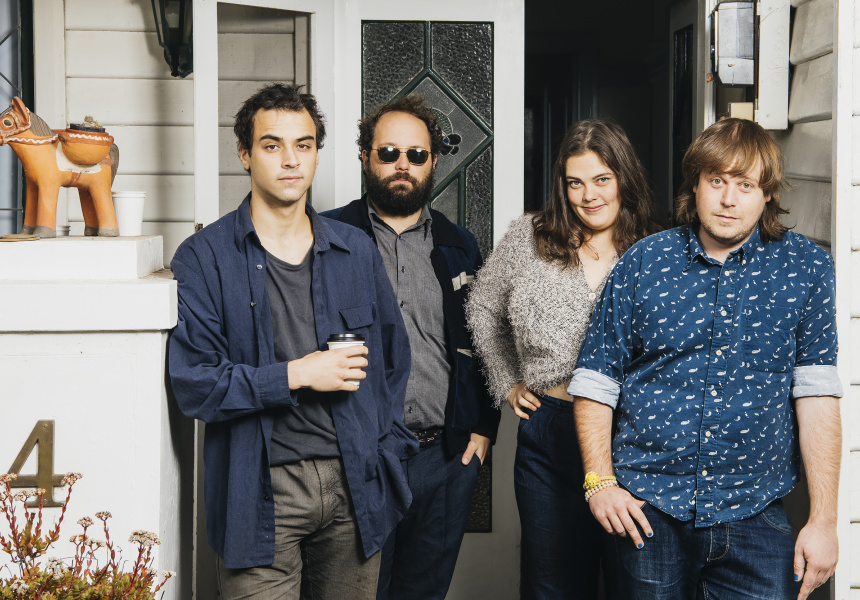 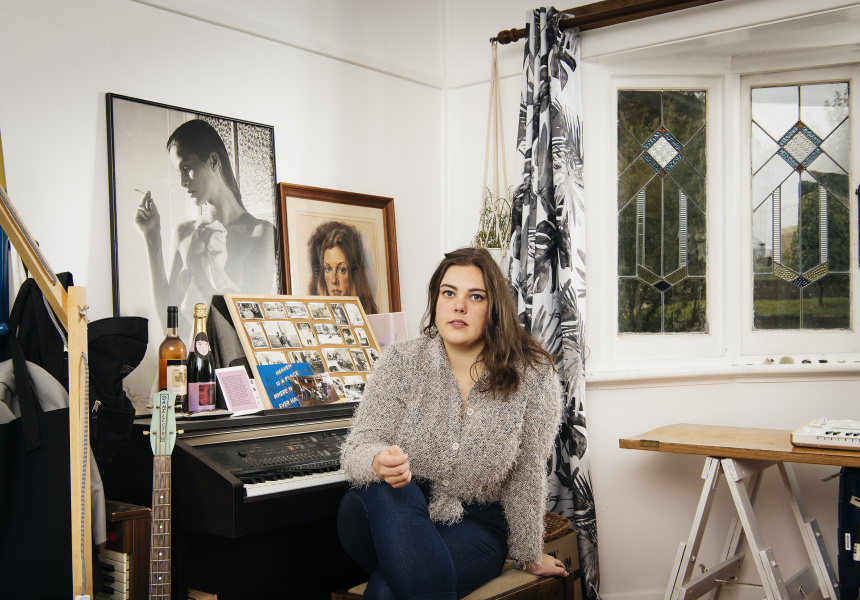 Totally Mild’s new album, Her, is a record about settling down that refuses to settle.

Blending the sweet, melodic pop of Camera Obscura and Belle & Sebastian with a brooding undercurrent of millennial ennui from songwriter Elizabeth Mitchell, the Melbourne four piece turned heads with their 2015 debut, Down Time.

Bubbling up from the rabble of Australia’s DIY scene Down Time stood out from the jangly guitars and knowingly thick accents of Totally Mild’s peers. Mitchell’s inward-looking lyrics are gilded in raked guitar chords and the metronomic bounce of band-hopping drummer Ashley Bundang (Zone Out, Ciggie Witch).

On the surface its follow up, Her, seems to repeat the golden formula until a line like: “I am nothing to stay alive for, I am nothing to die for” swims by to reveal just how bluntly affecting Mitchell’s writing has become.

“When I wrote Down Time I was single, in my early twenties, drinking a lot and kind of having that time when you’ve just moved out of home and you realise you’re living your life,” she tells Broadsheet. “It’s not a rehearsal – [there’s] that fear of potential. I got married while I was making Her, and so it comes from that cohabitation space, which is a different frame of mind. It’s a very weird way to live, I think, and it’s been normalised – beginning to define yourself in relation to this one other person you live with is kind of strange.”

Her grapples with this newfound domesticity and a life redefined by monogamy. “It’s the duality of being happy and desperately being, like: ‘Actually I’m ready to destroy it’,” she says. “That’s how I move through relationships and situations: I find myself being happy but then also question why. Is this good enough? What am I giving up to have this safe domestic life? It doesn’t have to be an all-or-nothing choice, but it’s that weird push and pull.”

The album explores Mitchell’s uncertainty about settling down but was largely written before last year’s marriage equality postal survey made such personal questions a national sport. “It’s weird to release an album that’s so much about marriage and monogamy after the postal survey,” she says.

“It was definitely weird to release it because there was so much tension, and a bit of a spotlight on our relationship. When you’re a married queer couple you’re kind of placed on a pedestal; there’s an expectation for everything to be beautiful and lovely, but part of being queer is to be destructive, I think. So being married and queer is quite a weird tension in my opinion.”

Musically, too, Mitchell has lately found herself testing the virtue of sticking to just one thing. Mitchell recently crossed the Tasman to record a solo album with producer Ben Edwards (Aldous Harding, Julia Jacklin). “I just got back on Friday from almost a month in New Zealand,” she says. “In this place called Lyttelton, it’s really awesome – just out of Christchurch on a mountain. We’d just been at SXSW doing some touring, and my body was just toxic, so it was really nice to have some time on a mountain with some good air.”

The break brought fresh perspective on how valuable a creative outlet Totally Mild is for Mitchell – a good thing, too, because touring for Her is about to begin in earnest. “The solo album is softer and a bit rawer and I’m doing songs that I wouldn’t necessarily play with the band,” she says.

“So [now] I want to … explore where we can take the band, rather than strip things back further. I’m really excited to get back and make another [Totally Mild] record because I feel grateful, even more grateful, for the shorthand and creativity that we have with each other.”

She points to album opener Sky, a slow burner with a suave bassline and a wall of multi-tracked harmonies quite unlike the rest of the album. “It would’ve felt really strange to do that on the first album because it was like: ‘It has to be the four of us all the time’,” she says. “To be frank, it’s fun to explore where you can take that as long as you’ve got the support of everyone else – it’s still a band if we’re all signing off on decisions.”

It’s one kind of domestic bliss that does come easily.

Her is out now.