Art theft, a kitchen in crisis, teen rebellion and strife on the seedy streets of Soho. In partnership with the British Film Festival, we highlight some of the standouts from the 2021 edition. Going to the movies is back – and so is Palace’s annual British Film Festival. Running from November 3-December 1 around the country except for Melbourne where it begins on November 5, the event showcases the best in cinema from the British Isles.

With more than 30 films screening as part of the month-long festival, this year’s line-up features everything from gritty drama to period romance and a charming pensioner stealing a Goya from the National Gallery. Here’s a cheat sheet on what to watch out for.

The Duke
Opening the BFF this year is the Australian premiere of The Duke. The final film by director Roger Michell (Notting Hill), it’s based on the true story of the theft of Goya’s portrait of the Duke of Wellington from London’s National Gallery by 60-year-old taxi driver Kempton Bunton (played by Jim Broadbent) in 1961.

While Bunton’s long-suffering wife (Helen Mirren) struggles to keep up appearances and the National Gallery reels from the first (and to date, only) theft in its history, Bunton announces he’ll only return the painting if the government promises to do more for pensioners. A charming, feel-good film, it’s the perfect note to start the festival.

Boiling Point
A one-take feature based on an increasingly hellish night in a high-end restaurant, the drama starts when chef Andy (Stephen Graham), already buckling under a stressful private life, turns up late for work. Things only get worse from there – troublesome guests, co-workers who are already sick of his antics, and a lecture from a health inspector.

Director Philip Barantini makes excellent use of the single-take approach to crank up the tension – especially in the moments between the big explosions – but this is a showcase for Graham, and his powerful performance as a man we can’t look away from makes this a classic kitchen nightmare.

Last Night in Soho
The long-awaited new feature from Edgar Wright (Baby Driver, Shaun of the Dead) sees him dialling down the comedy in favour of a more ominous tone in this darkly seductive look at the seedy Soho of yesteryear – one so twisty Wright has specifically requested that audience members do not share the plot and spoil it for others.

It follows 1960s-obsessed fashion student Eloise (Thomasin McKenzie) who discovers dreams do come true when her tiny Soho flat becomes a gateway back to the literal ’60s. But the glamorous world of clubs and sultry singers has a sinister side in Wright’s genre hopping drama, and soon the stylish scene around her starts to fracture in ways she couldn’t predict.

Following the life of Eleanor Marx (Romola Garai) in the years following the death of her famous father, this is a stunning representation of Victorian Britain both visually and socially, which also provides a vivid dive into the battle for women’s rights and the fight against child labour in the early 20th century.

The 7 from the 70’s Retrospective
As part of this year’s British Film Festival, the 7 from the 70’s program is bringing back seven iconic hits from one of UK cinema’s greatest decades. For Stanley Kubrick fans it’s a chance to see the stunning 4K restoration of his cult classic A Clockwork Orange, now celebrating its 50th anniversary.

A thought-provoking exploration of teen violence and free will, as well as a showcase for an unforgettable performance from Malcolm McDowell as sadistic gang leader Alex, it was banned from cinema screens for decades and has lost none of its power to shock and confront.

Just as energetic but looking back to the youth gangs of the ’60s, 1979’s Quadrophenia builds on the classic rock opera by The Who to create a vibrant look at the scooter-riding Mod subculture. Trapped by his dull family and dead-end job, Jimmy Cooper (Phil Daniels) escapes on weekends into pills and violence with his mates, but even teen rebellion can’t last forever.

Win one of ten double passes to the British Film Festival courtesy of the festival and Broadsheet. All you need to do is tell us which film on the program you're most looking forward to and why.

The British Film Festival runs from November 3 to December 1 at Palace Cinemas around the country, plus Luna Cinemas in Perth and Palace Nova Adelaide, and November 5 to December 1 in Melbourne. See the full program and details.

Broadsheet is a proud media partner of the British Film Festival. 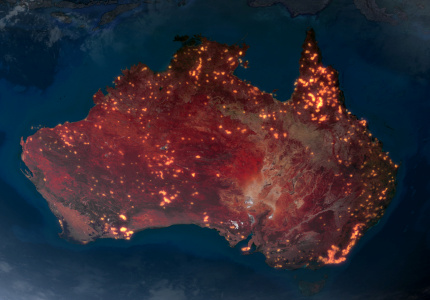