Top End Wedding Is a Loveable Modern Rom-Com With a Powerful Indigenous Voice, and It’s Already a Smash Hit

In Australian cinema, Indigenous characters tend to bear the fury of racism and violence. This new flick, though, from the director of The Sapphires, is unabashedly fizzy. And it made $1 million at the box office on opening weekend. 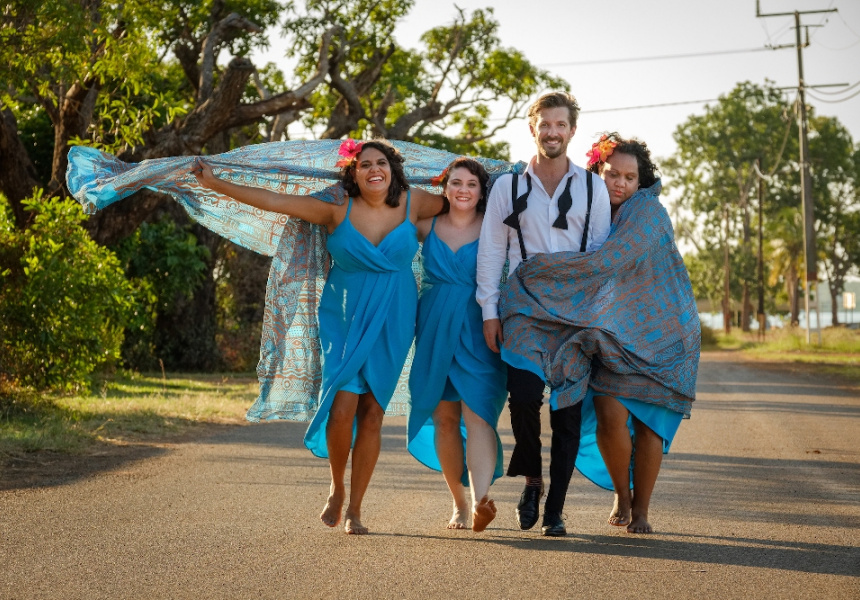 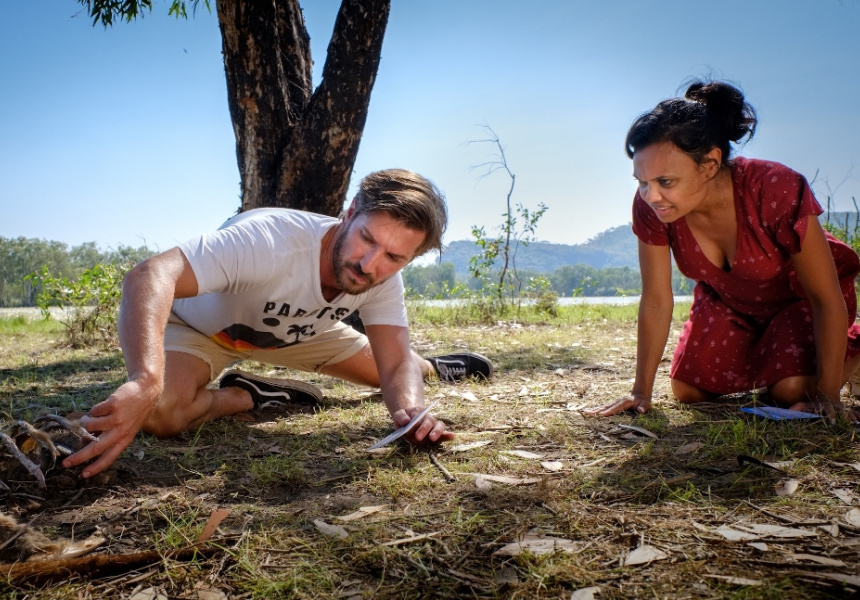 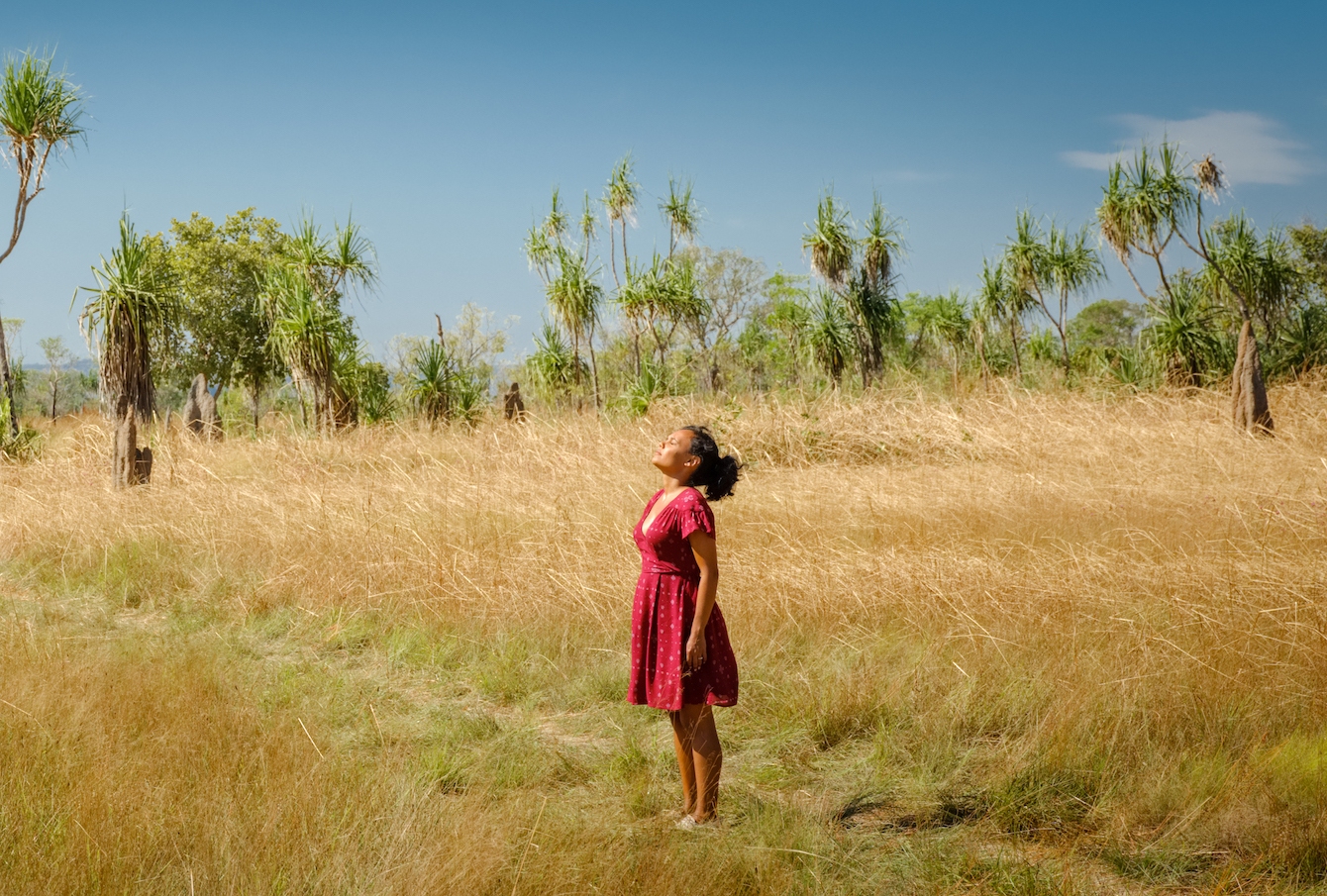 Photography: Courtesy of Goalpost Pictures Australia
1/10
by Will Cox
Share

A few weeks ago, before the Melbourne premiere of new Australian film Top End Wedding, director Wayne Blair (The Sapphires) addressed the audience. “It’s just a film,” he said. “A blackfella-whitefella rom-com. Go out and hug someone you love.”

It was a fitting introduction to an unabashedly fizzy and loveable movie that’s already a hit, taking in more than one million in national box office sales in its first weekend (second only to Avengers: Endgame).

The rom-com is a shape shifting genre, always the same, always different. The same tropes are rigidly adhered to but with endless variation: the cute odd couple; the quirky family; cold feet; a chase scene in an airport; happily ever after.

Top End Wedding sees loved-up Adelaide couple Lauren and Ned (Miranda Tapsell and Gwilym Lee) heading to the Northern Territory to get married in Lauren’s home town of Darwin. Ned, a hapless British expat, is thrown into the middle of a family spat and a mad road trip across the picturesque Top End. It shouldn’t feel as fresh as it does, but no one’s made a rom-com this Australian before.

When I sit down to chat to Tapsell (who also co-wrote the film) and Lee, it’s part of a press junket. The pair is made-up and composed, and we’re surrounded by cameras. It’s hard to break through the veneer of showbiz. They slip into the same roles they play on screen: Tapsell speaks passionately about the film and how important it is to her. Lee smiles British-ly and talks about what an adventure the whole thing has been for him, and concedes that there was very little acting required.

“I’m obsessed with rom-coms,” Tapsell says. “I’ve always been an awkward person, so to be able to watch films with young women figuring out what they want to do with their life, with their career, and the kind relationship they want, it’s so life-affirming to watch.”

The camera-ready smiles of our interview remind me of Tapsell’s other recent high-profile gig, a spot on the ABC’s satirical breakfast TV program Get Krack!n, in which she and Nakkiah Lui guest-host the show. They start off on their best behaviour but they’re gradually, hilariously unravelled by the blinding whiteness of it all. “I’ll tell you about racism,” Tapsell says to the audience, her face painted white. “Because I’ve been living with racism since the moment I shot out of my mum.” Tapsell plays her anger for laughs, but there’s real fury to it.

In Australian cinema, Indigenous voices tend to bear that fury. In films such as Samson and Delilah, Sweet Country, Charlie’s Country, the Aboriginal experience is one of racism, violence and few opportunities. The films are brilliant, but they’re brutal. This, on the other hand, is a warm hug of a film.

“Those films deserve a space as well,” says Tapsell. “But I wanted to bring back my community’s humanity. What was so important for me was for people to see how special the communities I grew up with are.”

The premiere audience was ecstatic – especially in the second half when the action hits Darwin and the Tiwi Islands – with the audience cheering on friends and family when they came on screen. After months of positive receptions at festivals in the United States, Australian audiences are lapping it up. Tapsell jokes that by the time of the Darwin premiere they’ll need subtitles so people can hear the film over the screaming.

“A lot of Aussies abroad said they lost themselves in it,” says Tapsell. “That they felt pulled into this world. People said it made them homesick. I loved that.”