Studying a text at school can sometimes dull your enjoyment of it – but the author’s new book shows it’s never too late to fall back in love with her work. The Place on Dalhousie is the third in an unofficial trilogy, an engrossing meditation on grief and relationships. 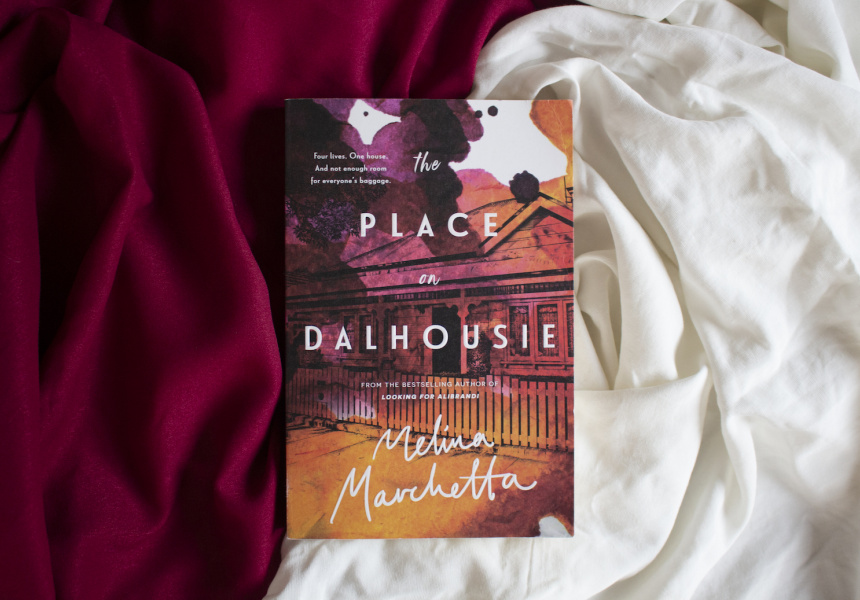 One of the most surreal moments in Melina Marchetta’s career was finding herself teaching her own book to an HSC English class. Looking for Alibrandi was on the curriculum that year, and at that stage Marchetta was yet to move from her day job into writing full time.

Released in 1992, the novel met with critical acclaim and swept the awards pool. A few years later, Marchetta took on the difficult task of adapting her own book for the screen, winning an AFI award for her work.

It was inevitable that Marchetta’s two worlds would eventually, albeit gently, collide.

Chances are high that if you’re under the age of 35 and went to an Australian school, you studied Looking for Alibrandi too. Perhaps there’s still a marked-up copy of it sitting on your shelf – colourful tabs marking thematically significant quotes, or ideas scrawled in the margin. Perhaps you didn’t study the book and dissected the film instead. Either way, with the novel steeped so deeply in both the curriculum and public consciousness, it’s easy to overlook (or in some cases, in a fit of post-English-class cleansing, deliberately avoid) Marchetta’s other work.

I fell into the first camp. When I saw Marchetta’s other books on the shelf, I figured they couldn’t possibly stack up. Despite the award stickers crowding the cover of Saving Francesca, and the inclusion of the Piper’s Son on the Miles Franklin Award longlist, I kept on walking. It was a strange, subconscious, not-quite decision – a spell that was finally broken by someone, quite literally, pressing Marchetta’s latest book, The Place on Dalhousie, into my hands.

Perhaps part of my unconscious avoidance was the thought that I’d outgrown Marchetta’s books. But her stories and characters have evolved along with her readership.

The story follows multiple intersecting storylines connected by the titular house on Dalhousie Street. The house was built by protagonist Rosie’s father, Seb, but now that both Rosie’s parents are gone, Seb’s second wife Martha lives in the home – a fact Rosie resents.

These characters are new creations, but as the drama mounts their lives weave and intersect with others that longer-term readers will remember from Saving Francesca and the Piper’s Son. All three books take place in the same world, starting in high school. Readers who’ve followed the unofficial series as the books were released have seen the characters age almost in line with the real-world passage of time. While this adds a layer of depth, The Place on Dalhousie is a standalone story, and an engrossing meditation on grief, maturity and the complexities of personal relationships.

“I call it my inner-west trilogy,” says Marchetta. “I’d say they’re companion novels to each other, because they do share characters, but each novel has a different primary character. And more important new characters.”

The thing that’s easy to miss for members of the Looking For Alibrandi generation is that Marchetta is a chameleon. She can’t be pinned down to one kind of writing, and whatever she decides to work on, she adapts and does it well – whether it’s a new genre, such as crime or fantasy, or a new format, such as a screenplay.

She didn’t set out to write companion novels, and she doesn’t have a checklist of genres or formats she wants to work in. “The characters come first,” she says. “I wait for a character to come calling.”

I ask how she finds the confidence to launch headfirst into an unfamiliar project.

“I always go into anything not believing that I know everything,” she tells me. “I try not to think too much of rules or what I can’t do ... I feel as though I end up doing what I want to do. And as long as I’m writing the right book, I don’t tend to worry too much about it.”