Broadsheet speaks to singer Adam Curley about the quest for power when you don’t have any. Despite playing in a musical tradition that uses rage as the status quo for fuel, Melbourne band Gold Class forgoes typical punk aggression. Since forming in 2014 they’ve risen quickly, opening Golden Plains 2016 to a massive crowd and headlining Paradise Festival that same year. Their new album Drum has an athletic energy. On lead single Twist in the Dark, Evan James Purdey’s guitar lines constrict and stretch out like an athletes cramp, while the drums and bass of Logan Gibson and Jon Shub have the pound and grip of a sprinter’s running spikes sinking into rubber. Singer Adam Curley’s baritone is the gasp of a competitive deep-sea diver coming up for air.

The weight of the rhythm section on their first record It’s You leaves you feeling caught in the tram tracks at times. On Drum you still feel hedged in by steel walls, but its weight propels you out of the groove rather than bearing down from above.

According to Curley, that newfound buoyancy and forward momentum is a reflection of the four-member band’s democratic writing and recording process. On the new record each instrument is given space in the mix to breathe. Curley says there is no hierarchy in the band, adding that speaking as the sole voice of the group makes him uncomfortable.

Curley is a gentle, handsome man with a chiselled jaw and slate-blue eyes. He’s an engaging person who keeps your attention even as delivery guys at the Gasometer Hotel – where we meet for the interview – loudly throw around cases of beer and crack jokes around us. Despite the serious topics we discuss, Curley isn’t a dour person. He prefers writing to speaking and possesses that classic Australasian trait of not wanting to talk oneself up, or appear too ambitious. “IIIIII am everyday people … ” sings Sly Stone fittingly over the bar’s speakers.

“I have said this before, but if you want to change the world you should probably do something other than write songs,” he says.

But it becomes clear over the course of our interview that he does want to affect change through his work with Gold Class, even if only in a small way. His commitment to respect and inclusion – be it within the band or in society in general – becomes the overriding theme of our meeting.

Curley was isolated growing up in Northern Queensland. As the youngest family member, most of his siblings had left home by the time he got around to figuring out his own queer identity. Although the songs he writes for Gold Class are directly informed by his queer experience, he recognises that loneliness and isolation are universal problems. He thinks society still has a lot of work to do addressing the problems faced by queer youth.

“I think anyone that’s queer and lives in the suburbs can feel isolated. There’s a lot of talk about how it is getting better for kids. But there was Tyrone Unsworth, a 13 year old who grew up the same distance as I did from the city, who committed suicide because he was queer,” he says.

Solitude is something to which he’s grown accustomed. As a musician, being surrounded by people is unavoidable – something he doesn’t always enjoy. But as Gold Class shows grow larger, he’s learning to enjoy crowds. Performing live has allowed him to find new ways of expressing himself, and by performing he hopes to create safe spaces where ideas can flow freely.

“I started to think about live shows as almost a form of protest or as a continuation of protest culture. Particularly as everyone is getting dispersed out of the city and the cities are being gentrified, these are really important spaces for people to come together,” he says.

Employing performance as a political tool is something Curley wants to explore more – the idea that he can use his own body as an instrument of liberation and confrontation. The band recently played Primavera Sound in Barcelona, one of Europe’s premiere music festivals. Backstage, Curley found himself taking off his shirt before the band’s set.

“‘I think I’m just gonna take my shirt off, I think that’s what I have to do right now in order to expose myself way more than I have before, and that’s going to be really scary but that feels like an important idea’,” he remembers thinking in the moment.

Given that taking your shirt off is one of the most clichéd moves in rock music, I ask him how a bare chest could be political.

“You could really get into it if you wanted to, about the way our bodies are treated as suspicious,” Curley answers. “Exposing yourself in whatever skinny-man queer-form that you come in kind of plays into a lot of the lyrical ideas on the record."

“You feel it in the way that people look at you but also in the way people respond to you. You can have friendships that people make jokes about because there’s a suspicion or fear of gay sex. Or the fear that plays into your nakedness, is a fear that doesn’t [exist] for a straight man, where it is seen as a display of masculinity.”

Curley doesn’t see himself as a role model, but while writing the songs on Drum he did spend time thinking about how marginalised people can make their voices heard – how they can “find ways to turn feeling powerless into a sense of agency”.

“Which I think is possible,” he says. “And I think that’s a question that needs to be asked in a much broader sense for people in societies, like: ‘How do you find power when you don’t have any?’”

Sometimes it might be just tearing off your shirt and howling at the gods.

Drum is out now on Remote Control. National tour dates below. 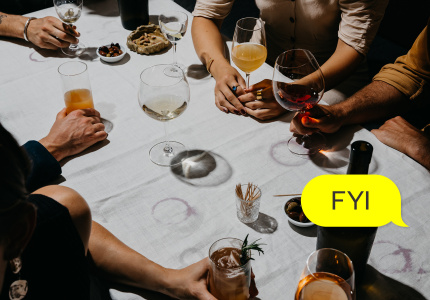 Ever Had a “Bachelor’s Handbag”? Lived on the “Darlo Breadline”? Started the Day With a “Sponsored Continental”? 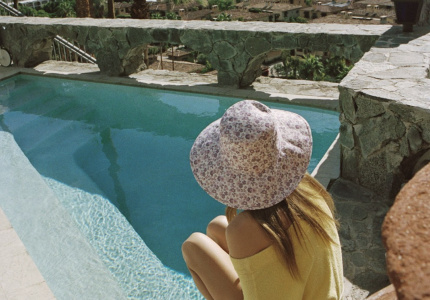