A blindfolded 73-year-old artist, a major artwork on mining infrastructure and a celebrated American folk-rock musician. 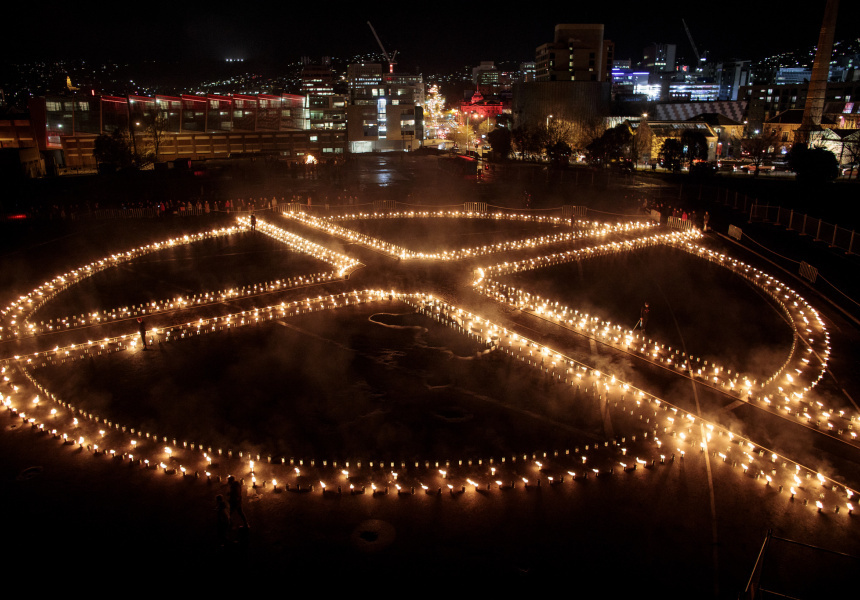 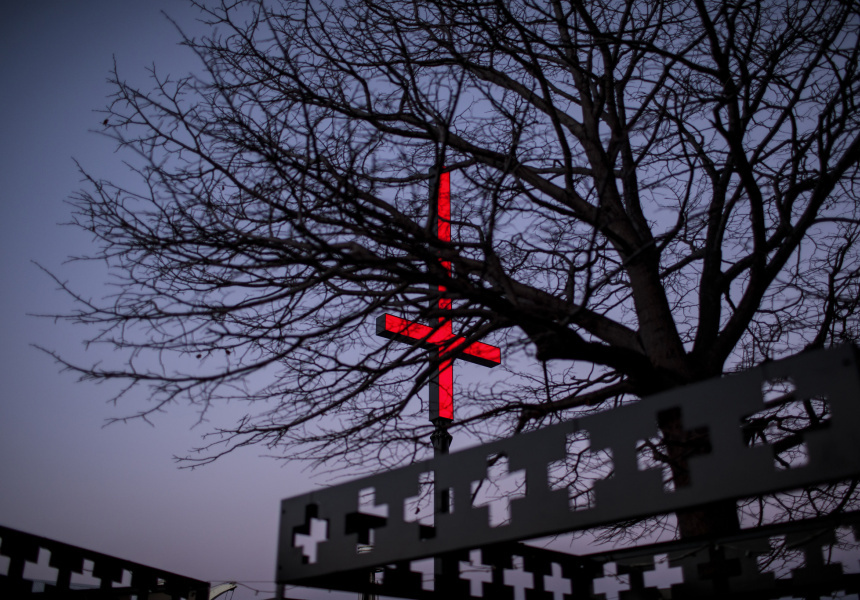 From 73-year-old artists buried under motorways to nude performers bouncing on rubber dinghies and live vagina painting, your time at Dark Mofo is always, at the very least, a one-of-a-kind experience.

And now Tasmania’s brooding winter bacchanal has shone a torch down the well for a first glimpse of its 2019 program.

The first major musical act announced is an American folk-rock performer and composer whose work was also recently heard on The OA and Twin Peaks: The Return. Sharon Van Etten’s new album Remind Me Tomorrow is an atmospheric and emotional work that will suit the intimacy of Hobart’s Odeon Theatre.

Celebrated Australian artist Mike Parr is back like the much weirder John Farnham of Australia’s avant-garde art world. His previously mentioned motorway work, Underneath the Bitumen the Artist, was supposed to be his last, but Parr will return in 2019 with the work Towards a Black Square. The artist will be visible via live stream in an undisclosed bare gallery space, blindfolded and armed with black paint. The gallery will then be opened briefly before the walls are returned to their original state.

Each year the Museum of Old and New Art (Mona), which runs the festival, stages a major exhibition – this year by New Zealand artist Simon Denny. The artist represented New Zealand at the 2015 Venice Biennale, and his work at the Hobart museum is described as “a playful exploration into industrial mining – both of natural resources and information data.” Also at Mona will be a series of immersive feasts to coincide with the release of the gallery’s new cookbook, Eat the Problem, which is full of recipes for how to cook Australia’s invasive species.

The contemporary-art program will also feature a major exhibition by Tasmanian Aboriginal artist Julie Gough. Her work Past Tense at the Tasmanian Museum and Art Gallery will re-evaluate the consequences of colonisation felt by Tasmania’s First People. And Melbourne artist Paul Yore will take over the Black Temple Gallery with soft sculptural pop-art collages and needlepoint tapestry.

Dark Mofo’s lecture and debate series, Dark + Dangerous Thoughts, will run for four days at various locations across Hobart. “In a world increasingly defined by identity politics, we will consider the merits and dangers when it comes to social group identification – be it in terms of race, gender, sex, class, adornment, and faith, and ask the question, has identity become our new religion? says DDT curator Laura Kroetsch.

Topics being discussed include talking about identity with your transgender child, female fertility, and the conservative right’s role in the recent Christchurch terror attacks.