How to craft an international music career from your spare room. 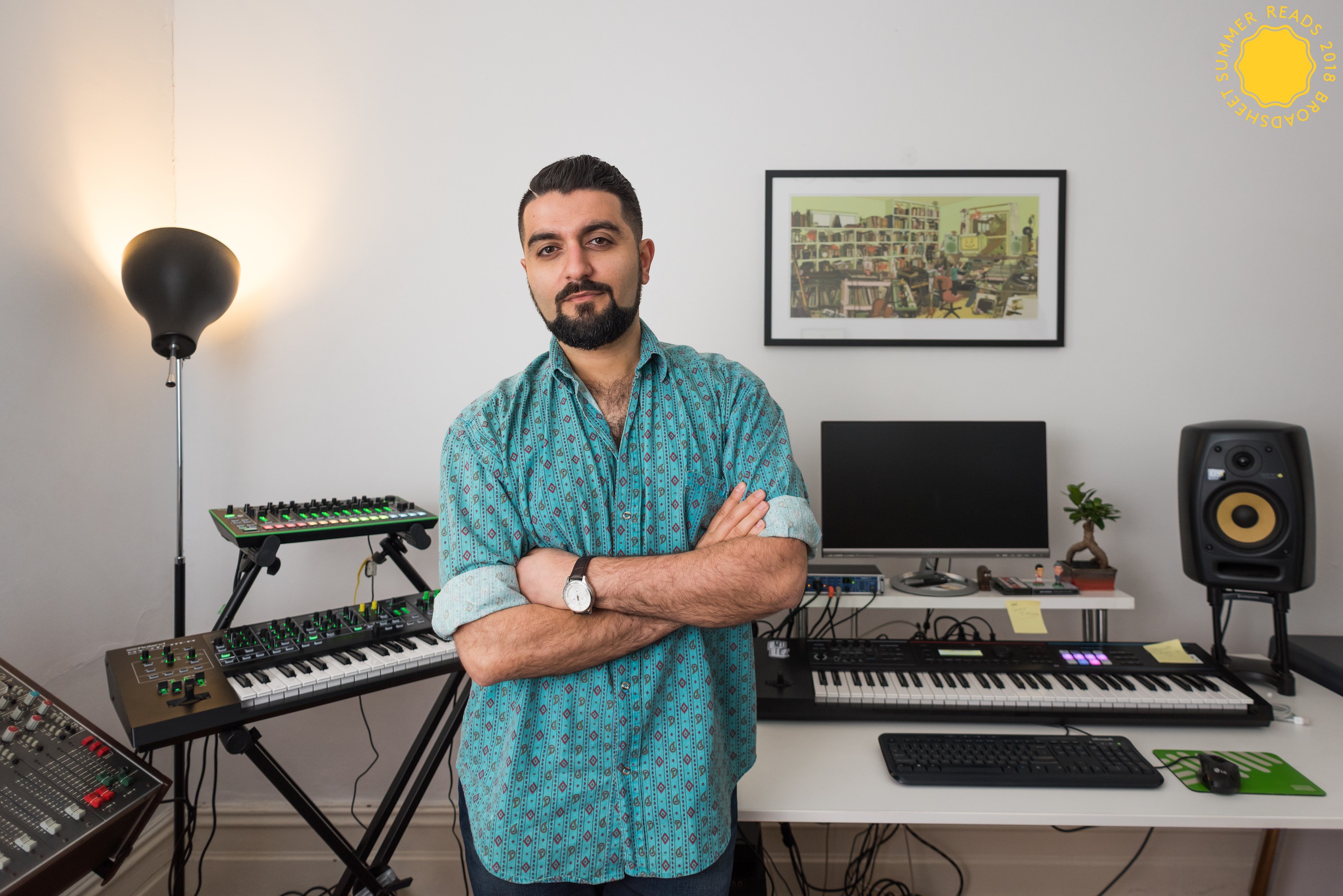 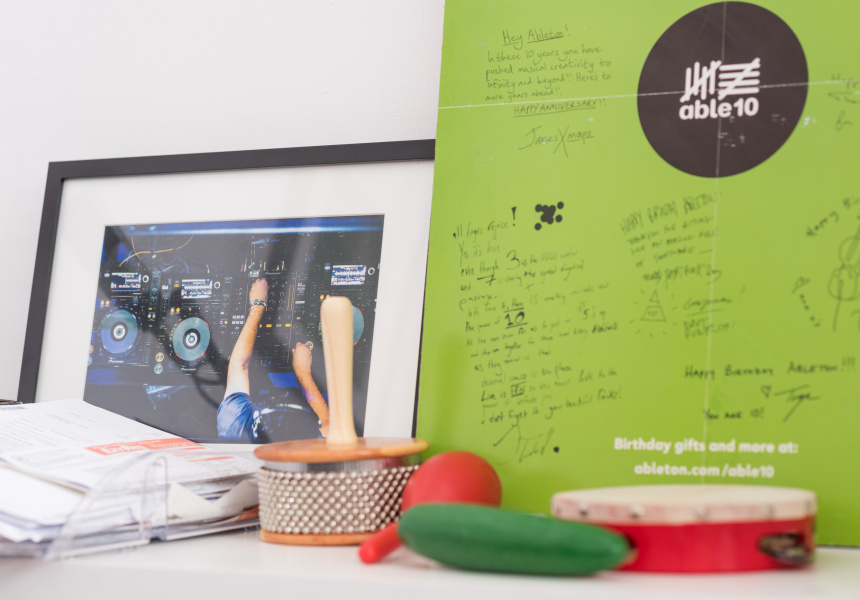 When Broadsheet visits the studio of DJ and musician Motez Obaidi, uncustomary July sun is streaming through its west-facing window. “It gets great light,” he says, pushing through the door to what should be the third bedroom of the suburban bungalow he shares with a mate, “But it’s a bad room.” The square dimensions and timber floor mean, sonically, the space isn’t ideal for making music.

Still, he favours keeping a home studio over working elsewhere. It helps with maintaining a schedule. “I’ve always worked a nine-to-five day,” he says. “I’m up early – 7.30 or eight o’clock – and here, my bedroom is just across the hall.”

The studio is sparse and orderly. There’s a keyboard – Obaidi’s go-to instrument – connected to a computer, plus a miscellany of mics and gear, and a couple of drum machines. On one wall hangs a framed print, The Audience, by Japanese-American duo Kozyndan. It shows a messy room stacked with books and records and equipment, dwarfing a tiny human figure; a window into some hectic parallel universe.

Obaidi approaches his practice in a manner that’s all business. “It’s the Middle Eastern work ethic,” he quips. Musicality is a defining element of his work. “I think a lot of people spend time focusing more on production … rather than the core idea of the song itself,” he says. “You’re a music producer. Music is the operative word.”

Obaidi’s latest single, The Future, indicates a departure from his previous, more club-oriented output. The outwardly soulful track features vocals from Antony and Cleopatra and the Barossa Valley’s St. Jakobi Lutheran Primary School’s choir. But it came about in much the same way as he normally works.

“I came up with the idea of the chords, the lead, the top line, the beat – the vibe of the track,” he says. “I didn’t know where to take it from there because it sounded – from what people have heard of me – different. Even though that’s more me than anything else that I’ve made.”

His management offered some advice. “[They] were like, ‘There’s this guy that we’d like you to work with, and he’s a really big fan of your music’. And it’s Alex Burnett, who is from Antony and Cleopatra [together with Anita Blay]. [He] used to be Sparkadia [and] the third track that I bought when I moved to Australia was China by Sparkadia. So I was a massive fan of his.” Obaidi roped in ARIA- and Grammy- winning mixer Eric J Dubowsky (Flume, Chet Faker, Kylie Minogue, Weezer) to add a few finishing touches. The whole process lasted more than three years.

It took some time for the Iraqi-born musician to realise he could make a career from his art. “Back home [in Baghdad] it’s impossible for people to take you seriously if you’re a musician,” he says. “People look down on you because you’re smart, you come from an academic family – why are you doing that? It’s like a downgrade for you and your qualifications.”

Obaidi’s father fled Iraq in 2000 as all-out war crept ever nearer. Put aptly, “The bomb was ticking.” Six years later the family was reunited and settled in Adelaide. Within six months Obaidi was working at Billy Hyde Music, through which passed a seemingly endless stream of struggling artists. He thought, “All of these amazing musicians come through the store and they play this amazing music, and they can’t make it … Who am I kidding?”

Ever the pragmatist, he returned to university to complete a Masters in International Business – in addition to the Computer Science degree obtained in Iraq. Despite playing regular DJ shows, he still felt like a hobbyist. “I was looking for graduate jobs … I applied for ASIO, I applied for DFAT because I thought, “I like international business, I speak Arabic … but then music started happening.

“I still was in a lot of denial that I could actually make a living out of it – well into my working years. To a point where my mum, who I look up to a lot, said ‘You should probably focus on music’. It set me free to go and pursue music as a career.”

Since then Obaidi has travelled the world; played international clubs and festivals, remixed Sam Smith, Ellie Goulding, Disclosure and more, and worked with artists such as Tkay Maidza. He admits his success is the product of a degree of talent, sure, but primarily it’s been hard work – and a little good fortune. “I was lucky enough to be part of the second coming of the golden era of Australian music. I just happened to be there at the right time.”

He’s learnt that dedication to your craft can, sometimes, have a downside. Performing at Electric Days Carnival – “The biggest electronic music festival in America” – was a turning point. “I played in Las Vegas, on the main stage, for 30,000 people. It’s the highlight of my career,” he says. “You’d think I was there and I was absorbing it all, but I wasn’t. I was worrying about the mundane things … ‘Do I need to work out my lunch? I’ve got a flight tomorrow – have I checked in?’” He stopped. “I was like, ‘Holy crap, Tez, you’ve dreamed of this. It’s happening right in front of you’. But I wasn’t enjoying it – because I’m trying to hustle all the time.

“Looking back to my time in the music store I think, “These guys weren’t held back by a lack of opportunity, per say, they were held back because they took it for granted.” 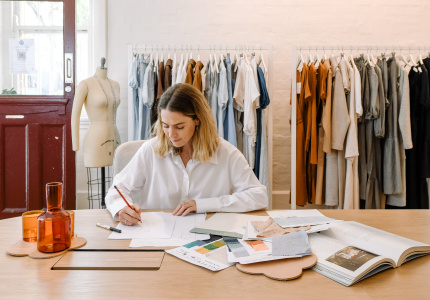 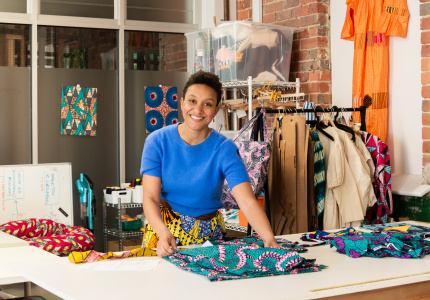