Going to the movies doesn’t have to be a social occasion. In partnership with Palace Cinemas, we’ve picked five movies that are best enjoyed solo. Widows
The moment the criminals go down in a blaze of glory is usually the end of the story. Widows picks up where most leave off, as four women widowed by crime come together to pick up the pieces and pay the gangland debts their husbands left them, however they can.

Widows has got a hell of a pedigree behind it. Director Steve McQueen was behind 12 Years a Slave and Shame, writer Gillian Flynn wrote Gone Girl (both the original novel and the film), and it’s based on an old British TV series by Lynda La Plante (Prime Suspect). That’s a dream set-up for a twisting, turning crime drama with grit, realism and contemporary verve. Academy Award winner Viola Davis (The Help) leads a solid ensemble cast. A great midweek “wagging work” watch.

Normandy Nude
A hotshot American photographer (Toby Jones, Detectorists) turns up in a cosy French village looking to stage his next mass nude photograph, a la Spencer Tunick. The wacky French locals are keen to attract attention to the plight of local farmers.

This gentle comedy in the vein of The Full Monty and Calendar Girls is, if possible, even gentler than those two. It’s a danger-free evening in the cinema, best enjoyed when you need a little tranquility in your week.

Wildlife
Rural Montana, 1960. A marriage slowly collapses as the couple’s teenage son looks on in despair. All the while, bushfires rage on the fringes of their town. This film is all about the cast. Jake Gyllenhaal is brilliant as a repressed, wound-up man desperate to count for something, and Carey Mulligan is given an opportunity to do something meaty. But it’s Queenslander Ed Oxenbould (Paper Planes) who leads the charge as the caught-in-the-middle kid.

This slow, simmering drama is most definitely not a movie for a burgeoning relationship (unless you want to spend the rest of the night discussing your parents’ divorce or your own break-up history) but in any other scenario it’s a great choice.

The Children Act
There are some films you want to sit with a little while before dissecting them with your friends. The film adaptation of Booker Prize-winning author Ian McEwan’s novel The Children’s Act is one of them (McEwan also wrote Atonement).

Emma Thompson plays Judge Fiona May, who in a haze of marital difficulties with her husband (played by Stanley Tucci), must arbitrate on a difficult case. The question: Should a couple who are Jehovah’s Witnesses be permitted to deny a life-saving blood transfusion to their leukaemia-stricken 17-year-old son (Fionn Whitehead from Dunkirk)?

Journey’s End
Maybe your friends don’t share your enthusiasm for World War I epics – it happens! But that doesn’t mean you can’t indulge your period drama-loving tendencies now and then.

Director Saul Dibb takes us to the trenches in Northern France in 1918, a suffocating and dismal environment. Weary Captain Stanhope (Sam Claflin) is paralysed with dread and dulling his panic with whisky. Other officers, played by Paul Bettany, Stephen Graham, Tom Sturridge and Toby Jones, try to distract themselves in the dugout from the horrors to come. If you’re a history buff, this one is for you. 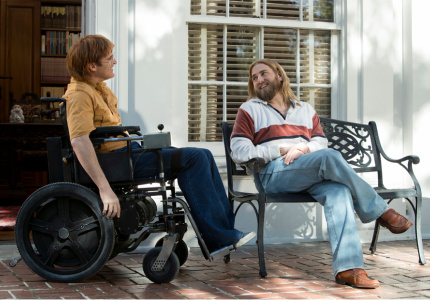