Six To Stream: Urgent, Inspiring and Uplifting Documentaries About the Climate Crisis

Earth Hour’s doing something different this year. As part of the annual drive to switch off the lights, it’s also running its first virtual film festival. Sign up to watch these free locally made docos. 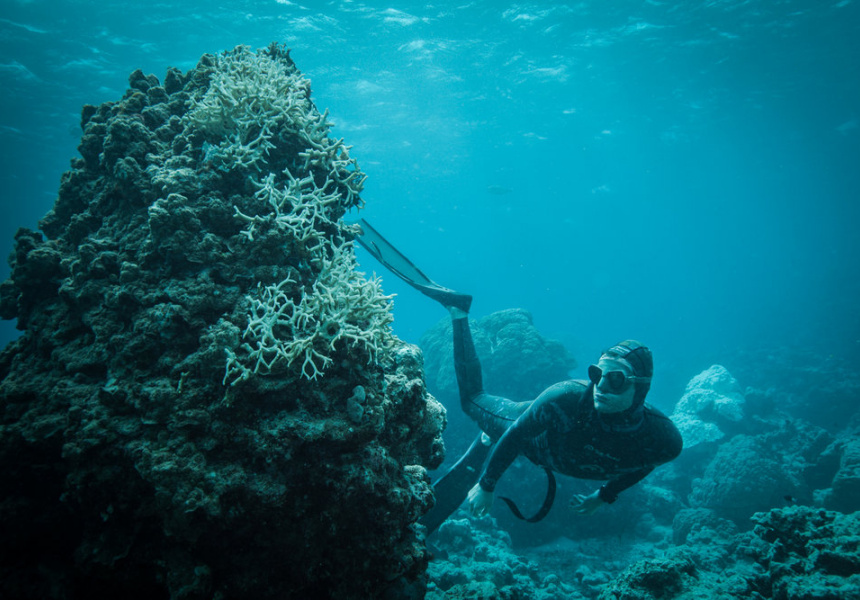 Since 2007, Earth Hour has grown into a global movement, with supporters in over 190 countries and territories. This year marks its 15th anniversary, and while the main focus is still encouraging individuals and businesses to switch off the lights for an hour on Saturday March 26, this year it’s also introducing a digital film festival.

You’ll need to register on Earth Hour’s website to access the films, which range from a visionary 17-minute documentary about the decade we haven’t lived through yet, to a 2020 feature-length film about the next gen of ecowarriors in Australia. They’re available until midnight on March 26.

Regenerating Australia – a hopeful short by the director of That Sugar Film
Filmmaker Damon Gameau and producer Anna Kaplan are solutions-focused people. Their new documentary asks local key figures – including journalists Kerry O’Brien and Sandra Sully, and public scientist Tim Flannery – to imagine what the country would look like if we transitioned to a fairer, cleaner, more community-focused economy.

Cry of the Forests – a spotlight on the destruction of Western Australia’s forests
Filmmaker Jane Hammond takes an unflinching look at the devastation of one of the most biodiverse regions on the planet. Filmed partly on GoPros, the 54-minute documentary shows activists risking their lives to witness logging in native forests, and speaks with farmers battling to save the landscape and Aboriginal custodians attempting to regenerate the land.

Blue – a deep dive into our pollution problem
Released in 2017, Blue is a multiple-award-winning documentary that looks at habitat destruction, species loss and pollution in our oceans. Director-producer Karina Holden and producer Sarah Beard address the ongoing destruction of the Great Barrier Reef, the 50 million plastic bags that end up in our waterways each year, and the tireless efforts of our marine biologists to redress the damage.

When the River Runs Dry – a look at the rules governing the Murray-Darling Basin
This 2020 documentary asks how the ecological collapse of the Murray-Darling river basin – which dried up in 2019, leaving masses of dead fish – was allowed to happen. Filmmakers Rory McLeod and Peter Yates call on experts and Aboriginal elders to understand why it happened and the effects on locals and wildlife.

Wild Things – a lens on the frontline of environmental activism
Filmmaker Sally Ingleton spent a year with environmental activists across Australia – at rallies, sitting in rainforests, standing up to bulldozers – and the result is 2020’s feature-length doco about the current generation of ecowarriors. It’s a snapshot of a time when young people are fighting to be heard against a backdrop of drought, fire and floods.