Actually, he might have – it’s just cleverly hidden among a bunch of plays. 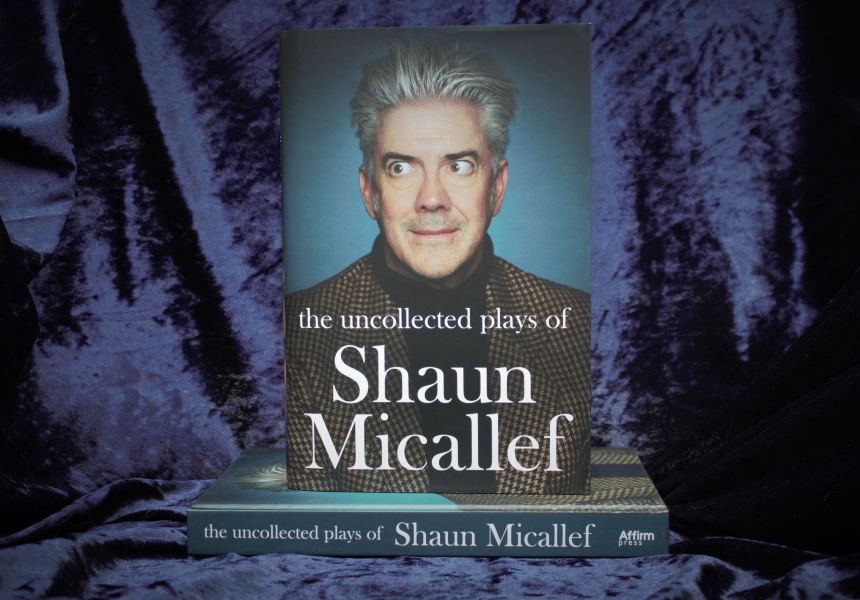 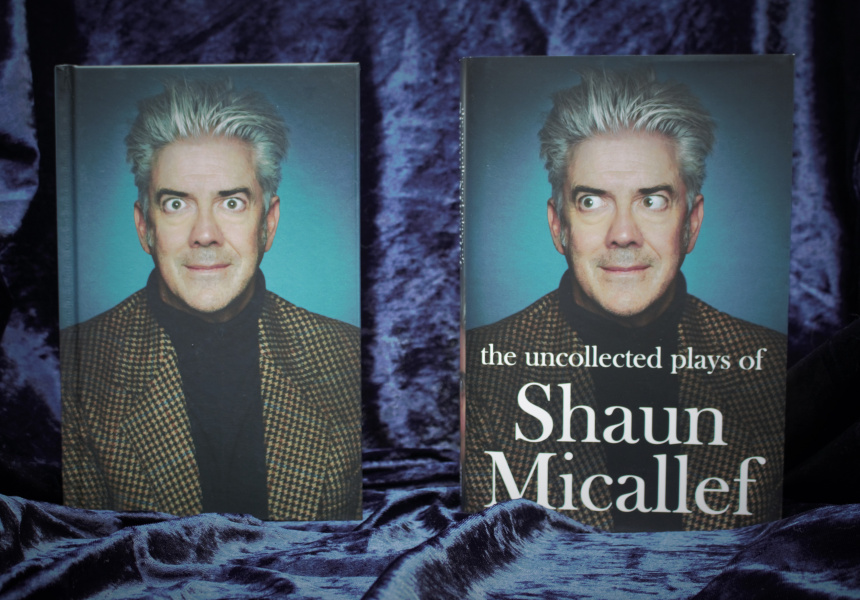 Here are some things you perhaps didn’t know about comedian, frontman of TV show Mad As Hell, and former lawyer Shaun Micallef: he once performed an impression of Gough Whitlam in front of a sleeping Gough Whitlam; his stage debut was as baby Jesus at the tender age of six months old; and when he was 12, he was in charge of fixing the spotlight on John Farnham while the singer performed the lead role in Pippin in an Adelaide theatre.

These events, plus a couple more – including his stint in a failed play called Boeing Boeing and a role as an orange turkey – appear in Micallef’s new book. Surprisingly, despite the many recounts and scenes from his life, it’s not a memoir – at least not in the traditional sense. Instead, it’s a book of plays; some of them old, most of them never performed, and all of them weird and hilarious.

On the surface, The Uncollected Plays of Shaun Micallef seems like a strange way to package up the life of someone with such interesting history – why not just write a straightforward memoir?

The answer is: he’s tried. But it’s just not him. “I’ve been asked a couple of times to write a memoir … I’m 56 now and I guess they figure that, you know, I’ve probably peaked.” Micallef says with a laugh. “I sat down and tried to write something vaguely autobiographical, at least anecdotal, and I can’t really do it. I find I have to put jokes in there – it’s just too dull.”

So, instead of a chronology of his life we have a collection of 16 short scripts and three tongue-in-cheek essays, the latter tackling topics such as How to Write (“All you need to do is think of a story and then write it down”). It feels a lot more representative of Micallef’s humour than something more traditional. “I’m a sketch writer,” he says. “It’s most comfortable for me to write dialogue.”

Micallef says that growing up in the beautiful but quiet suburban Adelaide pushed him to be more creative, and that then became the norm for him – another reason he took this approach to the book. “I kind of retreated into absurd fantasy, so none of what I write or perform is particularly revealing … this book, as coded as it is, is probably as close as I’ll get to being confessional.”

In the book you get small snippets of history – sometimes a glimpse into Micallef’s past, other times it’s something completely unexpected (such as the true story of Charlie Chaplin’s corpse being dug up and held for ransom) – followed by the script for a brief, one-act play.

“It really doesn’t deserve to be a book,” he says. “I’m sort of flattered that it is a book – in fact it’s a hardcover book, which is making it slightly more embarrassing for me, because I’m looking at it going welllll … it’s a bit too thin to have a hard cover on it.”

In one play, Faust and the Furious, a “chiropodist” considers selling his soul for a destination holiday to Lobethal (a small town in the Adelaide Hills). In Napoleon’s Knob auctioneers debate whether it would be unseemly to auction off a sensitive part of Napoleon’s anatomy. They’re all based, at least lightly, on history, on other plays, and here and there dotted with Micallef’s own experience.

It’s not memoir. But it’s also not not a memoir. It’s absurd fantasy, loosely tethered to fact.

The Uncollected Plays of Shaun Micallef retails for $35 and is available to purchase here.