Seen on Screen: Eight New Movies To Catch Over Summer

Paul Thomas Anderson’s latest, starring Alana Haim. A Nordic rom-com with a difference. Neo and Trinity, back again. The Jets and the Sharks, also back again. Plus, masterful performances by Denzel Washington and Frances McDormand. Here’s when to see them. 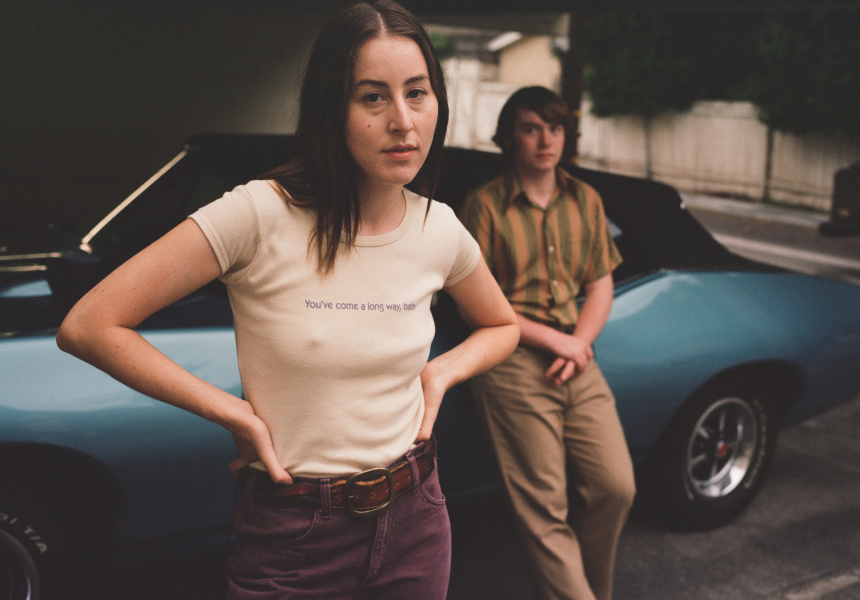 The Tragedy of Macbeth

Spoilt for choice – that’s how it feels when Hollywood drops its blockbusters just in time for back-to-back trips to the cinema over Christmas. This year’s film releases include big name directors such as Lana Wachowski, Wes Anderson, Steven Spielberg and Ridley Scott, but there are indie gems to seek out as well. Whether you’re keen for high-stakes drama, whimsical storytelling, bloody murder plots or unexpected romance, book one of the lazy-boy chairs, get a choc-top, and settle in for one of next year’s award winners. You’ll be glad you saw these on the big screen.

For messy millennial romance: The Worst Person in the World
An indie film festival favourite, this Nordic rom-com was in the running for the Palme d’Or at Cannes this year, but it missed out to Julia Ducournau’s Titane. Its star, Renate Reinsve, did take home the award for Best Actress, and her portrayal of 30-year-old Julie, who falls for a guy she meets at a wedding, is utterly charming. Director Joachim Trier serves us delightfully messy elements of Julie’s life – she’s torn between her relationship with her older, successful boyfriend (who is ready to settle down) and the possibility of what could be with Eivind (played by Herbert Nordrum). It’s funny, original and uplifting. In cinemas from December 26.

For California dreaming: Licorice Pizza
Alana Haim (yes, of the band Haim) stars in Paul Thomas Anderson’s latest film – his funniest, according to the critics. Both the Haim family and the Andersons grew up in the same area of Los Angeles, San Fernando Valley, and their families have become friends. This film is set in the same valley, in 1973, and Haim plays 25-year-old Alana who forms an unlikely partnership with 15-year-old Gary, played by newcomer Cooper Hoffman (son of the late Philip Seymour Hoffman). It’s been called a coming-of-age story, but you could classify it as a delightful nostalgia romp. It’s dreamy, free-flowing and full of cameos. In cinemas from December 26.

For another trip down the rabbit hole: The Matrix Resurrections
A fun fact that’ll make you feel old: it’s been 22 years since we were first introduced to Neo and Trinity, and it’s hard to imagine a world without references to the red and blue pills. So, why, after three Matrix movies, take us back down the rabbit hole? Director Lana Wachowski has written, directed and produced this fourth installment without sister Lilly, and – through the magic of the movies – reunites characters we’d already said goodbye to in Matrix Revolutions (2003). Laurence Fishburne won’t be back as Morpheus, but for fans of the franchise it’ll be enough to see how Keanu Reeves and Carrie-Anne Moss reprise their most famous roles – and to find out how two decades of real-world events can shape the way we view one of the most influential sci-fi movies of all time. In cinemas from December 26.

For star-studded storytelling: The French Dispatch
When Wes Anderson was at uni in Texas, he used to sit in the library pouring over back issues of The New Yorker. He was enthralled by the storytelling and personalities of the editors and journalists, and his latest film is a love letter to the articles that meant the most to him – filtered through a fictional lens. All Wes’s mates are in it, of course: Owen Wilson, Bill Murray, Jason Schwartzman, Frances McDormand, Benicio del Toro, Timothée Chalamet, Léa Seydoux, Tilda Swinton, Elisabeth Moss and Henry Winkler (why not?). It’s ostensibly the story of the last issue of an American magazine published in France, but it’s more like three captivating mini stories of kidnapping, art dealing, prison romance and student protests – all in Anderson’s trademark style. In cinemas now.

For nostalgia’s sake: West Side Story
It’s way too early to be talking about Oscar nominations, but if Steven Spielberg is nominated for his version of the classic musical he’ll make history as the first director to be nominated in six different decades. West Side Story mightn’t be everyone’s cup of tea, but the 2021 take on the Broadway hit does address the importance of casting a Latina actor in the role of Anita. Colombian-American Rachel Zegler takes on the role with gusto, and though critics are still questioning Spielberg’s take on the Jets and Sharks rivalry, it’s a vivid and revitalised version of the star-crossed love story we know so well. In cinemas from December 26.

For the outfits, the accents, the drama: House of Gucci
Lady Gaga. Adam Driver. Murder in Milan. Possibly the worst Italian accents you’ll ever hear. The finest haute couture. Why wouldn’t you want to see this? To say the reactions to Ridley Scott’s true-crime story are mixed is an understatement. There are those who pan the melodrama of marriage, ambition, betrayal and revenge as underwhelming – then there are fans who fall at the feet of Lady Gaga’s Lady Macbeth-style portrayal of Patrizia Reggiani (despite the criticism of her accent). If nothing else, see this for the lavish lifestyles of the rich and reckless. And for Adam Driver in fisherman knitwear. In cinemas from January 1.

For masterful performances: The Tragedy of Macbeth
Flying solo, filmmaker Joel Coen (without brother Ethan for the first time in 40 years) has chosen to revisit one of Shakespeare’s most quoted plays with Denzel Washington and Frances McDormand in the murderous lead roles. The black-and-white film has been likened to German expressionism for its shadowy, distorted style, and it’s suitably eerie for the Scottish play about ambition, guilt and prophecy. Coen has pared back the language, making it more accessible to anyone who isn’t keen to spend an hour and a half with the Bard’s iambic pentameter. Some say McDormand was born for this role, others say it’s an absolute triumph for Washington. We say, see it on the big screen before awards season so you can join in the praise. In cinemas from December 25, or stream it from January 14 on Apple TV+.

For Australian Open warm-ups: King Richard
Will Smith and Aunjanue Ellis (If Beale Street Could Talk) play Venus and Serena Williams’s parents in this true tale of what it takes to support and mentor two of the world’s most successful tennis players. It’s backed by the sisters – they’re two of many famous executive producers – and the story’s focus is on dad Richard, who was instrumental – and often criticised – in the athletes’ early years. It’s directed by Reinaldo Marcus Green (Monsters and Men), who has created a serious and moving, but not challenging, movie that aims to show the power of family and perseverance when your goal is nothing less than brilliance. In cinemas from January 8. 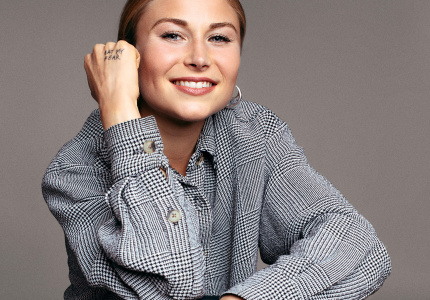