Mary Magdalene is one of the most misrepresented figures in history. In Garth Davis’s new film, the Lion director wants to give Jesus’s most misunderstood disciple a voice of her own. 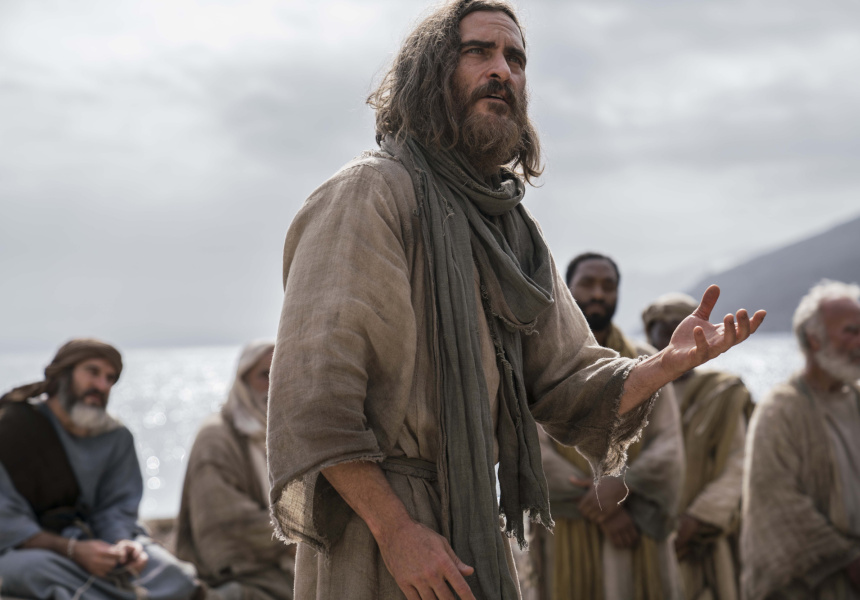 “God is not in the thunderbolts and the earth-shaking,” says Garth Davis. “God is in love. We all want a better world, but we can only get there by changing ourselves.”

I’m sitting in a little cafe in Fitzroy with Davis, a Melbourne local and the director of 2016’s Oscar-nominated film Lion, talking about the Bible.

“That’s what Jesus is going on about,” he says, his voice escalating. “He’s saying ‘What the fuck were you expecting?’ [I think] Mary understood that. She was the most spiritually developed of the disciples.”

Mary is Mary Magdalene, the woman who, according to the New Testament, travelled with Jesus and his 12 apostles as he spread the Christian gospel in the years before his crucifixion.

“She never forecasted what God would bring to the world,” Davis says. He believes “she knew it starts with us.”

“That’s what I love about her. She found God in a very different place to what we’re used to.”

Davis isn’t a religious man but his new film, Mary Magdalene, is a humanist retelling of one of Christianity’s most misrepresented characters. There are no lightning bolts; there’s no booming voice of God.

Mary (Rooney Mara) is a young woman from a fishing town called Magdala. She refuses an arranged marriage and defies the men in her family, who believe she’s possessed by a demon. Then, roaming preacher Jesus (Joaquin Phoenix) comes to town: a passionate and intense man who has a message of peace and who is collecting disciples as he goes. Mary follows and becomes the first proponent of what goes on to become the most widespread religion in the world.

The script, by British playwrights Helen Edmundson and Philippa Goslett, is very different to the full-throated Passion of the Christ-school of biblical storytelling. It’s one of the most familiar stories in the Western canon, but this depiction is different for its realness.

I was also struck by how contemporary the film feels. Firstly, it foregoes the staginess of a lot of historical dramas and gives 2000-year-old biblical times a humanity often lacking in similar films. Secondly, women are oppressed, religious tensions are rife and lost people are looking for saviours – it’s a story being played out today. It’s of the zeitgeist.

“It’s a story from a woman’s point of view, and the story of a woman who contributed to a great spiritual truth,” says Davis. “And yet it’s never been celebrated. One of the great stories of history, and it hasn’t been told yet.”

Mary is a woman who’s been misunderstood for 2000 years. In the Gospel of Mary, she’s depicted as a devout follower, and Jesus’s closest disciple. In the sixth century, Pope Gregory revised her story, depicting her as a prostitute saved by Jesus. That version stuck.

“When people try to offer a different dialogue, they sexualise her again, and make her Jesus’s lover,” says Davis. “This woman has been thrown from pillar to post.”

For Davis, the story of Malala Yousafzai – the Pakistani women’s-education activist who became the youngest ever Nobel Prize laureate – was a significant influence. In 2012 a Taliban gunman shot her in the head, but she survived and offered forgiveness to her assailant.

“This story is similarly celebrating forgiveness and love. Malala’s a hero of mine,” says Davis. “She has this light in her. When I first encountered her I thought, this woman’s going to change the world. In Mary, I saw a lot of similarities. Rooney saw the same.”

In 2009 a Magdala synagogue – buried for millennia – was discovered during an excavation in northern Israel. Davis visited the site while developing his film. “I had the characters in my heart and soul, and then I was there,” he says. “It was a beautiful space. The mosaics and the frescos were still there.” The story felt real to him.

“When you go back and read the gospels of Mark and Mary, it’s actually beautiful,” Davis says.

“I’m a spiritual person,” he adds “Someone who totally believes we’re connected to something greater than ourselves.”

“When I did go to church when I was growing up I found it more confronting than inviting. Very patriarchal, very strict, very dry. When I read this script, it was the first time it made sense to me.”

Mary Magdalene is in cinemas nationally. Watch the trailer.