Our Picks of the 2018 German Film Festival 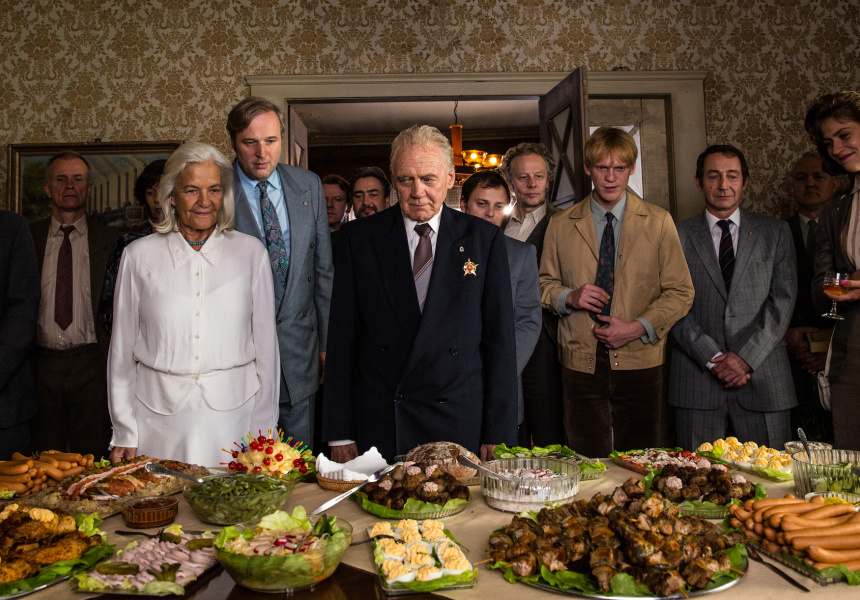 In Times of Fading Light Bettina Kinski, the curator of Palace Cinemas’ upcoming German Film Festival, isn’t quite sure where to start when talking about this year’s sprawling event. “We have 26 feature films and there’s so much variety,” says Kinski. “We want to provide something for everyone.”

Mission accomplished. The 2018 program invites audiences to experience a Berlin divided by the wall and then reunited, the bad old days of the GDR, comedies about an idiot schoolteacher, fairy tales, love stories, costume dramas, and more.

Here’s our guide to this snapshot of German cinema now.

Opening Night: The Silent Revolution
1956, East Germany. A group of high-school students stage a minute’s silence in solidarity with the victims who died during the Hungarian uprising. They have no idea what consequences this protest will bring upon them, and ripples go right to the top of government.

“It’s a very gripping film and a fascinating story,” says Kinski. “It just premiered at the Berlinale and it cleaned up at the German Film Awards [The Deutscher Filmpreis], winning four awards.”

If you like this, also check out: In Times of Fading Light, a historical tragicomedy set at the end of the ’80s and the German Democratic Republic. This one is Kinski’s personal festival favourite.

Mademoiselle Paradis
In this lavish period drama, famed pianist Maria Theresia von Paradis is undergoing treatment to restore her sight. It’s working, but the more she sees, the more her music suffers. “It’s a beautiful costume drama,” says Kinski. “I got goosebumps.” The festival is hosting a special cocktail event to celebrate this one, so book ahead.

If you like this, also check out: Paula, a biopic about German expressionist painter Paula Modersohn-Becker, who pushed against gender roles to make it as an artist at the beginning of the 20th century.

Fack ju Göhte trilogy
After a series of implausible events involving a robbery and buried loot, a barely literate crook takes a job as a high-school teacher. The most successful film franchise in German history ensues. It’s extremely silly.

“I go for art-house films [personally],” says Kinski. “I’m not the audience [for this]. But I have to say they’re popular because they’re very funny. And their popularity is a reflection of the conditions of schools in Germany, too.” If you book tickets to all three of the trilogy, they’re only $15 each.

If you like this, check out: Arthur & Claire is a black comedy about an unlikely pair who meet on the way to kill themselves and then try to talk each other out of it.

Gutland
A nomad emerges from the forest and looks for work in a strange little town. Working as a farmhand, he uncovers some uncomfortable hidden pasts. This offbeat thriller has been turning critical heads, including at the Toronto Film Festival. “It’s hard to say what kind of genre Gutland is,” says Kinski. “It has mystery and drama to it, but I’d say ‘rural noir’ explains it best.”

If you like this, check out: Heart of Stone is a dark fairytale set in a medieval Black Forest about a coal worker who falls in love with a witch.

Closing night: Wings of Desire
Freshly restored and straight from the Berlinale world premiere is Wim Wenders’s 1987 classic about the angels that watch over the people of Berlin – and the one who falls in love with a human.

“We’re very happy to have this one,” says Kinski. “It’s a visionary classic from one of the most important directors we have. We wanted to end with a classic, but it still feels young.”

If you like this, check out: Short Export 2018, a selection of new German short films, including animation, documentary and drama.