Show Me Where It Hurts sits at the intersection of memoir, feminism, disability advocacy and pop-culture criticism. It’s for people who suffer from chronic illness and mental health problems; the people in their lives; and anyone interested in what Spongebob Squarepants, Beyoncé and Frida Kahlo can tell us about lived experiences of pain. 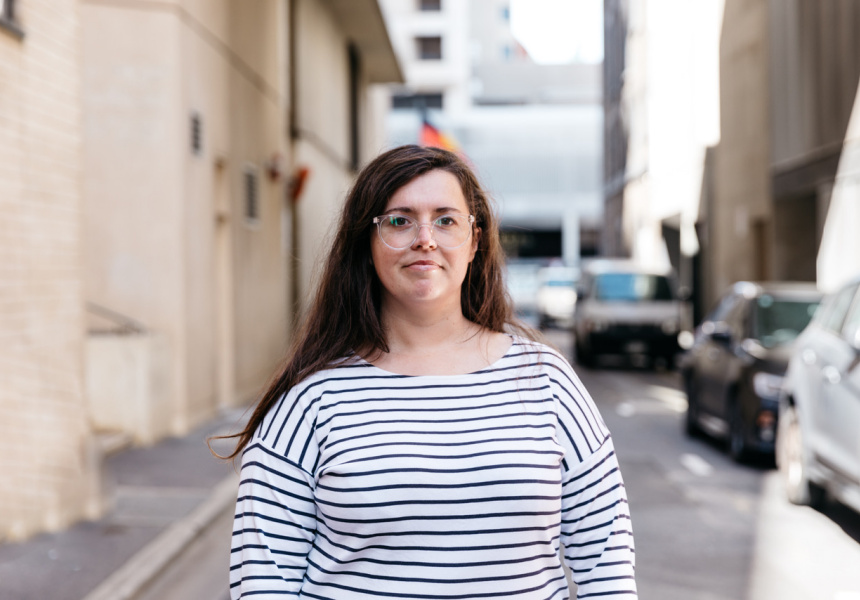 In her collection of autobiographical essays Show Me Where It Hurts, Adelaide-based writer and cultural critic Kylie Maslen describes a distressing appointment she had in 2004 with a medical specialist. Unfortunately, in Maslen’s experience of endometriosis, polycystic ovary syndrome (PCOS) and menorrhagia, this doctor – although extreme in his lack of empathy and facts – is more rule than exception. “Some women are just unlucky” is a refrain too many have heard.

“It was almost re-traumatising writing that section,” says Maslen. “But I feel that was really important to include because it’s a shared experience, and I wanted people who are sick to see that other people go through this as well. And I felt like that was part of a greater understanding that needed to happen with readers who are in the lives of someone with chronic pain or illness – to really see what goes on behind closed doors sometimes.”

The peek behind closed doors in Maslen’s memoir applies to more than just her medical appointments. With almost unbearable honesty Show Me Where It Hurts charts the writer’s day-to-day experiences of pain, chronic and invisible illness, and mental ill health, and the road to her diagnoses. Maslen endured 20 years of inadequately treated and unexplained pelvic pain; invasive tests and treatments; and heavy, painful periods. In 2018, at 35, she was also diagnosed with bipolar II.

Show Me Where It Hurts describes Maslen’s experiences of sex and dating; self-medicating with drugs and alcohol; work; toxic relationships; navigating friendships; and the frequently inadequate, gendered and biased approaches of the medical profession, which too often fail to take women’s pain – and in particular the pain of women in minority groups – seriously. It’s this chronicling of a life lived in pain combined with her insights into the structures of work, ableism and housing, as well as the representation of mental ill health, disability and illness in books, TV, movies and more, that makes Maslen’s book so incisive. The deeply personal is also political.

“I was seeing a growing awareness of conditions like endometriosis and autoimmune conditions, which primarily affect women, and a conversation around women’s pain and acknowledging it’s a thing. But there was a limit to that conversation – it was quite impersonal, and I wanted to offer the other side of that.”

Maslen contends with the intimacy issues that come with having a body she has felt has let her down, and attempts to assert control with tattoos. She unpacks ableism, expectations around “sickness”, and performing pain and wellness. She explains the impulse to do more than her body can cope with on the rare days her pain is bearable and not debilitating, and the physical crumpling that some days has her in the foetal position. She reckons with her anxieties about fertility and her financial future, and how women – and disabled women in particular – are at higher risk of homelessness.

In that sense, I may be Maslen’s target audience. I live with chronic pain (although its source is different to Maslen’s), and more than once while reading this book I felt winded by how seen I felt, and by Maslen’s articulation, in sensory detail, of her experiences in a world that valorises productivity, wellness and neat explanations. I also felt relieved she was telling “normies” (what some in chronic pain circles call “normal”, well people) what life can be like for me. I’ve ignored well-meaning texts from friends inquiring about my wellbeing because the truth is too complicated to explain, and lying feels terrible. I’ve turned over and over in my mind the unsolicited, or blindingly obvious advice people love to give (“Have you tried yoga? You should meditate.”). I’ve struggled to articulate to friends, family and colleagues how punishingly tiring it is to not just live with pain, but negotiate day-to-day life; how doing anything other than existing sometimes requires ninja-level concentration. And then there’s the anxiety and guilt –about letting people down, being a burden.

Woven through Maslen’s laying bare of her personal experiences (she calls it “taking one for the team”) is clever pop-culture criticism.

Maslen unpicks the texts she has found solace in, and those that are retrograde in representing mental illness (hello, Friends). Sally Rooney’s novel Conversations With Friends and Ottessa Moshfegh’s My Year of Rest and Relaxation; TV shows Crazy Ex-Girlfriend, Bojack Horseman and Lady Dynamite; movies such as Silver Linings Playbook and The Big Sick are mined for their usefulness. The life and work of Frida Kahlo provides a window through which to view the fetishisation and erasure of pain. Even Beyoncé’s output and career, and how they have aligned with some of Maslen’s own high and low points, bring insight into the way pain and illness affect women’s experiences of and autonomy over their bodies.

“Representation really does make such a difference,” says Maslen. “You might have to watch a lot of TV that is painful at times – that reinforces all the things you are being told that you have to put up with – but I think we’re seeing a push for greater diversity not just in disability representation but in people of colour, gender, sexuality. The more we see people who look different, sound different and act differently, the easier it becomes to navigate for the people watching, and for the people being represented.”

The book explains the role memes have played in helping Maslen articulate the nebulous existential fog of chronic illness. “I might open Instagram or a Facebook group with other chronically ill people and see these sorts of memes and sort of just exhale,” says Maslen.

“There are times I can’t put words to what is happening to me and I find it really difficult to answer questions from people who generally want to help me and care for me,” says Maslen. “I find Spongebob Squarepants memes entirely expressive. They’re able to carry something that I can’t describe.” Her own social media presence is a study in the effective deployment of such memes.

Although Maslen will always be sick, she has found some relief in her diagnoses. “Having a name for something acknowledges the pain is real, that those experiences are real and ... it helped me to find a community of people also going through similar things. Those communities and online conversations helped me enormously.

“Having that bipolar II diagnosis was an enormous relief and everything just suddenly made a lot more sense. I knew for a long time that mentally something was wrong. I’d unintentionally hurt a lot of people along the way, and I think I hurt myself unintentionally a lot along the way too. I look back at various times throughout my life and I can now see the illness in that situation, rather than me being a terrible friend or being a difficult housemate. It’s been incredibly validating to have that lens.”

Throughout the book, Maslen is aware of her privilege. “It’s taken a lot of research and advocacy by myself to get to this point. And I constantly think of people who are not university educated, are people of colour, are trans and intersex people who fight horrific battles to be taken seriously with endometriosis, and so I guess I just wanted to highlight not just the extent of my experience but that my experience is a fraction of what other people go through,” she says.

Writing a memoir like this was confronting. “It was really difficult to write about some of the low points in 2017, which was my most recent flare that put me into hospital. But actually the only part that I cried while writing was the ending,” says Maslen.

“It was really tough to write this book, but I also felt like I couldn’t write any other book until I had written this book. This needed to come out of me first; it’s a story I knew I needed to tell.”

I’m glad she did. Because now I will find it easier to explain to myself and others where – and how – it hurts.

Show Me Where it Hurts: Living with Invisible Illness is out now through Text Publishing. 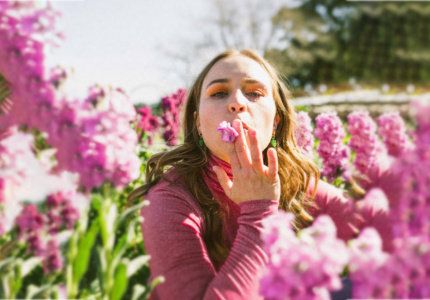