In My Defence I Have No Defence is a hilarious collection of essays about everything that goes wrong when you act like your life is perfect (and how we could learn to be a little less phony). Do you ever feel like you’re pretending to be yourself? That you’re performing the role of you, even around your friends? And you’re terrified of anyone figuring out your life might not be perfect?

Sinéad Stubbins feels that way all the time. And she’s written a very, very funny book about it. It’s called In My Defence I Have No Defence: Catastrophes in Pursuing Perfection and the collection of essays is for anyone who’s ever felt like the only person in their friendship group that isn’t hitting those big “life milestones”. Or for anyone who thinks, maybe this time, an online shop will fix all their problems. Or for anybody who’s ever thought to themselves – laying awake at night – do my friends actually like me?

It’s for everyone, but if you grew up in Australia during the ’90s or ’00s this book will hit close to home. It will make you laugh, audibly and often. Sometimes, it will make you squirm – not in a bad way. In an I’m-being-seen way. And it will make you think (stupid thoughts, but thoughts nonetheless).

“It’s a series of stories about things going wrong,” says Stubbins. “About me failing to be cooler and more sophisticated or not being up to the correct life stage – or being able to ride a bike.

“I wanted there to be a big feeling of being found out, when you’re failing in the performance of this perfect version of yourself,” she says.

Stubbins is a writer and editor whose work covers pop culture, lifestyle, the internet and how all of those things play off one another. She’s well known for her Game of Thrones recaps for Junkee – and has recapped just about every major reality TV show you can think of. She’s also written for the Guardian, Pitchfork, the Cut and was a staff writer on the last two seasons of The Weekly with Charlie Pickering on the ABC. She is also a staff editor at Broadsheet.

At the start of 2019, Stubbins started writing outside of work to see what would happen if she just did it for herself.

On the surface, the stories in In My Defence I Have No Defence are unrelated. There are essays about attempted backpacking hook-ups; odes to Dawson’s Creek; investigations into “cocktail” dress codes; and deep dives into narc energy and why the eels of London’s waterways do so much cocaine. There’s one major thread: Stubbins’s embarrassment.

By baring her failures (and those of friends who must be very glad they’ve had their names changed), she’s hoping you’ll feel better about your own – and that you might be encouraged to take yourself a little less seriously too.

In My Defence I Have No Defence delivers big out-loud laughs. Stubbins’s writing is relatable. If you’ve ever taken a screenshot of an “inspirational” quote on Instagram, doomed to gather digital dust on your camera roll, there’s an essay here for you. If you’ve modelled your entire personality or life decisions on your favourite character from a movie, there’s one for you also.

Much of In My Defence I Have No Defence was written pre-pandemic, but there are some Covid-specific chapters interspersed throughout. There’s deliberately no real reference to any of the nightmarish things – pandemic and otherwise – that have happened in the past 18 months.

“Our brains were never designed to consume this much sadness and bleak content. We actually aren’t built for it,” says Stubbins. “We need some dumb levity so we can live our days – we actually need it.

“People perceive humour to be trivial. And it is trivial, but that doesn’t mean that it’s not important.”

Sinead Stubbins’s In My Defence, I have No Defence ($29.99) is available from Readings. 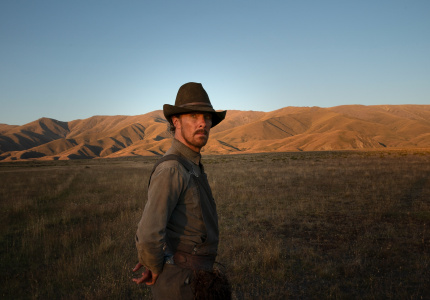