Music That Made 2021: 12 Songs We Couldn’t Escape This Year, Even If We Wanted To

Tiktok hits. Slow burners. Re-releases. That one you cried to in the shower. These 12 tracks captured a moment in 2021, whether you liked it or not, and we’re here to remind you why. 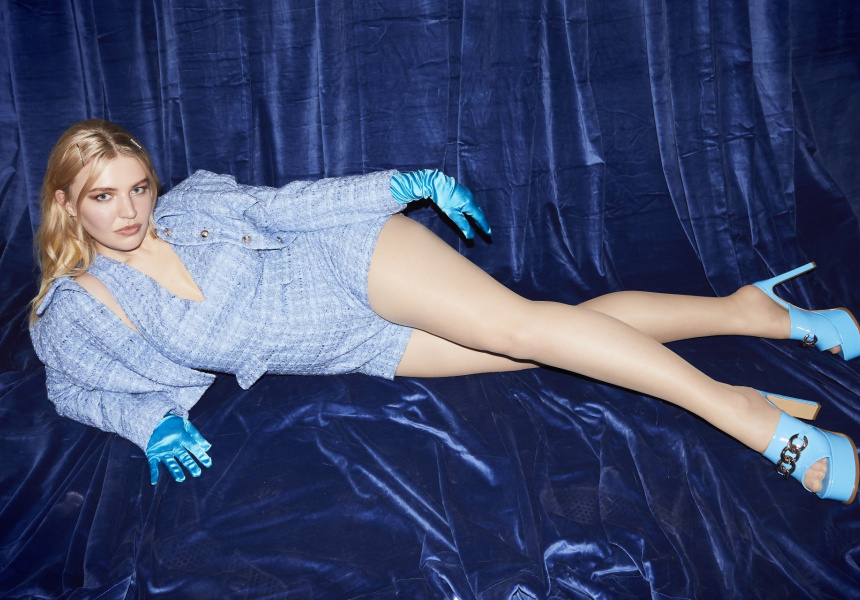 Come, reminisce with us on what was a bizarre but beautiful year of musical bangers – from scream-at-the-top-of-your-lungs pop ballads to unexpected shantytok.

Doja Cat – Kiss Me More (ft SZA)
It wasn’t the end of the pandemic, like we all hoped it would be, so we needed a little lightness and escapism in 2021. Kiss Me More provided light, breezy bubblegum confection dedicated to the pleasure of kissing (and a whole lot more). The melody gets lodged in your head whenever you hear the track (interestingly, it samples Olivia Newton John’s Physical) which, since its release in April, is pretty much every day. With over 900 million streams on Spotify and three 2022 Grammy nominations, including Song of the Year, the love for Kiss Me More isn’t fizzling out soon.

Olivia Rodrigo – Drivers License
Unless you’re a Disney Channel aficionado, Olivia Rodrigo seemingly arrived as a fully formed popstar out of nowhere this year. Her debut single Drivers License is a heartbreaking ballad that suggests a maturity beyond her years. There are the defeatist, cracked vocals, impassioned, lung-busting cries of “red lights, stop signs”, and the production touches are minimal – little more than a piano and swelling strings. Yet within days of its release it was getting sales and streaming figures that even established artists could only dream of attaining. A few months later, Rodrigo was a household name.

Taylor Swift – All Too Well (Taylor’s Version)
Last year the documentary Miss Americana showed Taylor Swift learning to adjust to the responsibility of being a public figure with a platform in an age of social media and political instability. Since then, Swift’s fought to have her say and gain total control over her music and broader artistic direction. Earlier this year, she released a re-recorded version of her 2012 album Red and at its emotional core was All Too Well (Taylor’s Version). The tender ballad about heartbreak and having to rebuild yourself once a relationship has ended came with a fresh 15-minute film clip that fans (and anyone caught up in the drama) poured over for details of her brief, but devastating relationship with Jake Gyllenhaal. Even Dionne Warwick weighed in, tweeting “If that young man has Taylor’s scarf he should return it”.

The Kid LAROI, Justin Bieber – Stay
An undeniable banger, Stay propelled 18-year-old Charlton Kenneth Jeffrey Howard (The Kid LAROI’s real name) to true megastar status. And it’s always special to see one of our own make it on the international stage. The Kamilaroi man, who is from Waterloo in Sydney, has spoken of wanting to put Australia on the map the same way Drake has with Toronto, Canada. Stay, his single with Justin Bieber, is his first American chart-topper and it reached four-time platinum status in Australia while spending 14 consecutive weeks at number one. It remains to be seen whether he’ll reach that same level of success as Drake, but The Kid LAROI was awarded Best Artist in 2021’s Aria Awards – the first solo male rapper to do so – and is arguably already the biggest Australian artist for a generation.

Peach PRC – Josh
“Does your mum still buy your clothes / Cause I know you’re still at home” starts Peach PRC’s sugary earworm, and once those lyrics hook you in they’re hard to forget. Her witty dismissal of ex Josh was picked up by Tiktokkers and used for various entertaining riffs, plus the Adelaide artist has built a following of over 1.5 million on the platform for her candid videos about everything from music to mental health, sexuality and her love of pink. But what makes Josh one of the year’s defining songs is that, despite being hyper specifically about a dude called Josh, it is highly relatable. It seems everyone has someone who is not getting the message – “Fuck off stop calling me, Josh”.

Adele – Easy On Me
Despite stringently ignoring all modern music trends, Adele remains perhaps the biggest star on the planet. Her first three albums have sold more than 120 million records. Her post-divorce comeback 30 was always going to be one of the year’s most noteworthy albums, and the lead single doesn’t deviate much from her piano-ballad formula but it does raise the curtain on a new chapter in her life – one that fans were aching to get to know better. Easy On Me reached the top of the charts in 26 countries soon after its release, showing her fanbase (the Daydreamers) are backing her all the way. “Go easy on me baby” were the lyrics we cried in the shower in 2021, and we’re sure Weekend Sunrise host Matt Doran did too after admitting to Adele that he hadn’t listened to her new album ahead of his interview with the star in November.

The Longest Johns – Wellerman
Not on Tiktok? This one takes some explaining. #Shantytok became a thing in 2021. Those on the bandwagon would duet with various other users to create a sea shanty tune – either singing, harmonising or adding instrumentation to existing videos. The end result could be a symphonic tour de force. Central to this trend was Wellerman, a 19th century whaling song that originates from New Zealand, which had been recorded by English folk group The Longest Johns. Within weeks, shantytok was huge and a dance remix of Wellerman led the UK charts. Where to next for 2022? We can only hope it’s entertaining.

Lil Nas X – MONTERO (Call Me By Your Name)
The sad fact remains that a black gay man celebrating who he is remains a bold political act, and on MONTERO (Call Me By Your Name) Lil Nas X continued to be unapologetically more than the kid-friendly hit Old Town Road. One-hit wonder he is not. The song was previewed at the Superbowl in February and the video for it includes the artist riding a stripper pole all the way to hell before lap dancing for Satan. It unsurprisingly attracted criticism, and we’re here for all the success Lil Nas X has reaped by being his true authentic self.

Self Esteem – I Do This All The Time
Musician Rebecca Lucy Taylor, aka Self Esteem, has been in the music industry for over a decade and she drily recounts tales of sexism and prejudice in her songs (“All you need to do, darling, is fit in that little dress of yours”) while also giving herself pep talks in the face of self-doubt (“Prioritise pleasure. Don’t send those long paragraph texts.”). As the choir builds and the strings soar, there’s a defiant and celebratory coda to I Do This All The Time. The track’s from Self Esteem’s second album and though it’s not nearly as big as some of the others on this list, Taylor’s lyrics speak to a burnout to people-pleasing and that feels very 2021.

The Anxiety – Meet Me At Our Spot
The musical project of Willow Smith (yep, Whip My Hair Willow) and Tyler Cole released this track in March 2020, but the magic of social media has turned it into a bona fide hit this year. Its languid mood and “Caught a vibe” call has proven irresistible to Tiktokkers, especially if you’re young enough to know what the two fingers on the arm move is all about. Without it, this sleeper hit may have faded into obscurity – and we’re thankful it didn’t.

Wet Leg – Chaise Longue
“All day long on the chaise longue”. It sure felt like long languishing days during lockdowns in 2021, and somehow this boppy deadpan hit from Wet Leg crept into our subconscious in that time and made a home there. In a parallel universe, this would have been the big hit of festival season. But in our universe, it’s one we associate with staying home. Borrowing a line from Mean Girls” – “Would you like us to assign someone to butter your muffin?” – Wet Leg’s Chaise Longue is unadulterated, dumb fun that’s hard to resist.

Bo Burnham – Look Who’s Inside Again
The Covid-19 pandemic inspired a wave of articles, media and reactions but perhaps the definitive piece of coronavirus-inspired art arrived this year with Inside – Bo Burnham’s Netflix comedy special, written and performed entirely in isolation. It’s often an uncomfortable and raw watch, and Look Who’s Inside Again shows us Burnham finishing his show and wondering how life can ever return to normal again. It’s a feeling we can identify with and, while Look Who’s Inside Again strongly resonated in 2021, we hope the same won’t be true in 2022.