Vast alien worlds, gorgeous dysotpian futures, terrifying creatures of the deep – all downsized to your laptop? You can do better. In partnership with Sony BRAVIA, we highlight the film and TV series worth watching on the big (home) screen. In the great streaming era of film and television, the small screen has never looked so good. At least you might think that if you’re only watching things on a laptop in bed. But we reckon you’ve been missing out.

Serious cinema demands a serious screen. And with the immediate future of cinemas still murky, here are some of the best recent films and TV series that demand a bigger viewing experience at home.

Raised by Wolves
The first two episodes in this science-fiction series were directed by Ridley Scott, who famously directed Alien, Blade Runner and Prometheus. That explains the strikingly alien (and vaguely Alien) visuals throughout as a pair of androids (“Mother” and “Father”) fleeing a religious war crash on a desolate planet to try and raise the next generation of humanity. As you might expect, things do not go well for them. The joy is in Scott’s ability to seamlessly merge unsettling effects with gritty locations, creating a string of memorable visuals while things begin to spectacularly fall apart.

Roma
Photographers and cinematographers have known for decades that if you really want images that pop, you go black and white. With this Academy Award-winning semi-autobiographical film, Mexican director Alfonso Cuarón brings the wealth and poverty of early ’70s Mexico City to life without a single splash of colour. The story – of a maid to a wealthy family who has to navigate personal dramas and the growing political strife on the streets – is both intimate and sweeping; a gorgeous widescreen snapshot of a nation in turmoil.

North by Northwest
Even if you’re already familiar with Alfred Hitchcock’s masterpiece, this recent Blu-ray release will be an eye-opener. Originally shot in VistaVision, a high-resolution widescreen format developed in the ’50s, Hitchcock’s tale of an advertising executive (Cary Grant) who stumbles into a nation-spanning conspiracy packed with twists and love interests was a thrilling watch even before it got the Blu-ray treatment. But with vivid colours and crystal-sharp cinematography, this is an outstanding restoration in every way. You’ll feel like you could walk into the cornfield alongside Grant, and find yourself ducking when the plane swoops to attack.

I May Destroy You
Michaela Coel’s 12-part drama (the English auteur writes, stars, produces and occasionally co-directs here) is one of the year’s most acclaimed series – and deservedly so. Never simplistic or straightforward, this look at gender, race, relationships and the aftermath of sexual assault is thoughtful and energetic, constantly keeping the viewer off balance. But it’s the occasional impressionistic moments – in scenes that focus on emotional undercurrents and the tiny, subtle ways people connect – that cry out for a big screen.

Deep Blue Sea 3
Yes, this might sound like a joke. But the latest instalment in the ongoing struggle between man and super-intelligent killer sharks is full of surprises (and we don’t just mean the way various characters are disposed of). While this is a consistently entertaining, trashy thriller, it’s the striking underwater scenes early on that really impress on the big screen. Good horror relies as much on atmosphere as it does shock, and these scenes do an excellent job of showing off the beauty and wonder of the tropical reef the sharks are about to chomp their way through.

Watch on DVD and Blu-ray

Monos
On a remote mountaintop in Colombia, a band of child soldiers are left to guard a single captive. (And take care of a cow – after all, an army marches on its stomach.) Left to their own devices, these gun-wielding kids play games, form alliances, act out and eventually spiral out of control. Both grittily realistic and wildly hallucinogenic (especially once the kids move down into the jungle), director Alejandro Landes has created a visually dizzying epic in which the environment is as much the star as the characters themselves. The jungle has rarely looked so threatening – or attractive – on the big screen.

Available on DVD and Google Play

Brave New World
This nine-part adaptation of Aldous Huxley’s classic dystopian novel starts streaming on October 16. But if you’ve grown weary of the genre of late, give this one a go: its stunning vision of the future is a breath of fresh air. Yes, the rigidly controlled future civilisation of New London isn’t perfect, but this doesn’t pretend that a gleaming city full of gorgeous people happily taking drugs and constantly having sex would be entirely bad either. On the big screen, it’s a world close enough to touch. 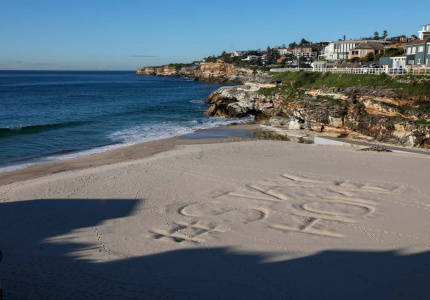