After 20 years of dancing, Hallberg has relocated to Melbourne to become the company’s new artistic director. In partnership with The Australian Ballet, we discuss the leap of faith that reunited him with the city he credits with saving his career. Photography: Courtesy of The Australian Ballet
1/8
by Doug Wallen
Share

When The Australian Ballet announced its new artistic director last March, the big surprise was that an American got the job. And not just any American: David Hallberg, once described by the New Yorker as “the most exciting male dancer in the Western world”.

Though Hallberg had to move halfway across the world to assume the role, his appointment isn’t as odd as it might sound. He’s been a repeat guest artist with The Australian Ballet over the past decade, and – after spending 14 months in Melbourne undergoing intense physical therapy to save his career – he became the company’s first international resident artist in 2016.

“We got along from the start – me and the company,” says Hallberg. “I just felt really comfortable and happy here. I really fell in love with Melbourne. It became one of my favourite cities in the world.”

That’s not just polite praise: he never quite felt the same about Moscow, despite moving there in 2011 to become the first American principal dancer to join the Bolshoi Ballet. And it was still a leap of faith to farewell New York City, where he has lived on and off since the age of 18. But after arriving in Melbourne at the start of December following the requisite quarantine in Sydney, he’s well and truly ready to succeed outgoing artistic director David McAllister, who has held the position for almost 20 years.

“I have had very different experiences than David McAllister, and I really plan to bring those to the company,” Hallberg says. “[That includes] really feeding the dancers, nourishing their talent by bringing in coaches I’ve worked with around the world and [adding] repertoire I think they’ll be inspired and challenged by. For decades the Australian Ballet has positioned itself as daring to be different and respecting tradition. My approach to programming will continue this, paying respect to the classics while always pushing the boundaries to bring in something new and exciting that broadens the audience’s appreciation of the artform.”

While Hallberg was initially surprised to even be considered for the job (“I thought they wanted an Australian”), he knew it was the right time in his career to take on such a role – despite never having served as an artistic director before. “I’m as green as they come,” he says. “But I do have 20 years of dancing behind me, [so] I have all these ideas and ambitions for the company. This is my first foray, but I feel so ready.”

Some of those ideas are already apparent in the company’s newly announced 2021 season ‘A New Era’, a unique hybrid of McAllister’s and Hallberg’s individual visions. There may be some familiar stories in Anna Karenina and Romeo and Juliet, but Hallberg looks forward to challenging audiences and not just resting on the laurels of the classics.

“There’s a very curious audience in Australia that I find is really open to newer concepts and newer work,” he says.

With that in mind, he singles out two upcoming programs. April’s Counterpointe at the Sydney Opera House pairs the classical Russian ballet Raymonda (Hallberg’s first official staging for the company) with the Australian premiere of William Forsythe’s “in-your-face” modern ballet Artifact Suite. Hallberg believes that juxtaposition “shows the arc of classical ballet, from where it started to where it is now”. And New York Dialects (coming to Sydney in April and Melbourne in June) is an exciting commission from American choreographer Pam Tanowitz. “She creates a kind of movement that I don’t think Australian audiences have seen,” says Hallberg.

It’s all part of an auspicious new start for the ballet veteran, who already associated Melbourne with artistic rebirth. After a traumatic 2014 ankle injury inspired him to place his trust in The Australian Ballet’s world-class health team – as documented in his 2019 memoir, Body of Work – the city feels forever safe and comfortable to him.

“They saved me,” he says. “They brought me back on stage and gave me life again.”

Broadsheet is a proud media partner of The Australian Ballet. Read more about the upcoming program. 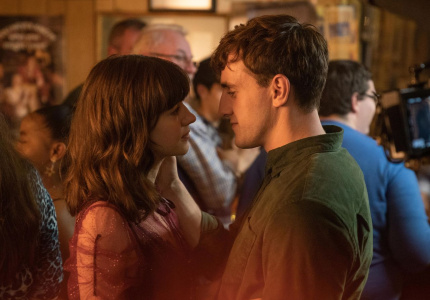