How to Convey 65,000 Years of Indigenous History on Stage

As the celebrated dance company Bangarra Dance Theatre celebrates three decades, we talk to Head of Design Jacob Nash about being a custodian for the oldest culture on Earth. In partnership with Bangarra, we discover how he does it. 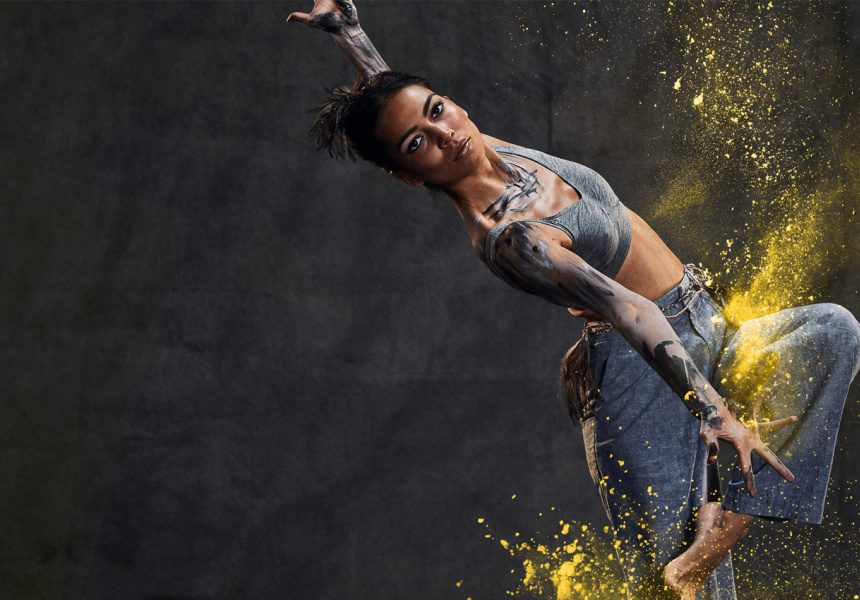 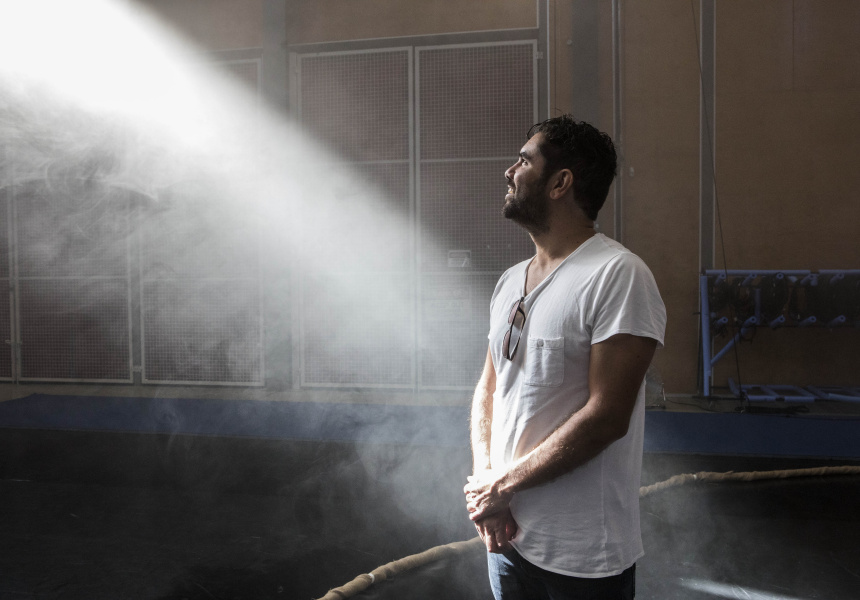 Jacob Nash first became aware of Bangarra Dance Theatre in 2002, when he caught the show Walkabout on a trip to Sydney. He’d never considered designing for the stage before. He was transfixed.

“It changed my life,” he says. “Set design is such a weird, specific set of knowledge. It’s a mix of design and architecture and fine art. But I saw in it all these elements that made me hungry to tell stories about me, and my culture, and how we fit into this world.”

He changed uni degrees, relocated to Sydney, and aimed for Bangarra. Seventeen years later, he’s the company’s Head of Design. He’s told many stories with Bangarra, from his Helpmann-award winning work for Bennelong to the dance adaptation of Bruce Pascoe’s landmark book Dark Emu. Off the stage, Nash has designed for ABC’s Aboriginal sci-fi drama Cleverman and worked on the acclaimed dance film Spear. Put it all together and he’s one of the most significant voices in contemporary Aboriginal design.

This year, Bangarra is celebrating three decades of storytelling – and 65,000 years of the oldest continuing culture on Earth – with a hugely ambitious, three-part show encompassing its entire history called 30 years of sixty five thousand.

It’s a show in three parts: it opens with a restaging of former Bangarra dancer Frances Rings’s Unaipon, about the philosopher and inventor who stares out at us from every $50 note. Then, Stamping Ground a show by Czech-born choreographer Jiří Kylián first performed in the Netherlands in 1983, celebrates dance as a great communicator, paying homage to Aboriginal and Torres Strait Islander people and their perspectives through an international lens. Finally there’s a new work, to make fire, which tells the story of Bangarra through excerpts and references from across the company’s history. This new piece is where Nash comes into his own.

With multiple narratives, each with distinct choreographers, 30 years of sixty five thousand presents a lot of design challenges. How do you encapsulate 30 years of creative work in a single night?

For Nash, it’s all about collaboration. His work is part of a bigger whole, from his close working relationship with artistic director Stephen Page to the performers.

“You don’t want to overcomplicate things,” he says. “We’ve got a lot of new dancers this year and we want to give them room.”

So Nash looked to the not-too-distant past. His favourite touch is the backdrop for the to make fire act, reused from the company’s 2014 show Patyegarang, about the teacher and conciliator who is thought to have been the first Aboriginal person to a teach a European an Aboriginal language.

“It’s based on the essence of Sydney sandstone,” Nash says. “It’s a very beautiful thing. It could be a cliff, or the land from above.” While the choreography reflects a range of the company’s greatest moments assembled by Page, the set is both a callback to the past, and a wall of solid, immoveable rock.

“It gives the audience an emotional connection, but not a geographical one,” says Nash. “And it holds the whole work together.”

It’s a common thread in Nash’s work. As technology changes, he has to continually adapt, but also maintain a connection to the past. “We’re always looking towards country, for shapes that feel ancient, organic,” he says. “And we don’t want to lose sight of human marks. You can’t lose that essence of emotion.”

Whether he’s designing Aboriginal sci-fi for TV or historical dance for stage, Nash recites a mantra: “If I don’t believe in it, no one else will,” he says. “If I’m not connecting with what I’m creating, I need to work harder. When that magic happens, you’ve just got to grab it. That’s what we all do.”

Nash says 30 years of sixty five thousand looks to the past and present, with the grand finale bringing us into the future. It’s the future bit that really excites him.

“I really do love the end,” he says. “The last seven or eight minutes bring it all together and remind us how important the company is in the contemporary landscape – all of the beautiful things we do, and all of the stories we tell. We’re not just making art, it’s more than that. We’re the continuation of culture. That’s what I‘ve taken away from the last year of working on this.”

Next year will mark 250 years since Cook arrived in Botany Bay. “In 250 years, will we still be telling the story of Bennelong that we created in 2017?” Nash asks himself.

“Well, why wouldn’t we? These are contemporary songlines. They’ll be handed down. We’re just caretakers.”

Broadsheet is a proud media partner of Bangarra Dance Theatre.