The industry is down at least $325 million and counting, with all festivals and gigs on hold for the foreseeable future. Artists and bookers are adapting in surprising ways, but some of our cities’ best-loved live-music spaces may not survive without help. Here’s what you can do. 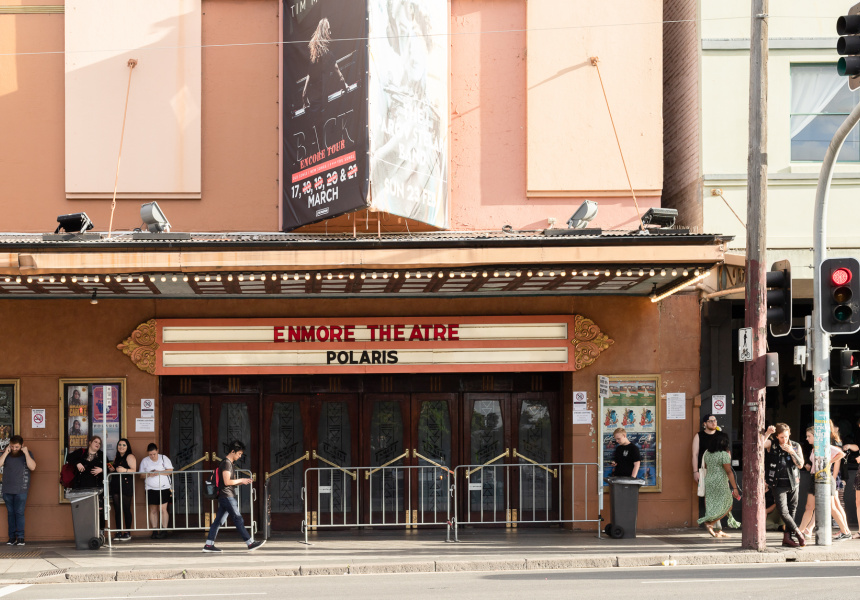 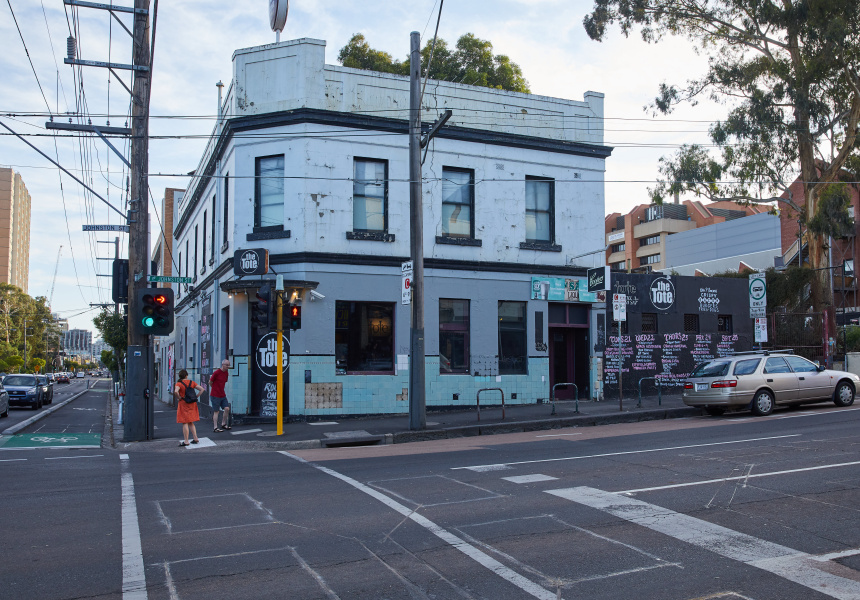 Less than a week after attending Victoria’s Golden Plains music festival with roughly 10,000 other punters, it was downright surreal to watch Prime Minister Scott Morrison ban gatherings of more than 500 people on Friday March 13. I could still almost taste the warm tinnies.

Dark Mofo in Hobart was the canary in the coalmine – the first Australian festival to cancel its 2020 event, following the lead of overseas counterparts such as South by Southwest (SXSW) in Austin, Texas. A flurry of festival cancellations followed – including Bluesfest in Byron Bay, Vivid in Sydney, Ability Fest in Melbourne, and Boogie Festival in central Victoria – many of which had big-name international headliners.

From there, events were postponed and gigs were downsized – and that was just the start of Covid-19’s cultural carnage. When gatherings were limited to 100 people (a number that now seems unimaginable), the live-music industry basically shredded its 2020 calendar.

“It felt like we were in some sort of Indiana Jones movie, running away from the boulder but we didn’t run fast enough and we had to cancel everything,” says Emily Ulman, the music programmer for Melbourne’s ambitious Brunswick Music Festival, which was called off midway through its second week.

“I thought we were going to get through. First it was, ‘Okay, gatherings of 500 people indoors, we can split the larger shows into two’, and then it was 100 people and then another update would come,” she says.

Paris Martine is the booker at one of Melbourne’s most popular bandrooms, upstairs at the John Curtin Hotel in the inner-city suburb of Carlton. She and her team were less optimistic, cancelling all the venue’s upcoming gigs when the 500-person rule landed.

“[Even] though we were smaller than that threshold, we decided we’d take it upon ourselves to close at that point … simply because there was no clear indication of a new date it would be appropriate to go ahead,” she says.

It’s still not clear when that might be. And smaller bars and live-music spaces, which already contend with slim margins and local councils, may not survive six or even three months of shutdown. Even so, everyone Broadsheet spoke with understood the need to protect punters, staff and the wider community, despite the devastating flow-on effects.

“Very quickly it became apparent that any venue, large or small, was not going to be able to operate for the foreseeable future … [it was] all gone, almost overnight,” says Perth-based musician Kevin Mitchell, who plays solo under the stage name Bob Evans and is the frontman of rock band Jebediah.

“It really just cut the head off an entire industry in one fell swoop. In the space of 48 hours, I lost every bit of live work I had for the year,” he says.

“This has very quickly become such … a colossal clusterfuck of a situation and nobody knows what the right thing to do is. Everybody’s flying blind, including the government.”

Artists, venue operators and staff, festival organisers, production crews, ticketing agencies, marketing agencies and even music publishers have all been hit hard. On March 27, I Lost My Gig’s online tally pegged Australia’s collective losses from event cancellations and delays at $325 million and counting.

For Melbourne-based artist-musician Becky Freeman and her band Sui Zhen, the first domino fell on March 6 when SXSW was cancelled. Freeman, who released an album in September last year, had already forked out $4000 on a three-year visa, hoping to tour the US after the festival, as well as thousands more in non-refundable airline tickets and accommodation.

“Each opportunity was building off the next one,” she says. “It was all just so in flux; it was the most stressful few weeks that I’ve had in a really long time. But I think the disappointment quickly eroded because it was becoming so clear that it was a world crisis issue, it wasn’t an individual problem.”

Martine says to understand the scale of the problem facing the live-music industry, you need to understand its ecosystem. “Many [musicians] have built their entire business model around touring and have made all their decisions around that,” she says. “People start in the small venues and build up their show to tour it nationally and then overseas.

“Some of these acts were on the precipice of their career taking off and that has just halted. That motion is really vital. So supporting those artists is important because they need us [venues], we need them, and we all need the audience.”

Support Act, Australia’s most prominent music-industry charity, provides emotional and financial support for artists, crew and music workers in crisis. Its free 24-hour hotline has been slammed in recent weeks, but CEO Clive Miller says new government stimulus measures – including the doubling of unemployment payments and new Jobkeeper payments, which cover many full-time and part-time workers, and some casual workers and sole traders – have eased some of the initial anxiety.

“It’s not just the artists, it’s all the other people that contribute to making live music what it is. We need to be ensuring that we’re looking after them as well,” says Miller.

“There’s been a lot of lobbying and advocacy work that has gone on with the government to make sure they understand the needs of the music industry, particularly in relation to small business and sole traders.”

Since Broadsheet spoke to Miller, the federal government has promised $10 million in funding for Support Act – part of a $27 million funding package for the arts sector. The funding will enable the charity to provide crisis relief to artists, crew and music workers who have lost income, and to extend access to the helpline to all members of the arts industry.

“This additional funding from the government will enable us to ensure that Support Act can provide short-term financial support to those artists, crew and music workers who fall through the cracks for any reason and are unable to access government benefits; and those who are injured, unwell or have a mental health issue that is preventing them from being able to work,” Miller said in a statement.

Mitchell is hopeful he’ll qualify for government support, but he’s still combing through the details.

“It’s often hard for people to understand how artists live and how they structure their businesses,” he says. “I always try to say to them, well look, just imagine me as basically the corner deli, except I don’t have a shopfront. It’s a legitimate small business and it has to do all the same things that the corner deli has to do.

“For me it’s just trying to figure out how I can continue to pay myself a very modest wage through the next at least six months … because I’ve got a family and a mortgage and all of those things, like many people do.”

So how do you support a venue that’s not open, or a musician who can’t play shows, without leaving the house?

Last week, Ulman – along with musician Merpire (aka Rhiannon Atkinson-Howatt) and artist manager Shannen Egan – put on the third installment of Isol-Aid, a free music festival live-streamed via Instagram. Similarly, Mitchell played Delivered, Live, a ticketed family-focused version, organised by the Victorian government. Many more events and performances are being live-streamed from around the world.

“[Isol-Aid] started off as an idea that we would have an Instagram Live relay where one artist would play a set and tag another like a virtual game of musical tag,” says Ulman. “But it needed to be curated, it needed to be simple, it needed to be as easy to navigate as possible.”

The final format is just like a festival, with a line-up that builds up from lesser-known acts in the day to big-name headliners at night. Grinspoon’s Phil Jamieson, Courtney Barnett and Sarah Blasko have all taken to the virtual stage.

“I was on a high all day after doing that,” says Freeman, who performed a set from her living room. “It was really fun because it was organised like a festival, you have the audience there … You end up seeing people you’d probably see at the gig pop up in the chat thingy and that’s really sweet and funny.

“People would say things like, ‘I’m just going back to my tent to get a jumper’, ‘Do you want a drink from the bar?’” says Ulman, laughing.

“Music and live music is so intrinsic to who we are as Australians," she continues. “I feel like that doesn’t need to change, we can still stay connected to the artists we love and the friends we talk to about music.”

“Find out what their online shop has available and purchase, directly from them, their work. Whether that’s a T-shirt, or an album, or a book, or a dishcloth.

“Every little thing counts now. It counts more than it ever has before.”