Hotel Mumbai: A Harrowing Window Into the 2008 Mumbai Terror Attacks

This heart-in-your-mouth thriller by Adelaide-born director Anthony Maras drops you in the middle of a hotel under siege. 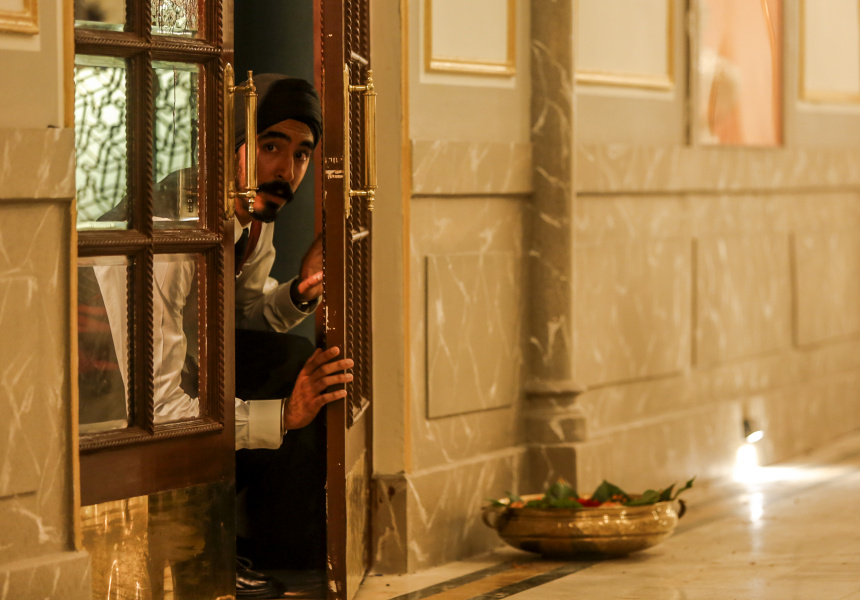 November 26, 2008. Mumbai, India. Gunshots ring out like lightning as a wave of terror attacks ravage the sprawling Indian metropolis. Many in the city’s tourist district seek refuge at the iconic Taj Mahal Palace Hotel. Unbeknown to them, it’s the primary target. As young Islamic jihadists lay siege to the hotel, what follows is a harrowing, days-long battle by guests and staff to survive.

Adelaide-born director Anthony Maras drops you in the middle of it in his feature-film debut, Hotel Mumbai, which he co-wrote with John Collee.

Toronto International Film Festival hosted its world premiere last year, 10 years after the attacks, and it made its Australian premiere on opening night of the 2018 Adelaide Film Festival (ADLFF). Burning incense swirled in the GU Film House courtyard while rose petals fluttered down from a first-storey balcony draped with different-coloured saris.

What struck Maras most were the survivors’ personal testimonies of the attacks. He and Collee reviewed existing, unedited footage from the 2009 documentary Surviving Mumbai before beginning their own research some eight years after the attacks.

“To hear these different takes on the same incident was something I found really compelling,” Maras tells Broadsheet over a latte, two days after the film’s Australian premiere. “Sitting across from people who’d survived it and just hearing their accounts of the experience – what it felt like to be caught up in one of the biggest terror attacks, and the resilience they showed to get over it.”

Maras and Collee also checked into the Taj for a month. “It added a different level of understanding – to be able to walk the same passageways and stairwells they escaped out of, to be able to hear it from the different kitchen staff who actually did these things.”

Threads of different individuals’ stories from guests and staff entwine as the siege intensifies. Head chef Oberoi (Anupam Kher) takes command of the staff, including waiter Arjun (Patel), who repeatedly puts others’ lives before his own. Among the guests are husband and wife David (Hammer) and Zahra (Nazanin Boniadi), their baby, and nanny (Cobham-Hervey).

“Guest is God” echoes through the staff ranks. And what prevails, amid the chaos, is their unwavering humanity. “You get a sense there’s something special about these staff members who decided en masse to remain so they could protect their guests, even though they were able to escape themselves,” Maras says. “Some were stuffing baking trays down their shirts and taking bullets for strangers. In some cases the staff had escaped and they turned back.”

“That hotel and the people caught up in it, in some ways, is a bit of a microcosm for what’s happening in the wider world,” says Maras. “It was inspiring to see the fascinating way in which people from all walks of life came together to try and get through this absolute hell.”

Over three days and nights, jihadists targeted 12 sites across Mumbai. The hours tick by on-screen. Open fire in the Taj doesn’t discriminate against anyone, and the visceral, gut-wrenching sequences leave you sitting clench-fisted.

Maras and Collee reviewed transcripts of police-intercepted satellite-phone conversations between the gunmen and their handlers in Pakistan. “You have a real-time account of what they’re listening to, what they’re being told and what they’re saying back to their handlers,” says Maras.

In depicting the terrorists, Maras says he “didn’t want them to feel like nameless, faceless killers. The idea is to try and get a sense of ... what’s driving them.” Though, “It’s mainly done through the observations of people who are hiding or trapped as hostages or whose paths cross with them. There are very few points where you’re with them totally.”

Slotted in-between are flashes of real-life footage from outside the Taj during the attacks. It’s a sobering tug back to the very real reign of terror that claimed the lives of 32 hotel guests and staff. “It gives the film a sense of scope,” Maras explains. “There are certain things you can recreate, but if they’re there – even if it’s not in a cinematic form – there’s an authenticity I wanted to explore.”

Hotel Mumbai is an ADLFF Fund-backed production filmed across Adelaide and India. Parts of the lavish, five-star-hotel interior – hotel rooms, corridors and the restaurant – were recreated at Adelaide Studios in Glenside. The large-scale interior and exterior shots were executed on location in India.

“Some of the filming was done at the real-life locations,” Maras says. “The train station is the same train station it happened in. We shot down the same alleyway ... where the head of the Indian terror squad was assassinated with three of his deputies.”

The multi-layered film unfolds at pace, and it’s near impossible to consume every facet in one screening. But it came together meticulously; Maras dealt with “one location, one scene, one page, one line at a time”. He’d ask himself: “What moment am I exploring right now, and how do I make that feel as authentic as possible?”

Last year year, Maras – before his first feature film had even premiered – was listed as one of Variety’s 10 Directors to Watch. If Hotel Mumbai is any indicator, that’s bang on the money.