Looking for new TV or a movie binge? These are the best new additions to streaming services for October. 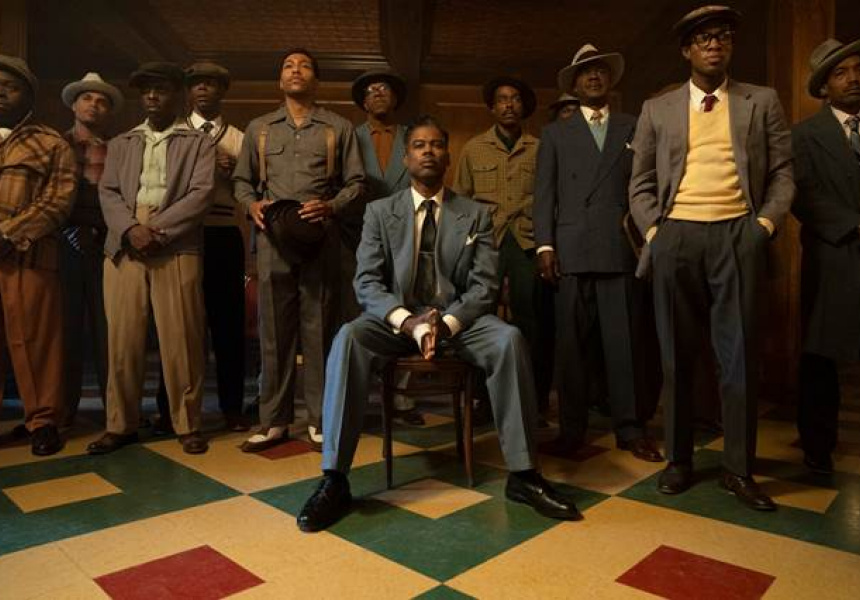 While we might be venturing outdoors more this October as restrictions ease up and the allure of picnics and beach days replaces being bundled up in a blanket burrito, there are still plenty of excellent options for a night in on the couch.

From hyped courtroom dramas to moving documentaries (and some Baby Yoda), here are the streaming highlights we're tuning into this month.

The Undoing
Helmed by Nicole Kidman and Hugh Grant, this HBO series penned by David E. Kelley follows a successful therapist and author whose life unravels after she realises her husband is not all he seemed to be.
October 26, Foxtel Now and Binge

Brave New World
While many of us would like to forget anything relating to Year 10 English, it's undeniable that sci-fi curriculum staple Brave New World deserved a modern TV adaptation. All nine episodes are landing at once, which means you can binge them in one day, if you like.
October 16, Stan

The Trial of the Chicago 7
The hotly anticipated return of Aaron Sorkin to courtroom drama is here at last. Featuring a stellar cast that includes Michael Keaton, Sacha Baron Cohen, Joseph Gordon-Levitt and Yayha Abdul-Mahteen, the film focuses on the real-life story of seven anti-Vietnam War protesters, who were charged with conspiracy by the US government. Originally slated for theatre release, the rights were sold to Netflix during the height of Covid-19.
October 16, Netflix

The Mandalorian, season 2
The second season Star Wars fans have been waiting for is finally arriving, which means more Baby Yoda. Honestly, what could improve 2020 besides that little guy? The space adventure continues, so expect more action and (obviously) more unbearable cuteness.
October 30, Disney+

Fargo, season 4
Forgot about Fargo? You'd be forgiven if so - the fourth season has been over three years in the making, but it's back with an all-star cast (Chris Rock, Timothy Olyphant, and Jason Schwartzman are leading the pack). This season we're heading way back to 1950s Kansas, as two gangs battle for control over the city.
October 8, SBS On Demand

Misunderstandings of Miscarriage
This brave feature documentary helmed by Australian actress and filmmaker Tahyna MacManus covers her four-year experience with pregnancy and miscarriage. Aiming to open up conversation around pregnancy loss and encourage progress in areas of education and legislation, MacManus details her own experiences, along with the input of celebrities like Teresa Palmer and Deborra-Lee Furness as well as everyday Australians.
October 1, Stan

The Walking Dead: World Beyond
Were you a huge fan of The Walking Dead in the beginning, but have fallen off the series over the years? This new spin-off from the original might pique your interest. Running in a limited two-season format, The show follows four teenagers in Nebraska as the first generation to come of age during the zombie apocalypse.
October 2, Amazon Prime

On the Rocks
Sofia Coppola's latest flick sees her reuniting with Bill Murray alongside Rashida Jones, who star as father and daughter. When Laura (Jones) fears her husband may be having an affair, she enlists her dad to help her investigate. A comedy-drama that sounds like the perfect date night flick, to be honest.
October 2, Apple TV+