Produced by Broadsheet in partnership with Mazda BT-50.

A Guide to the Best Mountain-Bike Trails in Australia

Ready to ride some of the finest trails around the country? In partnership with the Brand-New Mazda BT-50, here are five spots worth the journey. 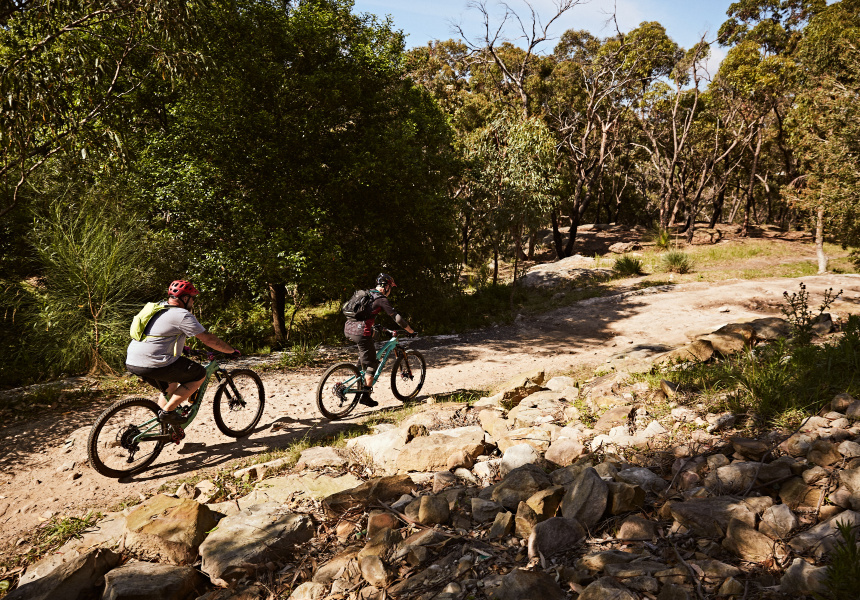 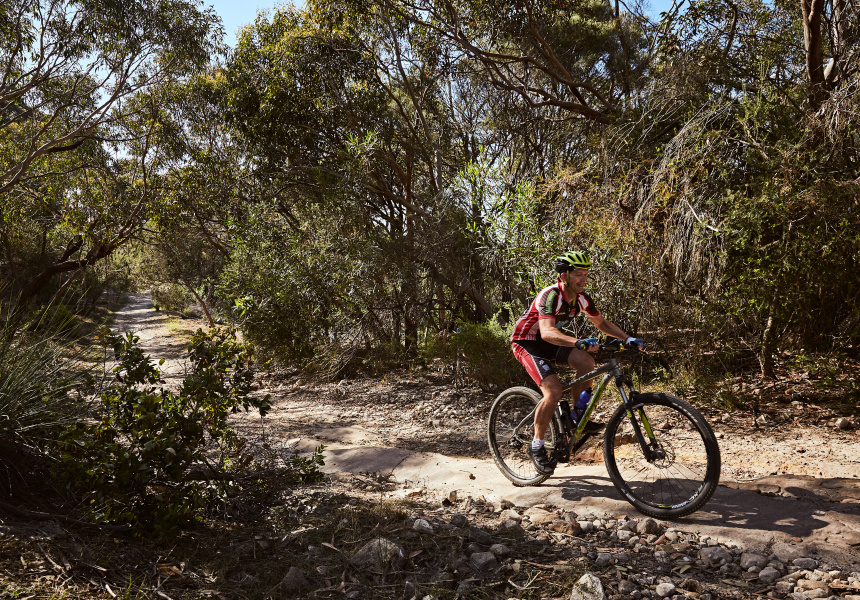 Mountain biking is having a moment in Australia. As of February, there was approximately $100 million of direct government funding set aside for new trails across the country. And since Covid-19 hit, Australians have cleared out bicycle shops across the country. In short, it’s a great time to throw your bike on the rack and make for the trails, particularly as we head towards summer.

Here are five of the best mountain bike trails in Australia.

Smithfield Mountain Bike Park – Cairns, Queensland
One of Cairns’s slightly overlooked attractions is Smithfield Mountain Bike Park – 60 kilometres of trails that slice through rainforest peaks 15 kilometres north-west of town. It gets plenty technical in places – it was the site of the 2017 UCI Mountain Bike World Championships – but there are also easygoing trails for those who just want to raise their heart rate a little. Bonus points for brilliant views east towards the Coral Sea.

The Alpine Epic – Mount Buller, Victoria
Mount Buller is Victoria’s prime skiing destination, but it also has year-round appeal thanks to its mountain-bike trails. This 40-kilometre behemoth is its celebrated centrepiece. The Southern Hemisphere’s first IMBA Epic Trail (trails rated by riders as capturing a true backcountry biking experience), the Alpine Epic weaves its way through snow-gum bush, intimidating granite outcrops, alpine meadows, and tops out at 1650 metres above sea level. There’s also a brilliant, eight-kilometre-long section of continuous downhill that will have you descending 687 metres in one giddy hit. Essential stuff for any serious Australian mountain-biker.

Blue Derby – Derby, Tasmania
A former Tasmanian tin-mining town turned mountain-biking mecca, Derby is wedged into a neat wrinkle of hills 90 minutes north-east of Launceston. Just east of the tiny town, 125 kilometres of trails crisscross through forested granite hills, covering everything from gentle green-rated trails for beginners to fearsome double-black runs to challenge the bravest rider. Save half a day for the Blue Tier: another 40 kilometres up the road, this single track starts on a windswept subalpine plateau 850 metres above sea level, before descending through thick woods and luscious rainforest into the valleys to the north – it’s 21 kilometres of distilled exhilaration.

Eagle Mountain Bike Park – Mount Lofty Ranges, South Australia
This terrific mountain-bike park is located in the Mount Lofty Ranges, just a 20-minute drive from the centre of Adelaide. Once there, you’ll feel like you’re in the middle of the bush. This two-wheel playground is on the site of an old quarry that’s been transformed with a terrific mix of technical tracks and faster flow-style trails. Fair warning: it will test your fitness as much as your skill, so pack plenty of water if you’re riding in summer.

Middle Earth – Metricup, Western Australia
The WA government is taking mountain biking seriously, with $20 million earmarked for new trails across the state over the coming years. Much of it is focused in the state’s south-west, but there’s still plenty to check out already throughout the Margaret River region. Most impressive of all is the 24-kilometre-long Middle Earth trail, located between Busselton and Cowaramup, which has technical elements and plenty of log obstacles, but also fast and smooth sections with berms and easy jumps. It’s brilliant riding for anyone of an intermediate level or above.

This article is produced by Broadsheet in partnership with the Brand-New Mazda BT-50.

Produced by Broadsheet in partnership with Mazda BT-50. Learn more about partner content on Broadsheet.