Produced by Broadsheet in partnership with McCafé & McDelivery.

Five Short Films You Can Watch on a Coffee Break

A great film doesn't have to be a long one. In partnership with McCafé New Blend & McDelivery, we highlight five short films you can bookmark now to watch free online while you’re having a coffee. Out of Range directed by John Harvey A great short film is a masterpiece in miniature. The best pack a feature-length punch into minutes, taking you on an unforgettable adventure all in the time it takes to finish a coffee. Want to turn your break into a real escape? Here’s five shorts that’ll stay with you long after you’ve headed back to work.

Lights Out
One of the scariest short films ever made, this 2014 short takes an amazingly simple idea and turns it into the stuff of nightmares. It was later expanded into a somewhat less impressive feature film, but trust us: two and half minutes is all you need to be scarred for life.

Nzingha
This bite-size documentary featuring US fencer Nzingha Prescod is part motivational video, part sports commercial, and all cutting edge. In the lead-up to the 2016 Rio Olympics, Prescod has the chance to be the first African-American woman to win an individual medal in women’s foil fencing. Does she succeed? After watching this, you’ll be racing to google the result.

Rachel
When the irritating Rachel (Kate Berlant) crashes a farewell party it’s easy to see things are going to go wrong. But it’s just how badly things fall apart for all involved that’ll have you cringing in this tiny 2014 masterpiece of awkward comedy and suspense directed by Andrew DeYoung (of Shrill fame).

Lost & Found
Shortlisted for the 2018 short film Oscar and winner of multiple awards around Australia, prepare to be completely emotionally destroyed by this seven minute stop-motion tale of a knitted toy dinosaur who’ll stop at nothing to save its best friend.

Out of Range
Max (Aaron Petersen) finds his efforts to reconnect with his estranged son (Araluen Lee Baxter) don’t go quite as planned when their fishing trip comes to a surprise halt. Originally made for the SBS short film festival and a hit at MIFF in 2019, this is a reminder you don’t need a full length film – or more than 15 minutes – to deliver full strength emotion.

This article is produced by Broadsheet in partnership with McCafé New Blend. Take a quick break with a barista-made coffee by heading to your nearest McCafé drive-thru or ordering via McDelivery in select locations.

Produced by Broadsheet in partnership with McCafé & McDelivery. Learn more about partner content on Broadsheet. 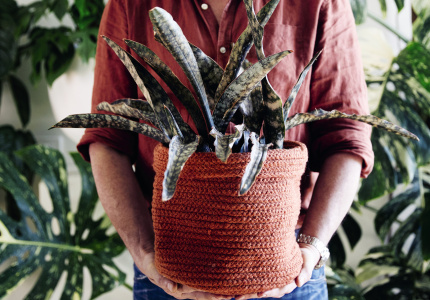