Five to See at the American Essentials Film Festival

From acclaimed classics to a recent Oscar contender. American cinema may dominate the multiplexes, but many of its great films go unseen. That’s where Palace Cinemas’ American Essentials Film Festival comes in.

But it isn’t just about cinema’s fringe dwellers. Back for its second year, the festival is showing a diverse selection of films, featuring Academy Award winners (Holly Hunter in Strange Weather, Ellen Burstyn in Weiner-Dog), alongside exciting new talent such as Mike Ott (California Dreams) and Xander Robin (Are We Not Cats), and acclaimed Hollywood filmmakers David Lynch (Mulholland Drive), Mike Nichols (The Graduate) and Barbet Schroeder (Barfly).

Here are our five picks from the program.

David Lynch: The Art Life
Having directed classic films such as Eraserhead and Blue Velvet outside of the Hollywood system, David Lynch epitomises American independence, carving a career out of one-of-a-kind films. On the eve of his Twin Peaks television series return, David Lynch: The Art Life is perfectly timed to offer an illuminating (and rare) glimpse into the artistic process of a man whose art has confounded, enthralled and enraged audiences for decades.

20th Century Women
With an Academy Award nomination for Best Original Screenplay and a lauded performance from Annette Bening, this comedy has been hailed as one of the best films of the year. Set on the beaches of sun-drenched California in 1979, 20th Century Women charts a teenage boy’s coming-of-age through the stories of the women who helped raise him, including his mother (Bening), a boarder (Greta Gerwig) and best friend (Elle Fanning).

G-Funk
The west coast hip-hop scene of the early 1990s gets a close-up in this documentary from first-time director Karam Gill. Focusing on the rise of a politically relevant cultural explosion, G-Funk pays particular attention to the stories of Snoop Dogg and Warren G, discovered by Dr Dre, and careers that achieved wildly varying levels of success. The documentary features artists such as Wiz Khalifa, Ice-T, The Lady of Rage, Chingy, Big Boy and Russell Simmons.

Wiener-Dog
Todd Solondz is one of US cinema’s more provocative directors, having shocked audiences with Happiness, Storytelling and Life During Wartime. With his misanthropic characters and absurdly comedic scenarios, Solondz is back to his best with Wiener-Dog, which is in part a sequel to his 1995 breakthrough Welcome to the Dollhouse. It follows the adventures of a sausage dog as he is moved from home to home by a serious of owners including Greta Gerwig, Julie Delpy and Danny DeVito. Not for fans of Marley & Me, this film is as touching and sad as it is funny.

Andy Warhol’s Bad
A rare opportunity to see the 1970s New York icon on the big screen. The last film produced by Andy Warhol – directed by Jed Johnson – Andy Warhol’s Bad is a soap opera full of dark humour and extravagant flair with important things to say about violence and crime. About a beautician who works as an assassin on the side, it’s like something John Waters may have made if he’d left the sleaze and slime of Baltimore for the trashy streets of New York City. 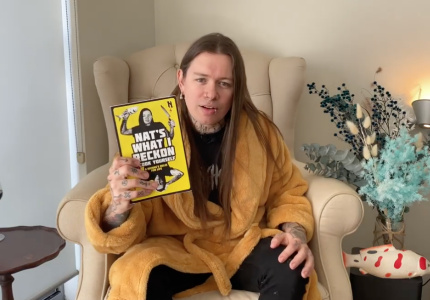