At Palace Cinemas this month, we’re grabbing a soda and some candy and transporting ourselves to the USA. Here are five quintessentially American stories to watch right now. Don't Worry He Won't Get Far 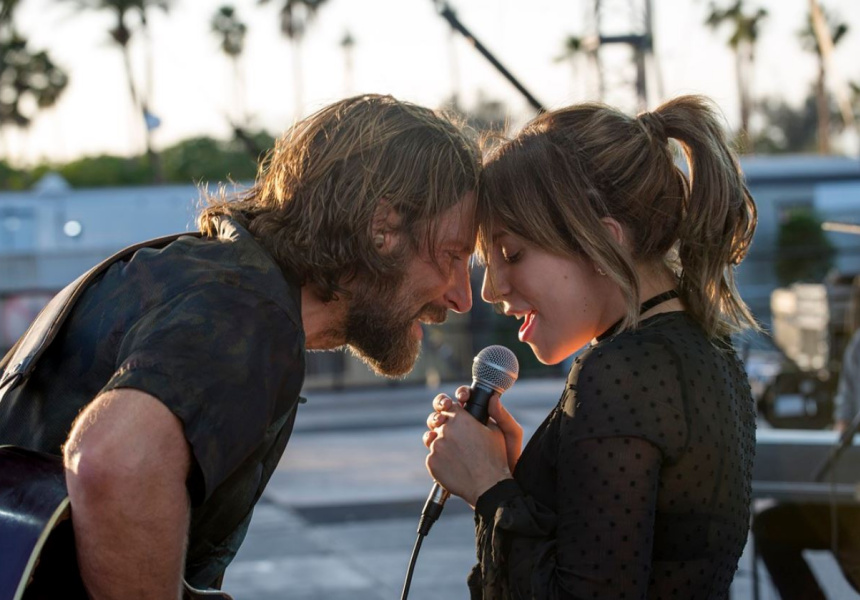 A Star is Born Photography: Courtesy of Palace Cinemas
1/5
by Will Cox
Share

A Star Is Born
When hard-livin’ country singer Jackson Maine (Bradley Cooper, also director) meets aspiring singer Ally (Lady Gaga), it’s a dream match. But as her career takes off and his nosedives, their romance is brought to the brink as Jackson descends into drinking and self-loathing. If you feel like you’ve seen this before, that’s because this is the fourth version of A Star is Born – beginning with the 1937 original. It’s the prototypical Hollywood story of the highs and lows of love and fame, and people never get sick of seeing it told again. Remakes of A Star is Born tend to live or die on the chemistry of the two leads – Judy Garland and James Mason had it in spades in 1954, while Kris Kristofferson and Barbra Streisand in the 1976 version… didn’t. Cooper and Gaga definitely do, which makes A Star is Born a worthwhile revisit to a familiar tale.

A Star is Born opens October 18
Watch the trailer.

First Man
In the mid-’60s, Nasa had the bold idea of sending a few men to the moon. Now, one of the biggest, most American moments of the 20th century finally gets the glossy historical biopic treatment, starring Ryan Gosling as Neil Armstrong and Claire Foy as his wife, Janet. Directed by the not-quite Oscar winner Damien Chazelle, of Whiplash and La La Land fame, this take on the moon landing isn’t about jingoistic American patriotism. Sticking the stars and stripes into the surface of the moon is thankfully skipped in favour of focusing on the gritty, dangerous mission of climbing into a metal cage and being fired into the sky, and the story of the man who leads the charge.

American Animals
In early-2000s Kentucky, a couple of bored teenagers struck up a plan to steal a rare book, said to be worth millions, from a university library. It doesn’t go to plan. American Animals tells a true story, and has a great time reminding us of this fact through a playful mix of documentary and drama. Interviews with the pair themselves recall (pretty unreliably) how it went down, while actors Barry Keoghan and Evan Peters play the would-be book thieves in reenactments. This is as solid as the best of the recent crop of true-crime movies, series and podcasts.

Don’t Worry, He Won’t Get Far On Foot
Rendered paraplegic by a drunken car accident, John Callahan (Joaquin Phoenix) works through the AA 12-step program and goes on to become a renowned cartoonist. Working from Callahan’s memoir, director Gus Van Sant (Good Will Hunting, Milk) avoids inspirational biopic clichés and presents the story with all the irreverence and wit of Callahan’s cartoons, focusing as much on his alcoholism as he does his post-booze redemption. Jack Black, Rooney Mara and Jonah Hill make memorable appearances. It’s funny, dark and heartwarming in equal measure.

Don’t Worry He Won’t Get Far is in cinemas now.
Watch the trailer.

Beautiful Boy
Beautiful Boy is based on two memoirs, that of a recovering addict and that of his father, and cuts to the heart of a father-son relationship in which amphetamines are a constant background presence. This film has a solid pedigree: Felix Van Groeningen (The Broken Circle Breakdown) directs a script by Luke Davies (Candy). The cast includes Steve Carrell, who might surprise you with this tender performance, and Timothée Chalamet, who proved his mettle with last year’s Call Me By Your Name. The result is moving and honest.