For five nights Schmitz will perform on a stage empty but for nine cameras. The Pulitzer Prize-nominated play has been described as “a small masterpiece”. 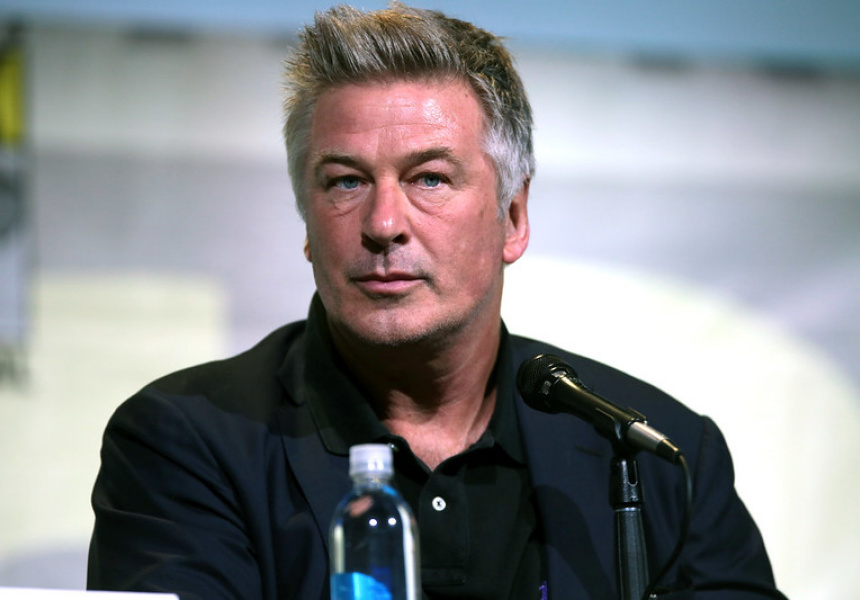 You may not have heard of Andrew Henry, but the names Rose Byrne and Alec Baldwin should ring a bell. Henry, actor and founding artistic director of Sydney-based theatre company Red Line Productions, recently recruited the Hollywood actors to perform in separate live-streamed readings, while theatres around the globe were closed.

Those plays – Orphans, starring Baldwin alongside Henry and Australian actor Aaron Glenane; and Gruesome Playground Injuries, starring Byrne, Sydney’s Ewen Leslie and singer-songwriter John Butler – were international collaborations recorded between New York, Sydney and Perth, and seen by a paying global audience of more than 20,000. To put it in perspective, that equates to around four years’ worth of theatre shows at the Old Fitz in Woolloomooloo, where Red Line Productions is resident.

“It had this amazing cut through,” says Henry, whose award-winning company has produced some of the biggest local successes of the past few years, including A View from the Bridge, The Wolves and this year’s Sydney Festival hit Betty Blokk-buster Reimagined. Not only were the readings watched by people in all corners of Australia, they were viewed as far afield as London, New York, Amsterdam and Florida.

Now Henry has come up with another innovative idea, one he believes is a world first: a live performance made specifically for film. Acclaimed theatre, television and film actor and writer Toby Schmitz will, for five nights, return to the Old Fitz, which will be empty save for nine cameras, and perform the one-man show Thom Pain (Based on Nothing). The Pulitzer Prize-nominated play by contemporary New York playwright Will Eno will be screened in real time around the world.

“I was sick of Zoom and had seen lots of filmed theatre, so I thought, ‘Let’s do theatre for film,’” Henry says.

Henry’s friend and long-time collaborator Schmitz was available. His next Sydney Theatre Company play, The Writer, had been postponed indefinitely, the second season of a TV show he was due to shoot in Mexico was off, all auditions were cancelled and he happened to be obsessed with Thom Pain, which Henry would direct.

For 55 minutes, the one-man tour de force takes us into the mind of a person desperately searching for meaning.

“Everyone who’s tried to describe it has come a cropper, but on the surface it’s about a man piecing together a few stories from his life – his childhood and his love-life – for an audience,” Schmitz says. “It’s also a great exploration of performance and storytelling. Every line and every word is working on two levels and chimes with double meaning; it’s deeply funny.”

The title of the play (and possibly the titular character’s name) may or may not refer to the 18th-century, English-born American political philosopher and writer who supported revolutionary causes in America and Europe. “You have to watch and find out,” Schmitz says.

Schmitz says performing to nine cameras in an empty theatre is like performing in the round before nine audiences on tripods. There could be 80 or 800 people watching. “It’s quite fluid and fun,” he says.

The actor has decorated the theatre with pictures by his four-year-old daughter and added candles, as he would in his dressing room. He says he finds it difficult to anticipate how he will feel without the audience present.

“I suspect I’ll have the same butterflies and feel just as energised [us usual]. There will be people on the other side of the door [mixing the footage], I suspect my mum will be watching in Perth, and the playwright himself, who I greatly admire, may be watching from the States. The stakes will still be high – it feels quite electric.”

Henry is hopeful the pub at The Old Fitz will be able to host a small audience, who could watch the livestream on a big screen with a beer and dinner from award-winning chef Nic Hill, but it has yet to reopen.

Like all theatre workers he’s desperate to get back to the stage but admits there could well be a digital element to future productions.

“If it works, we’ll continue. Imagine if we could sell it to a [streaming platform like] Stan? But right now it’s about planning how we reactivate with people in the room. We’ve engaged a whole new audience and grown the company in a positive way; now it’s time to think about the show we’ll do that people will come back to.”

Thom Pain will stream live on Red Line Production’s Facebook page and Youtube channel from Monday June 29 to Friday July 3 at 7.30pm AEST. There will also be a one-off streaming on Saturday July 4 at 11.30am AEST. Book tickets here.