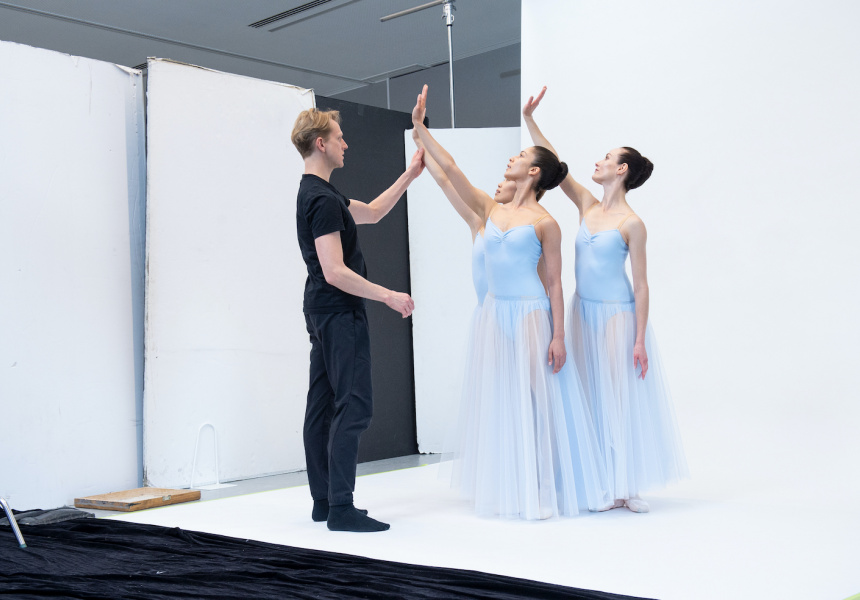 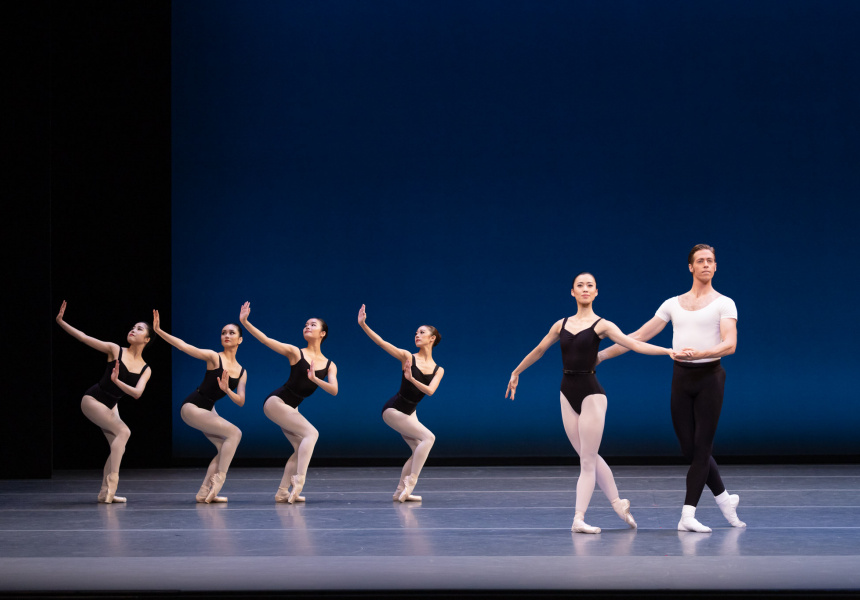 “I said years ago, if I ever become a director, Serenade is one of the first ballets I want to bring in, because of its importance, and because of its beauty,” says David Hallberg.

Now, The Australian Ballet’s new artistic director is not only living up to the promise he made to himself, he’s actually building on it – with an ambitious three-part debut program titled New York Dialects. Though he only officially stepped into the role in January, he has been planning the 2021 program for almost a year.

Hallberg has had an impressive and unusually varied career, having worked with prestigious ballet companies all over the world – including as a principal dancer with American Ballet Theatre and the Bolshoi Ballet. Prior to taking on the role of artistic director, Hallberg had 10 years experience with The Australian Ballet. “I danced for them, and they got me back from a major injury,” he says. “I had a really good history with them – I wasn’t just coming in cold.”

Now, after years of travel and almost non-stop dance, he’s looking forward to settling down in one place and immersing himself completely in his new role. “Part of the reason for moving to Melbourne is to stop living out of a suitcase,” he says with a laugh. “I just feel like it became the perfect storm – I was getting close to retirement and then the directorship came up,” he says. “And here I am.”

Hallberg is excited about each work for different reasons. Serenade, which was first performed in 1935, is a more classic ballet. “It has just really stood the test of time. I mean, it’s performed time and time again, but rightfully so,” says Hallberg. It’s a big contrast to Balanchine’s The Four Temperaments. That’s “one of his black and white ballets, which means he choreographed to just tights and leotard, no costumes – there’s no hiding behind, like, big tutus or tunics or wigs or whatever”, Hallberg explains. “It’s very stark, and it’s very modern – and it still looks very modern to this day, even though it premiered in 1946.”

Rounding out the trio is Watermark, a work which responds, subtly, to Serenade. While Balanchine’s iconic work centres around 17 women, “Watermark is [almost] all men, so it flips things around and showcases the men of the company”.

Hallberg describes Tanowitz as “a choreographer really hitting a great wave in her career”. Her work, he says, is something “I really think Australians need to see. It’s not any kind of movement that people have seen here … which I think is really important for me as a director – to sort of feed the audience in this way.”

“New York is one of the creative hubs of the world,” he says. He points not only to the formal opportunities it presented to create and express himself, but also to its vibrant culture, from which he could continually learn and grow. “There was always something going on that could feed you as an artist.”

For the company, he’s excited to both challenge the dancers and showcase different kinds of movements. For the public, he’s looking not just to those Australians who already know and love ballet, but to find new audiences to inspire as well. “I think every arts organisation needs to question what their role is in the greater community,” he says. “And I look forward to really developing that.” A New Independent Web Series Filmed in Melbourne Captures the Trials of Modern Love in Its Short, Sweet Episodes Hannah Gadsby Announces a New Live Show, Body of Work, and Is Touring It Across Australia From July