Part detective story, part contemporary opera, this captivating documentary follows a grandson’s journey to solve the mystery behind a more than 70-year-old silent film reel that suggests his grandfather was the first Aboriginal filmmaker. 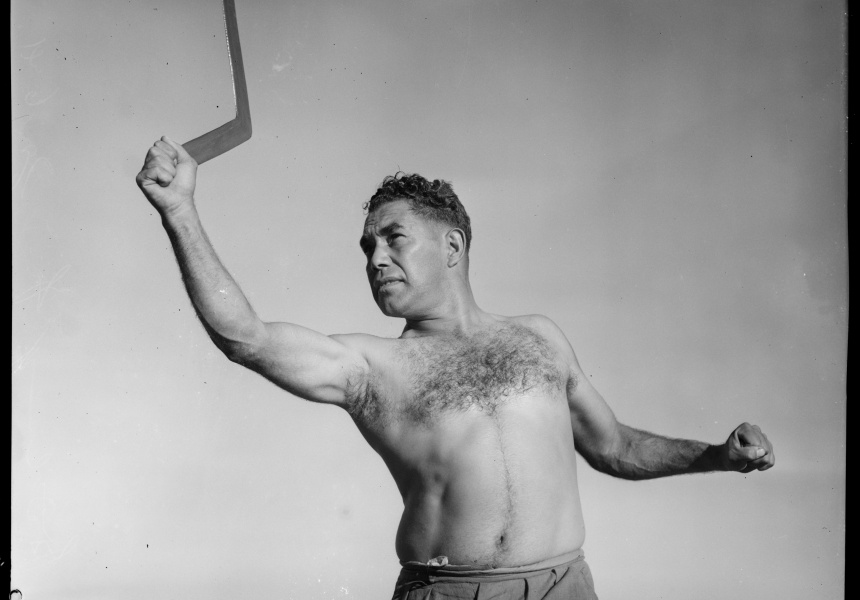 Tiriki Onus – a Yorta Yorta man, opera singer, visual artist, academic and now, debutant filmmaker – may have been born 12 years after the passing of his paternal grandfather, William “Bill” Onus (1906-1968), an Aboriginal activist and likely the first Aboriginal filmmaker, but it didn’t mean there wasn’t a bond between the pair.

“I always felt really close to Bill,” Onus tells Broadsheet. “I always found myself asking, ‘What would Bill have done? Am I on the right path?’ Because everything that I had already been told about Bill really shaped who I am.”

The documentary Ablaze captures this bond, as Onus embarks on a quest to piece together the story of his grandfather’s life and his uncompromising drive for Aboriginal rights. It brings together a mix of rare archival footage, animation, vividly created digital motion graphics and interviews with family members, historians and Aboriginal community leaders.

Co-directed by Onus with award-winning filmmaker Alec Morgan, the film follows Onus as he tries to make sense of footage from a silent film reel believed to have been made by Bill in about 1946, and old photographs that Onus finds in a suitcase that belonged to his grandfather, including, serendipitously, still images of people featured in the reel.

The nine-minute reel features footage of a stage production about the 1946 Pilbara strike, which resulted in Aboriginal men being chained around their necks as punishment; Bill’s boomerang-throwing skills; and returned Aboriginal servicemen. Onus comes to learn the film was created by Bill to bring attention to the plight of his people – although it was never publicly released.

“This was an opportunity for me to grow even closer to Bill, to tell those stories again, to create a greater sense of comfort for me in trying to communicate Bill's message more broadly,” says Onus, who is senior lecturer and head of the Wilin Centre for Indigenous Arts and Cultural Development at the University of Melbourne.

At the same time, the documentary – which was six years in the making and debuted at the 2021 Melbourne Film Festival – serves as a very stark but necessary reminder of the dark aspects of colonisation, and how this has impacted an entire race. The film also shows how the destructive legacy of colonisation is still felt in Aboriginal communities today.

Ablaze also addresses how, at the time Bill’s silent film was made, Aboriginal people weren’t recognised as citizens of their own country, were subjected to brutal and blatant racism, discrimination and punishment, and were forced to assimilate and give up their cultural traditions and languages.

Onus hopes Bill’s story will be a gateway to other Indigenous stories that have remained untold. “I hope that there are more stories that people feel they want to tell … these are stories that are incredibly important for us all – regardless of cultural background or where we come from – they’re stories that inspire us, and we owe it to the story to tell it again.”

Ablaze is being released in cinemas nationally from May 26 ahead of National Reconciliation Week from May 27 to June 3. See here for more events. Watch the movie trailer here.