The competition for our gaze and dollar just got more heated. It brings the Marvel and Star Wars film universes, plus animated films The Lion King and Frozen. 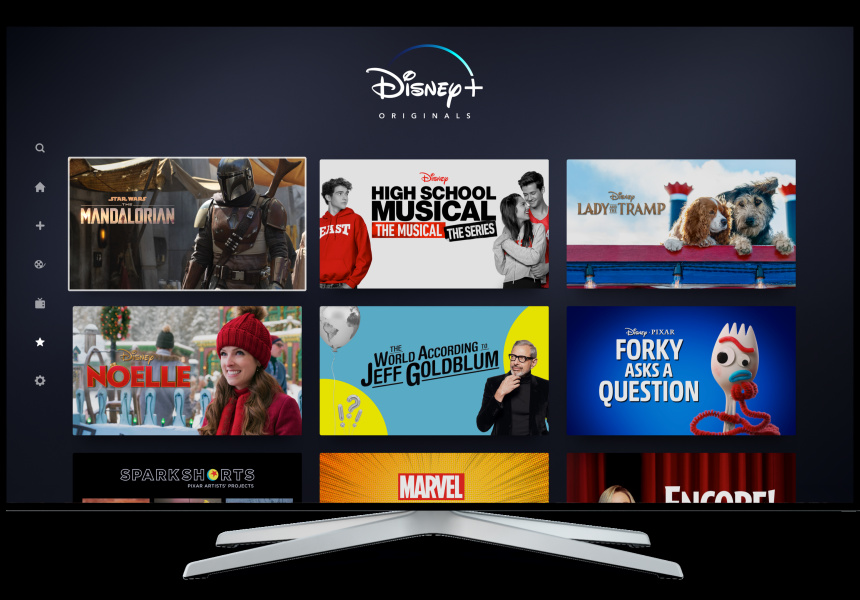 If the simultaneous launches last week in the US and the Netherlands of new streaming platform Disney+ is anything to go by, the media giant should be gearing up for a big day in Australia. In the combined territories more than 10 million subscribers signed up on the first day.

It goes live in Australia today, bringing animated classics, Marvel films, the Star Wars series, National Geographic shows and Pixar films to Australia all under one banner. The service has also kicked off with a handful of “originals”, including High School Musical: The Musical: The Series, the Kristen Bell-led series Encore! and The World According to Jeff Goldblum. The Star Wars series The Mandalorian and the upcoming Lizzie McGuire reboot are also part of the service.

The bulk of the new platform’s content, though, is made up of much-loved classics. For the past little while streaming services Netflix and Stan have been removing Disney content from their platforms as the media giant geared up for this Aussie launch. Animated films including The Lion King, Frozen and Aladdin, as well as live-action remakes of films such as Beauty and the Beast, Dumbo and The Jungle Book are now available on Disney+. Other films you may not have even known were Disney (Remember the Titans, Avatar and 10 Things I Hate About You) are also on the platform.

And then there are the biggies: Films from the Marvel and Star Wars universes, and films from Pixar.

Disney+ arrives in Australia just a few weeks after Apple launched Apple TV Plus. Like Disney, Apple has invested big (around US$1 billion) to bring original content to its platform. Disney+ has more than 600 TV shows and movies available already, while Apple TV Plus has launched with just nine titles. It has said it will add more as time passes.