Coffee and Cigarettes with Ben Mendelsohn

The actor talks playing the villain, meat pies, and the value of a one-two punch. 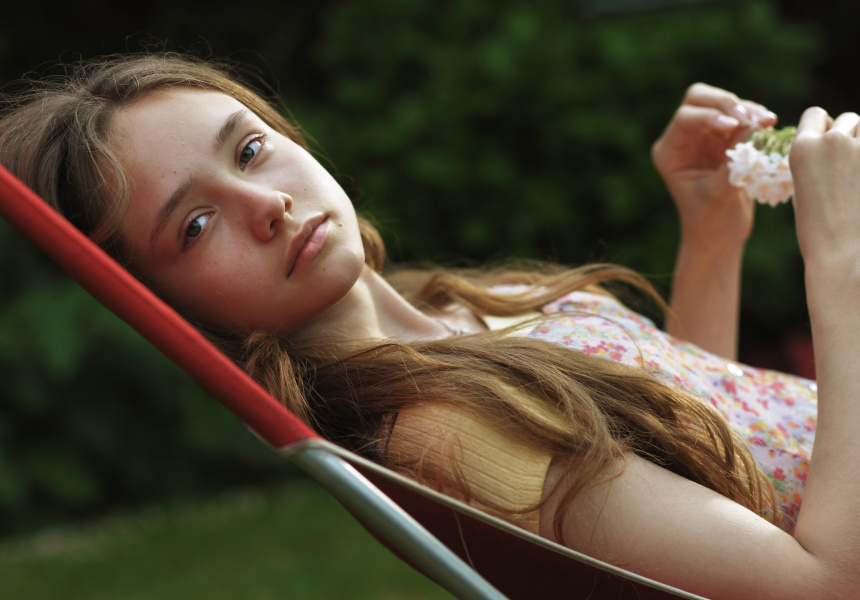 Ben Mendelsohn’s morning tea is two Freddo Frogs, two Caramello Koalas, a latte and two American Spirit cigarettes. He lines the chocolate treats up on the bench beside him, then remembers the brownies. “They’ve got these fucking brownies, they’re excellent,” he says. “I’ll get you one.” He disappears back inside and returns with two chocolate brownies. I can confirm the brownies are excellent.

I can also confirm that Ben Mendelsohn is affable, charming, blokey, and effortlessly eloquent. He’s currently in the most prolific and high-profile period in his career, and everyone wants to be in the room with him. So why does every casting director in the world think he’s a terrifying bastard?

“In two words, Animal Kingdom,” he says. “I don’t know why they think that, but I’m glad they do. It’s been pretty good for me.”

Mendelsohn’s back in Australia to talk about Una, in which he’s charming, delusional and borderline repellant. He plays Ray, a man whose secrets comes back to haunt him when Una, played by Rooney Mara, turns up at his workplace and confronts him about the relationship they had when she was a child. Ray is insistent that the relationship wasn’t an abusive one, and he’s not a pedophile. Una has clearly never recovered.

The bulk of the film takes place in an unremarkable warehouse staff room, and the drama is mostly carried by the fantastically intense performances of Mara and Mendelsohn.

“I think with the intensity of a psychological thriller you want the audience checked in the whole way,” he says. “You’ve got to give enough so that it remains entertaining.”

How does the word “entertaining” sit with playing a sexual predator?

“It’s not a frivolous thing,” he argues. “Entertaining is an incredibly noble and important pursuit. To be captured and entertained can be gruelling. It can be a spectacle of horror, but you’re sitting down and being entertained. That’s my overwhelming primary goal. Just to do that.”

To prepare, he and Mara “hung out”, got used to each other’s energy and presence. He also made sure to spend time with Ruby Stokes, who plays young Una in flashbacks.

“I hung out with her and her family,” he says. I didn’t want to feel like a creep. I needed them to see me, and know I’m not that guy from Animal Kingdom.”

But he gets why Hollywood sees him as a monster. “It’s part of the deal. It’s part of the magic trick,” he says. But he’d be much happier if we just stuck to the trick, rather than trying to look behind the scenes. “I rue the fact that we demystify this stuff. I’d be much happier if the films were just there. People went and saw them and got the full force. Doing this (he means our interview), behind the scenes stuff, any of that shit. I rue all of that.”

Una is the latest in a string of successes for Mendelsohn. After thirty-something years of being a respected jobbing actor in Australia, he’s suddenly everywhere. Recently he’s been a villain in the latest Star Wars, the best thing about Netflix’s Bloodline, and the narrator of Gorillaz’s new album Humanz. (“The last actor they had on tour was Dennis Hopper. I did not mind that comparison at all.”)

“Thirty fucking years, though” he says. “It’s a long time. I’d been ready to say, okay, this is over. I’ll have to start thinking about what I’m going to do with the rest of my life.” Australians, and anyone else who’s ever seen Love My Way, knew he had something remarkable. Years ago, a Facebook fanpage summed it up: “Mendo: He would be famous if he gave a fuck” (Mendelsohn knew about that page, and found it pretty funny).

Then things steamrolled. “It’s the value of a one-two punch,” he says, crediting the simultaneous overseas success of Animal Kingdom and Beautiful Kate with getting him noticed. Since then, he’s been unstoppable.

“I do think that I’ll be able to work until I drop now,” he says. “Coming from where I come from, that’s fucking great.”

He’s been living in LA for seven years, and his return is something of a victory lap. But would he make the permanent move back here? “I’d be happy to,” he says. “There’s a lot I miss. Comforts of home. One I got papped doing.” He’s referring to an article in the Daily Mail a couple of days before we spoke, in which he was shot by local paparazzi eating a meat pie on the street. “No better way to get papped,” he says. “That’s fantastic. I know us. I am us. I get it.”

“I’d been hanging out for a meat pie for seven fucking years,” he says. “But I have to say that particular pie shop has a very boutique reading of a meat pie. I wanted a Four’N Twenty.”

Una is in cinemas now. Watch the trailer.