It’s the third iteration of a collaboration between one of Australia’s foremost photographers and the Australian Chamber Orchestra adding a new layer to some of Henson’s previously unseen – but ever-evocative – works. 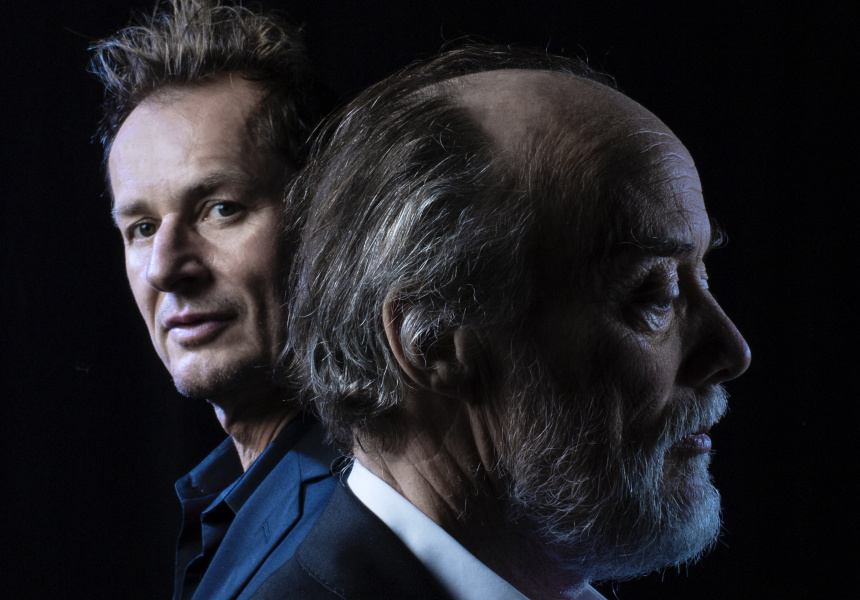 A Bill Henson photography exhibition is a little like a performance. Presented in low light, Henson’s evocative, grainy images – full of deep, rich tones and thick with atmosphere – summon the room’s attention. Each picture is a little drama. A lone child emerges from darkness. Clouds bloom over powerlines. A body floats across a black void before a horizon of flaring bright light.

This month, that drama will be heightened further as Henson teams up with the Australian Chamber Orchestra for Luminous, a series of collaborative performances. While the ACO and Aussie singer-songwriter Lior (best known for the enduring Grow Old Together) perform works from artists as diverse as classical composer Benjamin Britten and rock band REM, Henson’s photographs will be brought to life, projected in tandem with the music.

“I’ve always been interested in the concept of mixing music with another discipline, melding and cohabiting and colliding,” says Richard Tognetti, ACO artistic director and lead violinist. “And it turns out that Bill has this deep, abiding passion for great music.”

I spoke to Henson a few years ago, and my prevailing memory of our conversation was the simple description he offered of his work:

“It’s just me putting things next to each other and seeing what works,” he told me at the time. Luminous adds another layer to that amalgamation.

“When you have this kind of opportunity, unforeseen conversations start up,” Bill continued. “Be it between pictures on a wall, or in this case, between the music and the image. There has to be a connection. A third thing happens.”

This is the third iteration of Luminous, after shows in 2005 and 2009, both of which received positive reviews for their delicate balance of image and sound. But this is a new selection of music, with new, unseen works from Henson.

Henson says the biggest challenge was finding a way to give still images a dynamic presence on stage. So he trained a camera on his photographs and turned them into slow, contemplative films, shooting dozens of takes until he was happy with the movement. The photographs become almost like performers, and the lo-fi nature of Henson’s recordings give the presentation a handmade feel, and emphasise the grit and graininess his work is known for.

“Richard coined a great phrase to describe the camerawork: it’s forensic,” says Henson. “We’re very close to the image, crawling across the photograph. That really mitigates this jump-cut, quick montage style [of filmmaking] we’re conditioned to.”

The pair tosses around some names of composers they’re drawing on for this performance. Besides Benjamin Britten and REM, there’s Soviet-era avant-garde composer Alfred Schnittke, early 20th-century Czech pianist Leoš Janáček and a fairly obscure Sinead O’Connor song. The low-key selections leave room for both music and image to breathe, and for the audience to form their own connections.

“You have to know how one medium supports the other,” says Tognetti. “We’ve learned a lot over the years about how to protect the senses. The worst thing is inadvertently cancelling out the sonic part of the brain with visual images.”

“The problem with these collaborations is the mediums often end up fighting each other,” Henson says, turning to Tognetti. “So if you’re doing one of those virtuosic cadenzas, I’m not putting something in the background. It’s at those times that you’re alone with your own images.”

Luminous is showing nationally from August 10 to 23. Head to the ACO website for locations and dates.