The Chemical Brothers to Bring Renowned Live Show to Australia

The iconic electronic musicians will tour their acclaimed new album No Geography. Photography: Courtesy of the artist
1/2 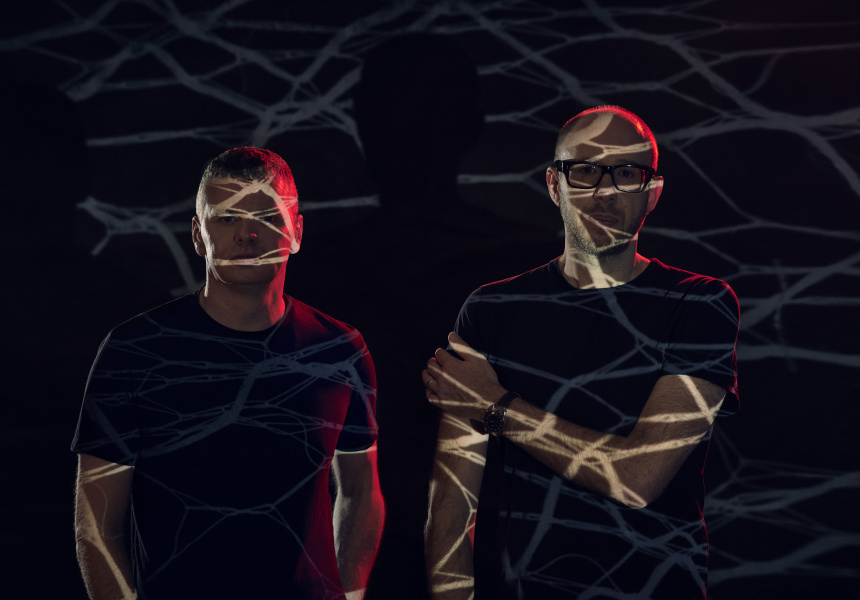 Photography: Courtesy of the artist
1/2
by Nick Buckley
Share

Chart-dominating icons of electronic music the Chemical Brothers will return to Australia for the first time since 2013.

The Manchester duo is currently riding a high after the release of their newest album No Geography, which has received the best reviews the band has had since their 1999 album Surrender.

For the album the pair dug up the old synthesisers, sequencers and drum machines they used to create their first records, and in the process embraced the rough edges and accidents produced by vintage equipment.

It's a playful album that embraces funk bass lines, acid house, break beats and left-field vocal lines and incorporates them into the big-tent electronic sound that has brought the Chemical Brothers massive worldwide popularity. Listening to opening track Eve of Destruction – which samples Phreek's 1978 disco banger *Weekend – gives the sense the band is re-energised.

The band will head to Sydney, Melbourne and Brisbane and play hits such as Block Rockin' Beats and Hey Boy Hey Girl alongside new singles Free Yourself, M.A.H., and Got To Keep On. The band will be supported by a DJ set from Australia's own electronic icons the Avalanches.