The Canadian singer wrote one of the biggest songs of the decade, but she’s more than just Call Me Maybe – here’s why you can’t miss her Australian shows. 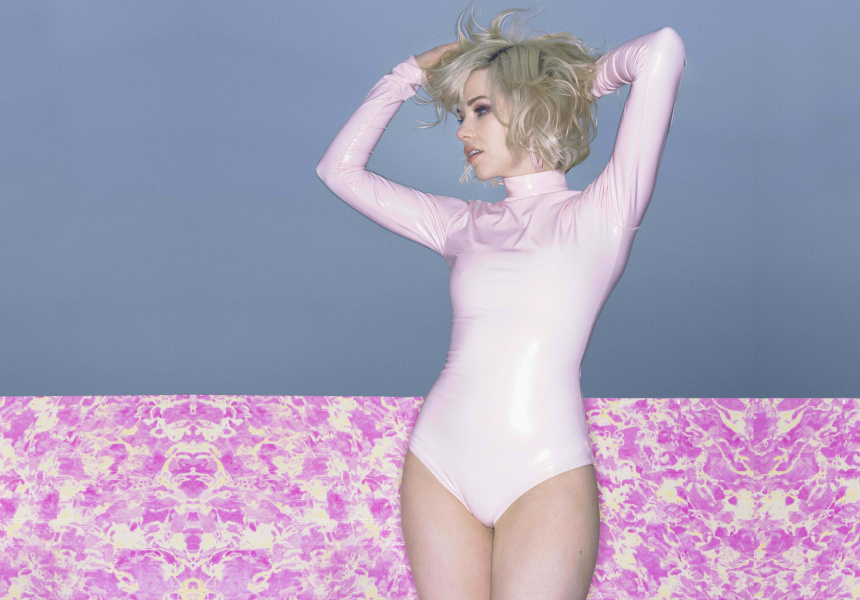 Photography: Courtesy of the artist
1/3
by Nick Buckley
Share

Carly Rae Jepsen and I are talking over the phone about her parents’ divorce, and the time she stuffed her bra for a high-school stage performance of Grease. And inevitably we get to Call Me Maybe, the Canadian singer’s most famous song and the biggest selling single in the world in 2012 when it sold more than 12 million copies.

Despite making some of the decade’s most accomplished pop music, Jepsen is still seen by some as a novelty, a one-hit wonder. And when a song is as catchy and ubiquitous as Call Me Maybe, it can lead to aural fatigue and straight-up irritation. Many people dismissed it as a manufactured piece of meme-spawning chart confection from another Idol runner-up (Jepsen placed third in the fifth season of Canadian Idol).

“I felt it too,” says Jepsen. “You get kind of sick of hearing your own voice and I was nervous after Call Me Maybe that it would be the only thing I had to offer. [But] I knew it wasn't the case. I knew that I hadn't even really figured out what it was that I loved about pop music.”

But that uncertainty is being clarified on each new release, including her new album Dedicated. It’s the follow-up to her critically acclaimed third album Emotion and its companion EP of album-worthy B-sides. And she’s playing her first headline Australian shows from the end of November.

It’s true that Jepsen often works with the same hit songwriters as Solange, Sia, Kelly Clarkson and Taylor Swift. But she’s also a serious and prolific songwriter, co-writing a remarkable 200 songs for Dedicated, of which 13 made the cut.

Pop music is often viewed as a highly managed product of a cynical production line, a criticism less often levelled at rock artists who are often spoken of as authentic architects of their own success. I ask Jepsen about her own experience working in a field that is often dismissed as clinical.

“I love the fact that writing a song is never the same job twice,” says Jepsen. “When I go out writing with new people, it's always different. There can be some people who look at [pop] music like you said, as ‘paint by numbers’. But I always come back to the view of music where you kind of need to be hit with inspiration and you gotta break all the rules, see what you're making and then go back later and sort of digest what you've done and workshop it.”

Even in her Idol audition you can see Jepsen’s desire for her artistry to be taken seriously. The 157-centimtre-tall singer offers to play an original song on her guitar before being interrupted by host Zack Werner. “You’re 21 … going on 14,” he says. “Anyway … this song’s called Sweet Talker,” Jepsen says in a resigned heard-that-one-before dismissal.

Sweet Talker would end up on her 2008 album Tug of War, an earnest amalgam of folky pop that’s clearly the sound of an artist still working out who she wants to be. But long before Idol, a teenage Jepsen was fostering her talents in musical theatre where she transitioned from a shy kid to a confident performer. She played the lead role in Annie, Dorothy in The Wiz, and in her last year of high school, Sandy in Grease. Jepsen even returned to musical theatre in the time between releasing Kiss (the album containing Call Me Maybe) and Emotion, released in 2015, playing Cinderella on Broadway.

“There are wonderful stories to [musical theatre]. I think whenever I'm writing a song, I'm sort of painting a bit of a fantasy, or trying to add some poetry to even painful things,” says Jepsen. “I think that's what musical theatre does too, it sort of paints a story, but makes it all a little bit more beautiful with a song.”

On both Emotion and Dedicated, Jepsen’s songs do feel escapist and fantastical, full of neon and glimmering synthesisers. When she really hits a big note your endorphins start rushing and it’s hard not to throw down on the spot. But the tracks can also be grounded and relatable, and make personal moments feel momentous and empowering – such as on recent single Party For One.

“I learned that it's a really important thing to … have solo time and be content in it,” says Jepsen, who recorded Dedicated after a break-up. “It's good to get to that place and really start to enjoy time by yourself.”

Emotion tapped into an early-’80s nostalgia and was lapped up by fans and critics longing for a time like 1984 when Cyndi Lauper’s Girls Just Wanna Have Fun rubbed shoulders on the Billboard Hot 100 with Madonna’s Borderline and Prince’s Little Red Corvette. And there are nods to past decades on Dedicated too, particularly the ’90s output of Swedish hit factory Cheiron Studios (Britney Spears’s ...Baby One More Time, Backstreet Boys' I Want It That Way, NSYNC's It's Gonna Be Me). On several tracks there’s the kind of geographically indistinct tropical pop heard on Ace of Base’s smash All That She Wants, and the downbeat funk of early Robyn hit Show Me Love – also both Cheiron productions. But while she may wear her influences on her sleeve, Jepsen’s output manages to escape the trappings of pastiche, instead creating sparkling, yearning, inspirational and intimate pop masterpieces.

The first three tracks on Dedicated are a confident procession through decades of dance music. Album opener Julien is the last remnant of the downbeat disco sound Jepsen initially envisaged for the whole album. Based on an early-twenties romance in Montreal, the track has sweeping bar chimes and funky guitar licks, but a contemporary build and drop helps the track move through time, prepping the listener for the ’80s boogie bass lines of No Drug Like Me. Both tracks are confident in their spaciousness, rather than being overstuffed: vocals, instruments and production details are all given room to sparkle. That space is necessary to prepare the listener for Now That I Found You. It’s the first big banger on the record – every inch a 21st-century pop song, and a shining example of the stratospheric, inspirational and romantic pop Jepsen trades in. “Now that I found you / I want it all / No, there's nothing like this feeling, baby,” sings Jepsen.

Pop music can feel like a tightly-controlled machine; labels are desperate to protect the images of their stars. But Jepsen’s an increasingly confident artist who, despite the pop sheen, feels relatable. Moments in Jepsen’s music like the saxophone call on Emotion opener Run Away With Me and Party For One’s self-affirming message cut through all the noise and make your own life feel worth treasuring. Jepsen isn’t running from her past, she's got too much to focus on in the future.

Dedicated is out now. Carly Rae Jepsen plays the Enmore Theatre, Sydney on November 26 and the Forum, Melbourne on December 2. Tickets here.