The Sydney chef is one of the skilled fire connoisseurs profiled. He’s joined by 85-year-old pitmaster Tootsie Tomanetz, a Mexican slow-pork expert, and a whole-hog authority. 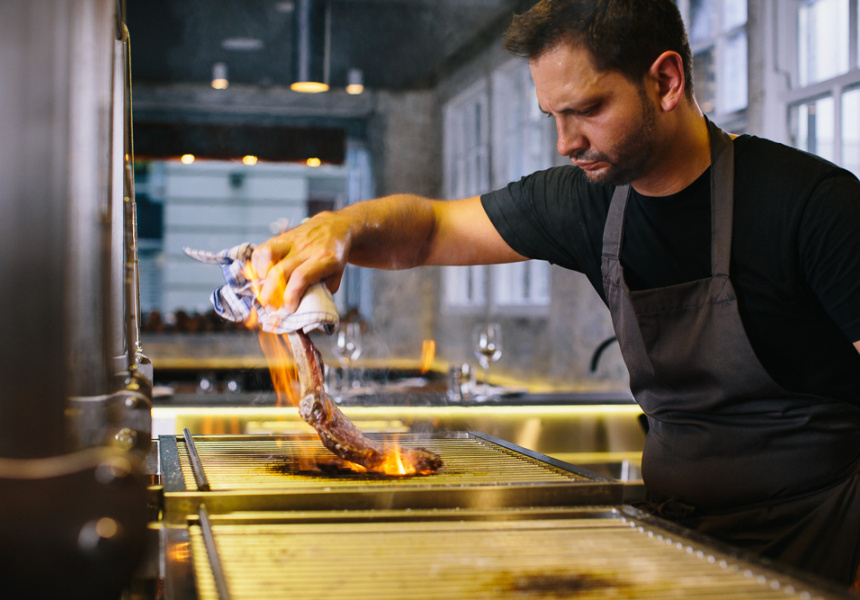 “Lennox [Hastie] uses fire to cook lettuce. He uses fire to cook pastry – that’s crazy,” says a voice in the new trailer for a four-part Netflix series, launching on September 2, that explores barbequing in all its glory.

Hastie is owner and chef of Sydney’s groundbreaking restaurant Firedoor. It’s Australia’s only fully wood-fuelled restaurant, which means Hastie uses fire, and only fire, to cook everything (including to boil water) – a technique that requires incredible skill and expertise.

“Cooking with fire, it’s something that has a life because you’re never fully in control,” says Hastie in the preview, followed by some very dramatic and suspenseful drumming. “The fire is in control.”

(That it may be, but luckily the chef has shared some of his fire-starting and controlling tips with us here.)

Netflix is being tight-lipped about the series – except to say it features Hastie and 85-year-old pitmaster Tootsie Tomanetz. For 50 years Tomanetz has been shovelling coals into the roaring cooker at her Texas restaurant. “I can’t tell you how hot my pits are because I feel them with my hands; it’s just something I do,” she says.

We also know from the trailer that the show features Pat Nourse, Melbourne Food and Wine Festival creative director (formerly of Gourmet Traveller). He’s the person commenting on Hastie’s use of flames to cook lettuce and pastry.

And of course there will be lots of footage of fire and meat, and plenty of barbeque tips from these world-class cooks. “The pitmaster is willing to tell you everything they do,” says the narrator. “And then they’ll sit back and say good luck!” someone interjects , followed by a wry laugh from Tomanetz.