“I knew it had to be named something fabulous,” says CSIRO entomologist Dr Bryan Lessard – Australia’s first soldier fly expert. The first species CSIRO entomologist Dr Bryan Lessard named was Scaptia beyonceae – a horse fly from the Atherton Tablelands in Queensland, which has a bulbous behind – named after Beyoncé. The 50th species he’s named is the Opaluma rupaul, which Dr Lessard tells Broadsheet, has “that gorgeous rainbow jewel-like colouration, and also has a distinct thorn tucked under its abdomen – and drag queens are known for tucking, so it was kind of perfect.”

The RuPaul soldier fly is one of 150 species named in the past year by Australia’s national science agency CSIRO and its partners.

“Naming a species is the first step to protecting them,” explains Dr Lessard, who goes by @BrytheFlyGuy on Twitter. “We can’t protect species we don’t have scientific names for, so it gives scientists a universal language to be able to talk about that species.”

The RuPaul fly belongs to a new group of soldier flies. It was identified and described by Dr Lessard and his colleagues from specimens collected 100 years ago. Opaluma rupaul forms part of the new Australian genus Opaluma (from the Latin words for “opal” and “thorn”).

“When I first saw the specimen, it was that gorgeous metallic rainbow colour that really caught my eye and I knew it had to be named something fabulous,” says Dr Lessard.

“No one knew how to identify them at the time, because soldier fly taxonomy requires a lot of expertise and Australia didn’t have any soldier fly experts until I came along.”

It’s a bigger job than you might expect. Bry the Fly Guy tells us he has 100 species waiting for names. “I keep discovering new species with my colleagues. That’s the thing with entomology – because there are so many insects in the world you can definitely have a career in one particular group. That’s why we need so many more entomologists out there to work on all the different types of insects, to name them all.”

He tells us scientists have only named a quarter of all life on Earth, and that doing so is about conservation – as well as highlighting to the public what we risk losing if we don’t document them. “We’re losing species that are invisible because of climate change and bushfires and deforestation, so now is the time to name these species. I’m really passionate about encouraging the next generation of entomologists and scientists to help us document all these species, so we can protect them and enjoy them for future generations.”

One of the newly named species is Opaluma opilems, which is now registered as an endangered species under the International Union for Conservation of Nature Red List. The species is known to come from one area, Lamington National Park in Queensland, which was significantly burned in the summer 2019/20 bushfires.

“If that species didn’t have a name we wouldn’t be able to list it as endangered,” he explains. “It’s important that they be named and get the attention they deserve – so that was the drive for me to give them fabulous names to get people interested and maybe protect them, whether that’s citizen scientists or conservation scientists.”

Other species given names by CSIRO this year include three hard-to-find beetles: Binburrum articuno, Binburrum zapdos and Binburrum moltres, which were named after Pokémon characters Articuno, Zapdos and Moltres. Plus, a new cycad-boring weevil named after the fictional insectoid Digimon in the Japanese anime series Digimon Adventure.

It all sounds like fun and games in the lab, but Dr Lessard confirms there are proper rules to follow. “It’s probably the most fun I can have as an entomologist,” he says, laughing, “It’s the final step in a long process.

“First we have to be 100 per cent sure it is a new species, by looking at what it looks like, comparing it to a collection and maybe doing some DNA work as well, and then naming it is kind of like the pretty bow that you put on top at the end.

Two important rules are: “You can’t name it after yourself” and “The name can’t be insulting to anyone.”

How did RuPaul take the news?

“Mama Ru retweeted it last week, which is just the cherry on the top I think ... I am a massive Drag Race fan – I was watching a lot of Drag Race at night after describing the species, [so] it was on my mind.” 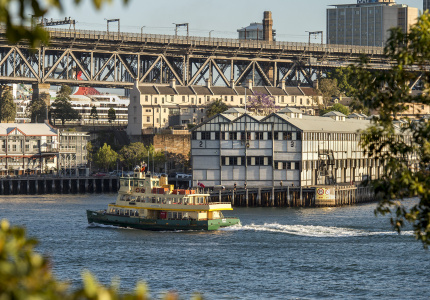