In the Artist’s Studio: Olympia

The Melbourne singer-songwriter’s spacious sound is made in a tiny room in the suburbs. 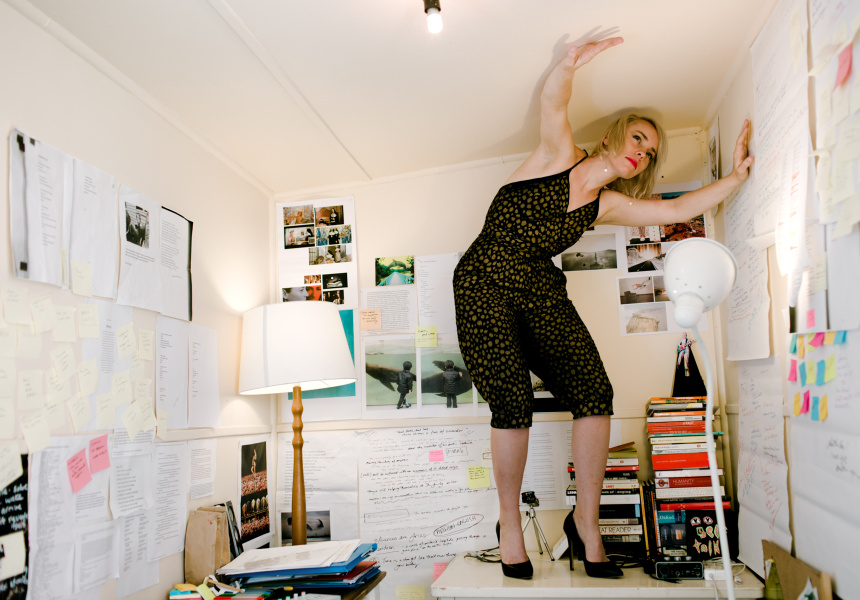 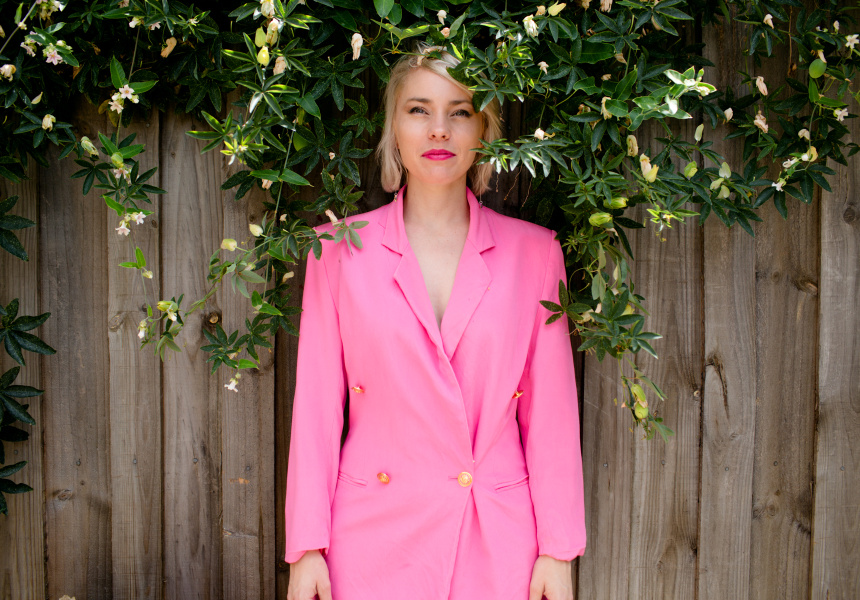 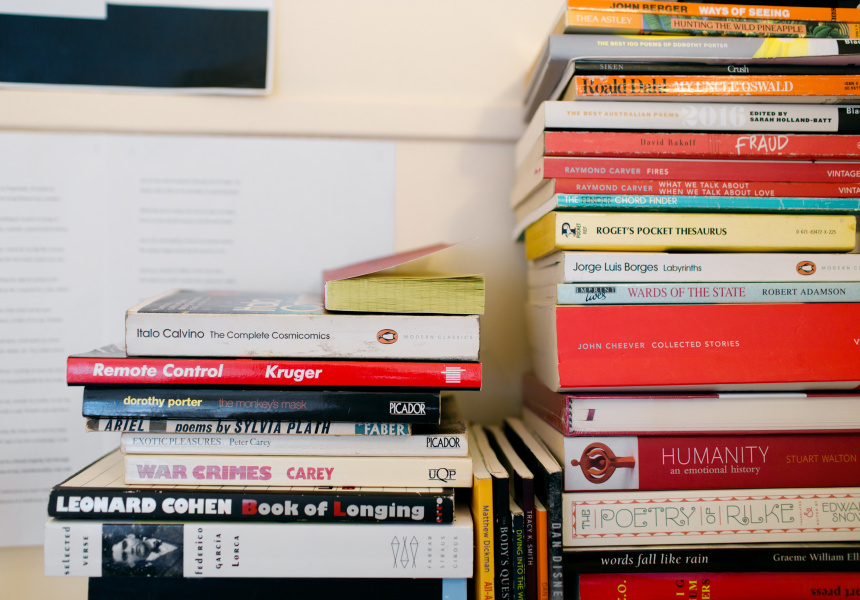 At the back of a weatherboard house in Melbourne's north, Olivia Bartley is making music for the next Olympia album.

Her studio is a narrow room full of synths, guitars, notes and books. Bartley – who took on the name Olympia for her music a few years ago – starts her day here with pen and paper, writing down pages and pages of stream of consciousness. Then she turns to her keyboard and hammers out something simple and repetitive. These meditations might become songs – she might try to tidy them up, turn them into something more structured. Or she might dismiss them as “guff”. It’s all part of her process.

Olympia’s widely praised debut album, Self Talk, came out last year. It’s mournful and ponderous, but not downbeat. It’s bright and crisp and electric, but it’s not a dance record. It’s hard to pin down, but Bartley’s not interested in forcing a precise sound.

Listening to her spacious, space-age melodies, you wouldn’t imagine they are born in this tiny, shed-like room. It’s small, but it’s hers.

“I don’t know if the neighbours love me,” she says. “But no one’s complained yet.”

This current studio is a change of scene for Bartley. Before, she was in a large warehouse in East Brunswick that’s since been demolished.

As if her studio space isn’t cosy enough already, Bartley has plastered the walls with notes, photographs, lyrics, poems and Post-it notes. There are scrawled names of bands (Alabama Shakes, Beach House), vague notes on structure (“Start song in the middle?”) and tantalising hints of the subjects she’s currently exploring. She’s excited by the collage-like political documentaries of Adam Curtis, and the cinematic melodramas of Pedro Almodovar. There are printed screenshots of both all over the room.

Looking at Bartley’s walls is a lot like holding a conversation with her: it’s easy to lose track of where you were intending to go, but that’s part of the fun. It is, I put to her, a little bit A Beautiful Mind in here.

“I’m a nightmare in the recording studio because I drag all this in with me,” she says, gesturing at the four-walled mood board she works inside. “I condense it down into a book and keep referring back to it.”

After her last album – full of complex lyrics and structures – she wants to streamline the next one.

“I’m thinking a lot of really simple songs,” she says. “Phil Spector-produced songs, like He Hit Me (And It Felt Like a Kiss) by the Crystals and (The Best Part Of) Breakin' Up by the Ronettes.

“The Ronettes sung Be My Baby. I could never say those words, but I love the simplicity.”

She now sees some of the songs on Self Talk as too overwhelming. “It’s beautiful but not accessible,” she says. “You need to show people something visceral, tell them a personal story.”

The next album could be entirely instrumental, she says. It probably won’t be, but she’s not ruling it out. Really, she’s just surrounding herself with chaos to find purity.

“I’m trying to come up with alternative ways of saying this stuff. Each song is a little art project, basically.”

She’s taken a month off from her office job (there’s no glamorous lifestyle for an Australian pop star) to work on the new album. She’s not taking on any more gigs. She’s just going to sit in this room and work.

“I’m giving myself the time and freedom to create stuff,” she says. “So it’s ‘gotta be good.”

Olympia will play NGV’s Friday Nights in Melbourne on Friday February 3. She will also play at The Garden of Unearthly Delights in Adelaide on March 9 and Golden Plains in Victoria on March 11.

Listen to more of Olympia's album, Self Talk, here.