Staring Down the Barrel with Aldous Harding

We chat to the singer-songwriter about her polarising performances. 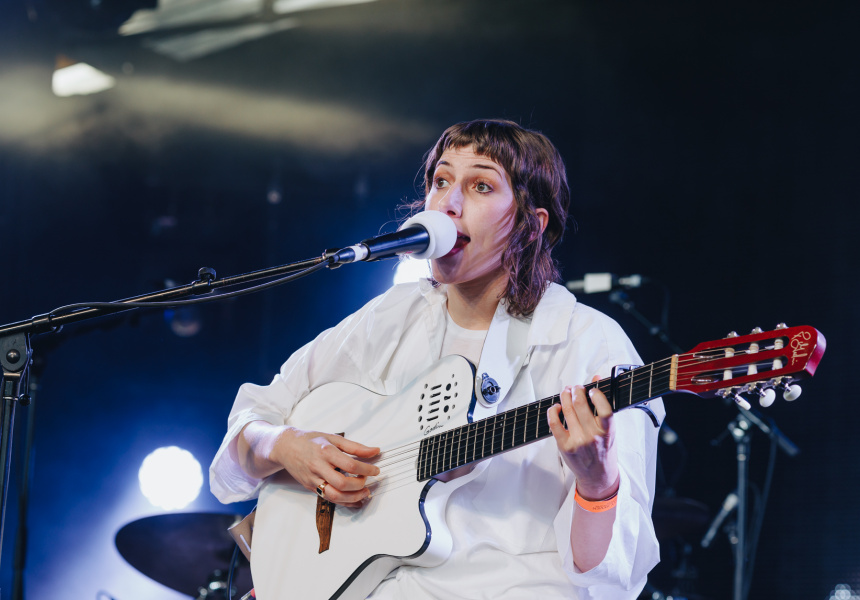 Party by Aldous Harding has every right to stake its claim as the best album of last year. The power of Harding’s voice was only hinted at on her self-titled debut, but on Party that voice transforms restrained piano and electronic drum patterns into songs that are towering monoliths.

The disappointment of un-met expectations is brought up more than once on Party. At the same time, Harding’s lyrics push back against the expectations placed on the singer. “Here is your princess … and here is the horizon,” sings Harding.

Her lyrics can be dense and obtuse. Sometimes they’re blindingly direct and in other moments Brothers Grimm fanciful. The play between impenetrability and being welcomed into an inner sanctum is what makes her music so exciting.

“I want people to feel a certain way… The idea that they don’t isn’t always devastating because it’s out of my control. I don’t want people to think it’s ridiculous, but of course a lot of people do, but I can’t do anything about that,” Harding tells Broadsheet.

What some feel is “ridiculous” comes in a large part from her confrontational and polarising live shows. Look no further than a muscular performance of Horizon last year on Later… with Jools Holland to see why. Harding takes a defiant pose, dressed in double white denim. It’s a commanding, unsettling, highly choreographed performance and Harding understands why some find its contrivances off-putting.

“I guess … it doesn’t feel 100 per cent earnest,” she says. “Or maybe they struggle dealing with the fact that a lot of it is really considered and calculated. It’s part of doing this, isn’t it?”

Throughout the performance Harding fearlessly stares down the audience like she’s checking the barrel of an old shotgun for cobwebs. Even the shooter behind the camera seems afraid to meet her gaze. It’s hard not to view the grimaces and facial contortions in the performance as a direct challenge to entrenched male ideas of femininity, but some of it simply comes down to necessity.

“To be honest, I’ve always done fucked up things with my face to get the sounds out. When I try not to do it, I can’t get the sounds that I need. I’m not interested in looking beautiful.”

A moment during her set at Meredith Music Festival last year highlights the objectification women – and women performers – face constantly. Simply taking off her jacket elicited a lewd whoop from the audience.

Intentional or not, Harding’s performance style has been met with disdain from some online. The overwhelmingly positive comments on the Jools Holland YouTube video are also peppered with the opinions of people troubled by a woman who refuses to conform.

“She's actually very attractive but here she looks like she's escaped from the nut house. Amazing what gurning and cutting your fringe with a knife can do” – Rusty Nail.

Far from screaming goats, her vocal range can veer wildly from hushed and conspiratorial to baritone mutterings. Then out of nowhere come toe-curling notes powerful enough to render the listener immobile. It receives the same criticisms of affectation levelled at artists such as Bjork, but like the Icelandic singer, her vocal tics are the sound of an adventurous musician fully exploring the tools at her disposal.

“Sounds like she threw Lorde, Joanna Newsom, and twisted versions of Björk, and Patti Smith in a blender,” says Jiminy, another YouTube commenter.

It’s no accident Harding is spoken of in the same sentence as those groundbreaking musicians. She’s brave, technically gifted and experimental. And she takes criticism – anonymous and not – voiced on the internet in her stride.

“I mean, yeah, it’s fucked up, but there are moments in my shows that are pretty fucked up … God speed to them. I’m just doing my thing, it seems to be working okay.” 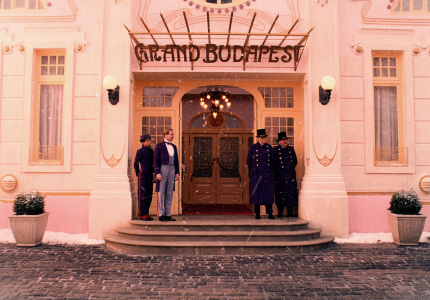