50,000 New Harry Potter and the Cursed Child Tickets Have Just Been Released

The production has broken awards records in the UK, and the Melbourne show was an instant hit. Set your alarms, folks. 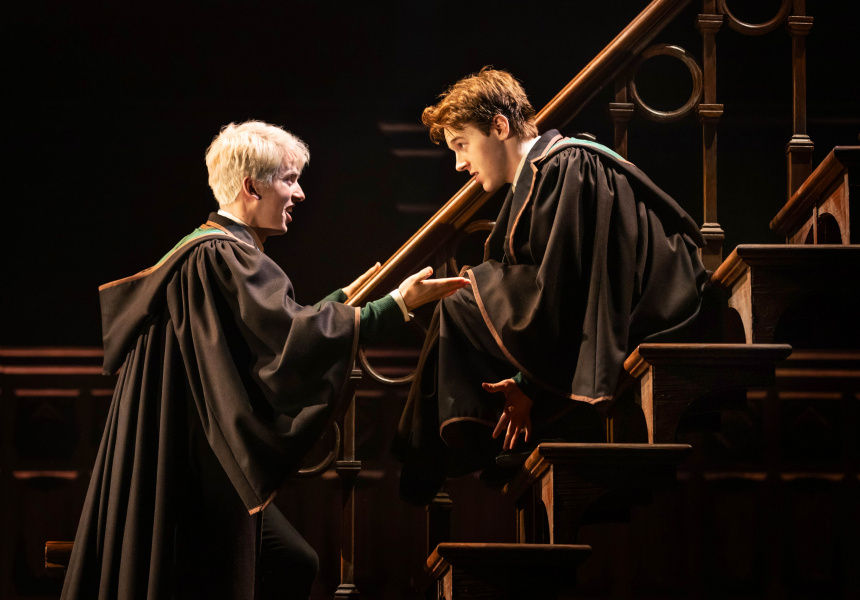 50,000 new tickets for Harry Potter and the Cursed Child will go on sale to the general public on Tuesday May 7 at 11am.

The Melbourne stage show, which was an instant hit, is based on the Harry Potter book series by JK Rowling. Rowling co-wrote the play with BAFTA and Olivier Award-winner Jack Thorne. Melbourne is the third city in the world, after New York and London, to welcome the play.

The show brings to life the eighth book in the series, picking up 19 years on from the end of Harry Potter and the Deathly Hallows and the death of He Who Shall Not Be Named, and is the first book to be translated into a stage performance. It follows Harry’s children’s time at Hogwarts and his own career as a celebrated Aura – a dark wizard catcher.

The new-release tickets are for performances up to and including Sunday March 22, 2020. The play is shown in two parts at Melbourne’s Princess Theatre, with each one running for around two-and-a-half hours.