Woolworths and Coles are racing each other to save the planet. Finally. 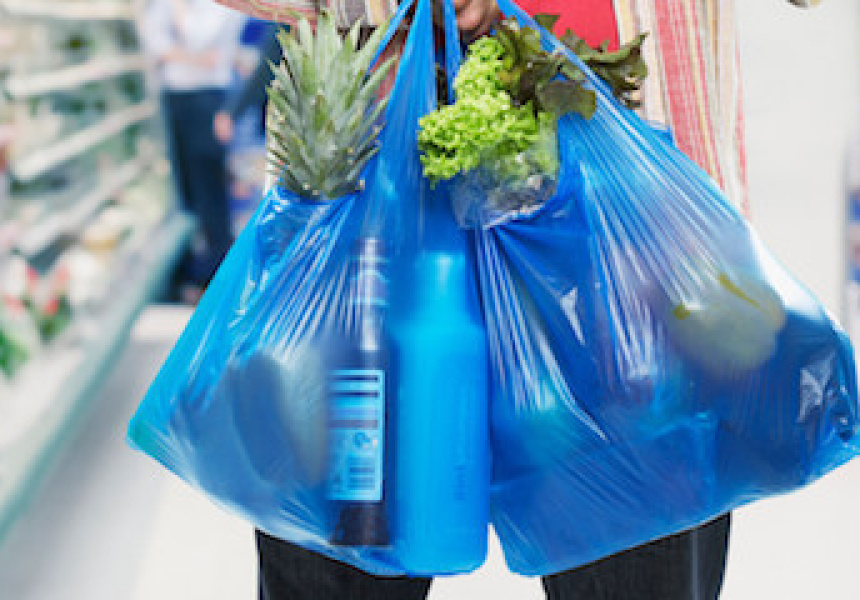 Bad news for anyone who found the plastic bag scene in American Beauty inspiring.

Both Woolworths and Coles have announced they will be phasing out the use of free single-use plastic bags in their supermarkets over the next 12 months.

The company expects to start phasing out the existing bags in August.

In their place Woolworths will offer multi-use hessian bags for sale. Plastic bags will still be available but will be more durable than those currently provided and cost 15c.

The decision will affect stores in Victoria, New South Wales and Western Australia. The chains’ supermarkets in South Australia, the Northern Territory and Tasmania have already been affected by state-wide bans. Queensland is set to enforce a similar ban in 2018.

Woolworths was the first of the two supermarket giants to make the call followed by Coles three hours later. Could this be a world first where major corporations actually race each other to save the planet?

Banucci also suggested his chain would be moving away from the plastic packaging of fruits and vegetables saying, “our customers can also expect further commitments in reducing plastic use in all parts of our supply chain, especially in fruit and vegetables.”